The Women Of Perryville Speak: Firsthand Accounts Of An Arizona Prison Infected With COVID-19 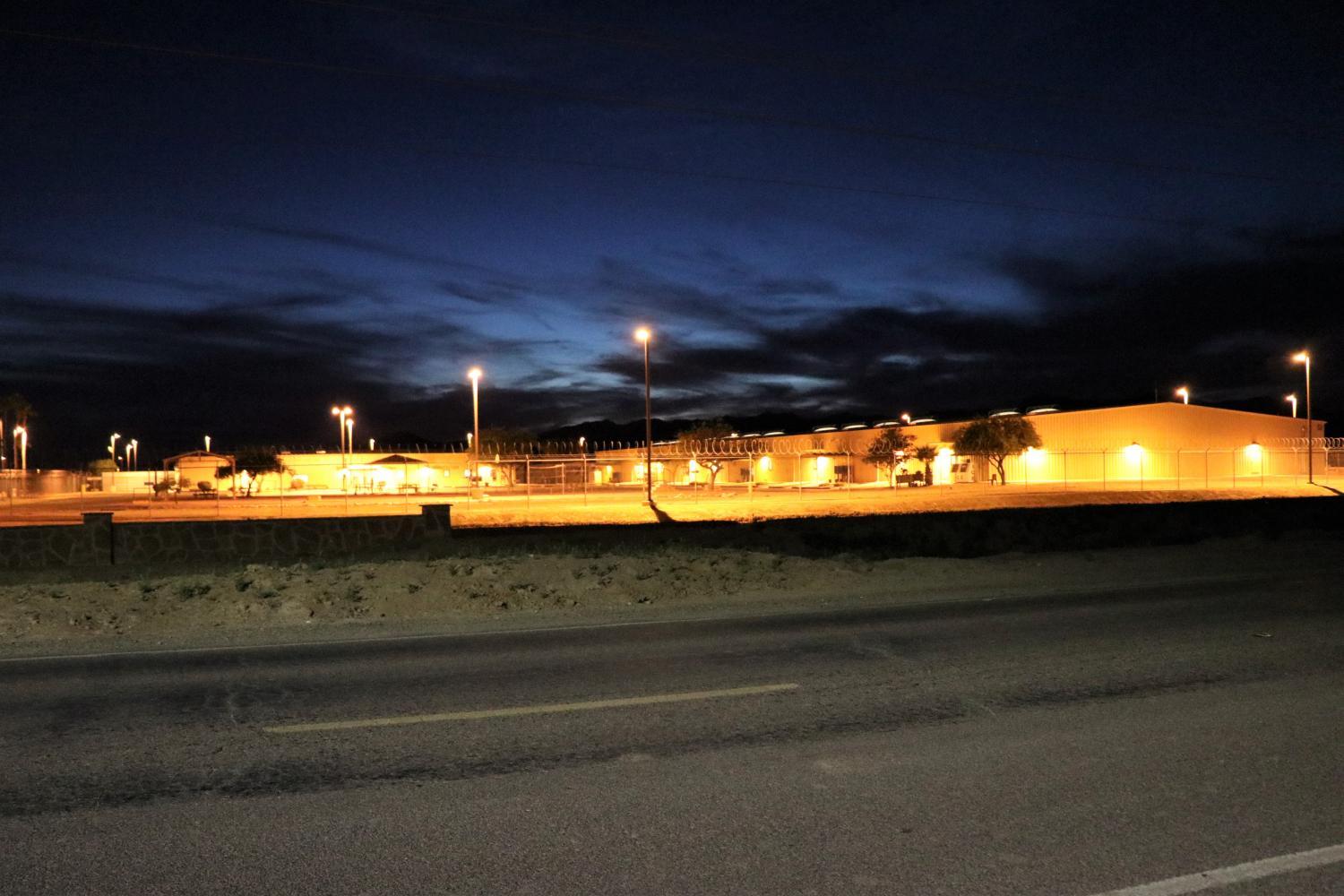 Gayle Larassa didn’t think she was going to make it out of Perryville alive. Soon after she was incarcerated at the Arizona women’s prison in 2019, Larassa was diagnosed with cancer and given just months to live.

“I was really, really, sick and for sure thought I was going to die,” Larassa said of the effects of her chemotherapy treatment. “I couldn’t eat. I couldn’t drink anything. I couldn’t get out of bed.”

Due to her imminent death, Gayle was granted an early release by the Arizona Board of Clemency at the end of January 2020. But because Gov. Doug Ducey refused to sign her commutation papers, Larassa was held in prison until April 30.

In her final months in prison, Larassa believed that if the cancer didn’t kill her, COVID-19 would.

“I was terrified,” Larassa said. “Because most of the guards aren’t wearing masks, and none of the women in the general population wear them either.”

Larassa says only the women in the infirmary where she lived were provided masks. “And I would have worn three of them at a time if they had let me,” she said.

Larassa says based on what she saw in the infirmary, she believes the prison is not prepared to deal with an influx of seriously ill inmates.

“The medical staff does the best they can, but they don’t really have any equipment or anything to deal with really sick people,” she said. “I mean they’ve got the beds that go up and down — some IV machines. That’s about it.”

Larassa said she met inmates in the infirmary with severe health conditions who she thinks should be released. She said one woman was developing dementia and unable to care for herself.

“She can’t even get off of the bed,” Larassa said. “They have to feed her. They have to wipe her when she goes to the bathroom. She shouldn’t be in a prison setting.”

Larassa says there are lots of women like her at Perryville with underlying conditions that make them vulnerable to COVID-19.

“People like me, with no immune system, are totally exposed to all these other patients with serious diseases,” she said.

Larassa is planning to return home to her family in Massachusetts. “I’m a fighter — I’m not ready to go yet,” Larassa said. “I got things to do.”

She says she feels lucky to have left the prison when she did. She wants to spend her last days catching up with her family, baking, and advocating for the women she left behind at Perryville.

A woman who KJZZ is identifying as Renee currently lives in a small cell with one other inmate at Perryville. She says it has always been difficult to keep her living space clean.

“Inmates are forced to use their own personal shampoo and soap to clean their cells, toilets, sinks and floors,” she said.

Excerpt of an email from Renee.

Renee says the showers at Perryville are full of mold and years of dirt and dust have built up in the ductwork of the prison, which she believes is the reason so many women there have respiratory problems.

Renee has a heart condition and a compromised immune system, and she fears she may have been exposed to the coronavirus.

She says she has been asking to be tested for COVID-19 for weeks. “People are going to medical with symptoms, but they are being turned away if they don’t have a fever,” Renee said.

Renee says social distancing is impossible where she lives. She has been trying to avoid large groups of women, and she buys food from the commissary instead of going to the kitchen every day.

She says the Arizona Department of Corrections staff members do not wear the masks they have been issued, and they don’t take the threat of COVID-19 seriously.

Renee says the deputy warden recently told the women at Perryville they “had it good in here” because they are able to purchase items like toilet paper that are scarce on the outside.

But Renee says the prison is lacking basic necessities. She says Department of Corrections is only offering the indigent women small bars of soap, and the supply rooms are always out.

“It is honorable that they are helping other units with staffing,” Renee said. “However this will lead to more infection and cross contamination throughout the prisons.”

“Measures could and should have been taken before staff and inmates started getting sick,” Renee said. “The prisons should be proactive, not reactive!”

A current Perryville inmate KJZZ is identifying as Izzy says she has seen incarcerated women face retaliation after discussing the conditions in the prisons with their loved ones on the outside.

Izzy says one fellow inmate was punished for discussing her concerns about COVID-19 with her boyfriend.

Excerpt of an email from Izzy.

Izzy said she is only getting one small bar of “hotel” soap each month, and the guards throw it on the floor of her cell when they deliver supplies.

She believes inmates are being moved around the prison to make room for a quarantine area.

So far, there has only been one Perryville inmate tested for COVID-19 out of a population of more than 4,000 women. That woman’s test recently came back positive.

Izzy said there are many women at Perryville who are displaying COVID-19 like symptoms, and she fears there are actually many more positive cases.

A formerly incarcerated Perryville inmate named Ruby was recently living on the San Pedro Unit, where the first COVID-19 positive inmate was identified.

She says daily rituals like using the phones to call her family made her feel like she was risking her life.

Ruby says she used her own bathing soap to wipe down the phones and other communal areas because she feared contracting COVID-19. She says Department of Corrections officials told the women they were responsible for keeping the prison clean, but rarely provided them with the necessary supplies.

“They did give out a 2 inch by 2 inch rag to everybody to clean your rooms right before I left,” Ruby said. “But they give us no cleaning supplies to clean our room — no disinfectant.”

Ruby said she fears now that COVID-19 has been confirmed in Perryville, it will spread quickly. “It’s not possible to social distance in there,” she said. “When you line up for the store, there’s at least 50 girls that are all crowded in one area.”

Ruby said while she was at Perryville in mid April, correctional officers were still downplaying the threat of COVID-19.

“They’ll tell you it’s just like the flu,” she said. “A lot of them walk around with no masks on. Or if they do wear them, they hang down around their necks.”

Even before the threat of COVID-19, Ruby says conditions at the women's prison were deplorable. “There are bugs in the food — rocks in the food. The kitchen smells disgusting,” Ruby said. “Pigeons poop on the food trays that are left outside after meals — it’s just awful.”

Ruby says the mood at Perryville is grim. “Everybody is scared. I am getting emails every day from my close friends who are still inside, and they are very worried. Everybody is freaking out. Everyone is panicked.”

“We didn’t sign up for a death sentence,” Ruby says of the COVID-19 threat. “We signed up to do our time and come home to our families.”

Ruby says she is most concerned for the women at Perryville with underlying medical conditions.

“If they contract this virus, they will not survive,” she said.

She believes all the women should be tested for COVID-19, and the state should release women from Perryville to prevent the virus from spreading further.

“We are human beings,” Ruby said. “No one deserves to be trapped in prison and not have a fighting chance against this virus.”