From Art To Film: Here's How To Participate In COVID-Postponed Arizona Events 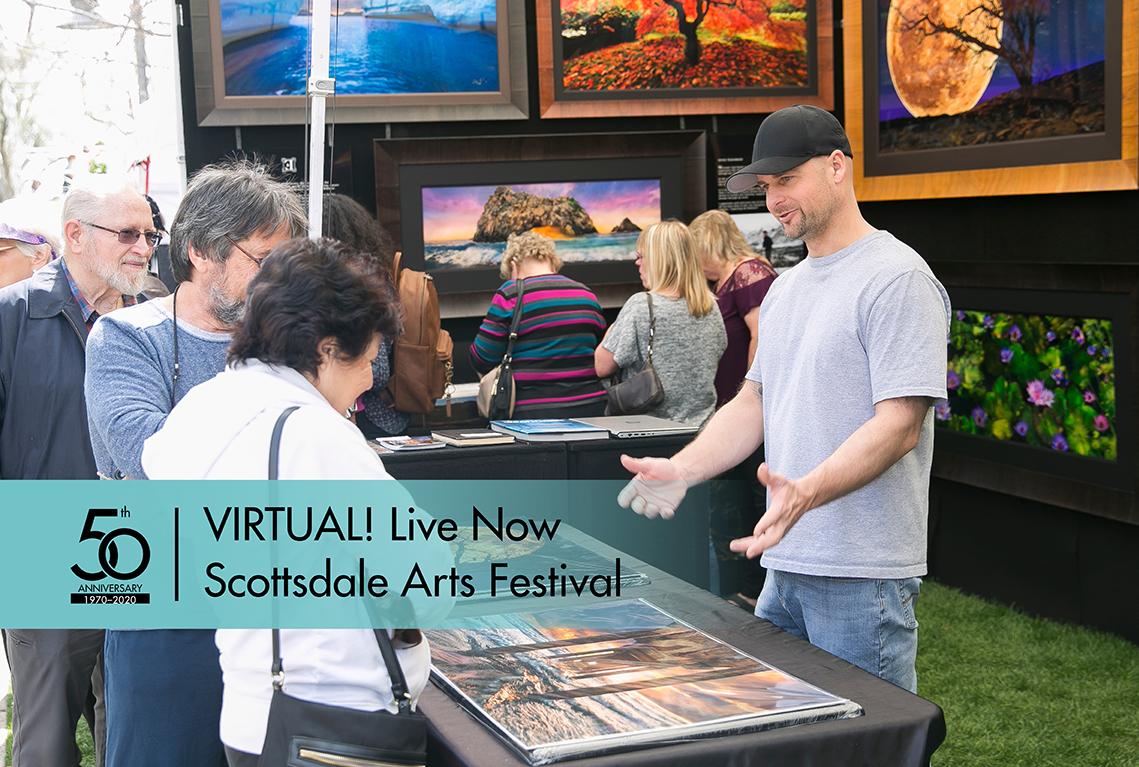 The debate around when to lift the stay-at-home orders continues at both the state and national levels. And the effects of quarantining have impacted many facets of our lives. Concerts, games, election rallies and more have all been canceled. The need for social distancing has set back plans for months, possibly for the year.

"It was really rough just because, you know, it basically stopped our festival from happening," Phoenix Film Festival executive director Jason Carney said. "We were all good to go. I think we were, what, maybe three weeks out at that point when just started to really kind of hit hard. We just sent our program to the printer, and all that was going on, you know, we had our passes, we're killing it, we're well ready and then just boom, you're like it's, it's not happening."

This year the festival turns 20. He and fellow festival organizers were ready to roll out the celebratory year, with posters, programs, and more.

While the loss of revenue is a hard blow, those involved in events that are celebrating big anniversaries say the biggest loss is the chance to celebrate with the community.

"It was a really gut wrenching and heartbreaking decision to close the festival," Scottsdale Arts President and CEO Gerd Wuestemann said. "And we held out as long as we safely could. But in the end, it was an easy decision to make. It was incredibly sad because it was the festival’s 50th anniversary. Of course, that's a really big milestone, the longest running arts festival in the nation. And having to not be able to celebrate this was just really sad for us."

But it’s not been a total loss. Some events have gotten creative, shifting their events to an online platform. And that’s exactly what the Scottsdale Arts Festival  has done.

"What we did is we created a portal and set up this incredible mechanism where every single one of these artists is represented through our site," Wuestemann said. "We messaged this out to about 100,000 households, and everybody can now click on the link, go to our virtual Arts Festival. Look at all of these artists’ webpages and and buy and order stuff from them."

The Phoenix Film Festival still plans to hold its event sometime this year, but in the meantime organizers got creative in engaging the community as well.

"We did something where you can buy a festival pass for life, and we have a few of those," Carney said. "And we did something fun on the donation side where you could purchase a box of unusable programs. And we'll recycle them in your name, because they're not really helpful now. But we're also doing something cool, PFF (Phoenix Film Festival) Home Movies, where we work with some distributors to show some films online, and we get a portion of those proceeds."

It remains to be seen how the coronavirus will affect our lives moving forward, but we can say it has spurred creativity, patience, and perhaps a bit of humor as we navigate connecting with each other in new ways.