From Best Of Times To Worst: A Tale Of 2 Phoenix-Area Bookstores 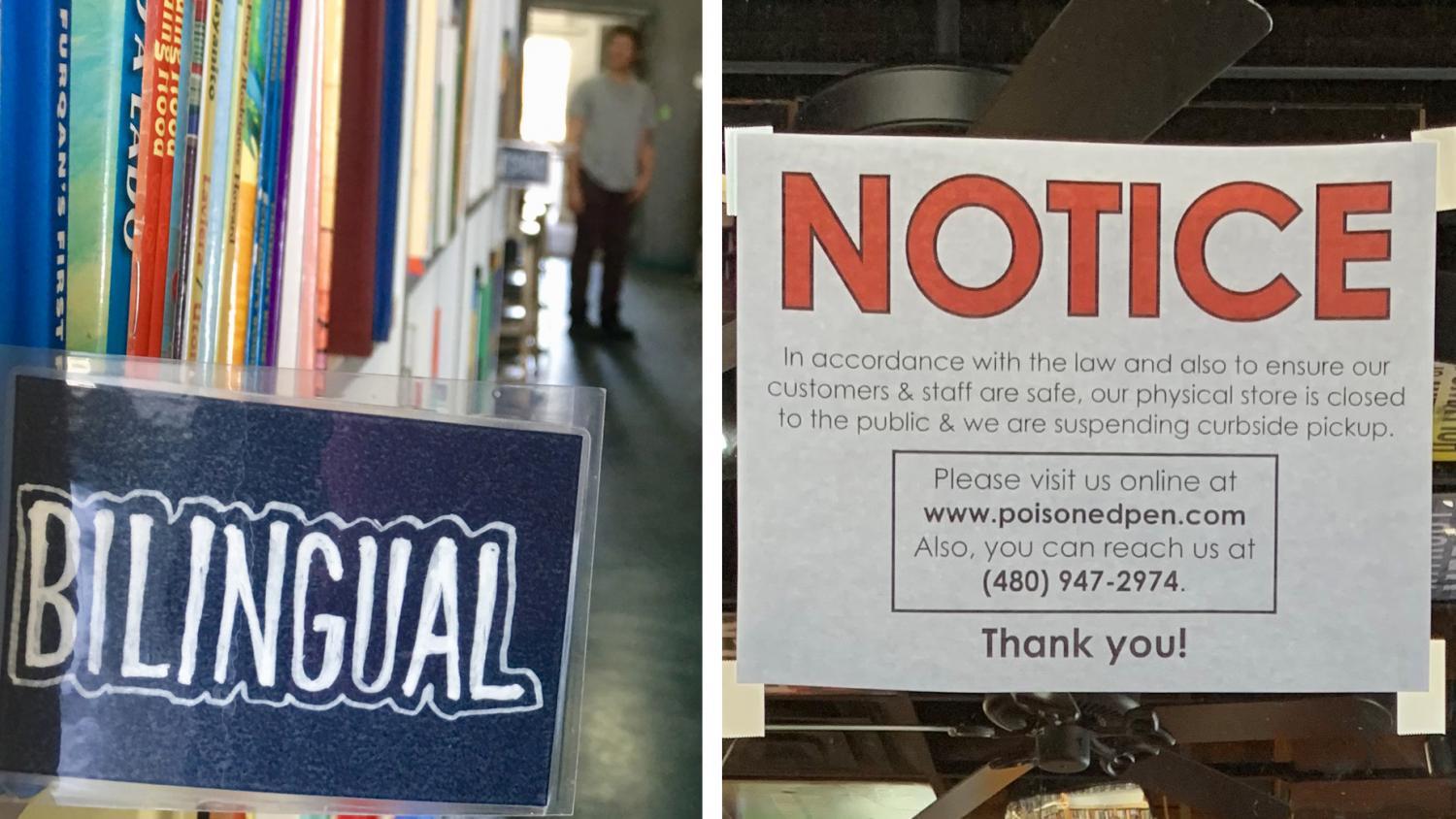 At this time last year, KJZZ launched a series featuring locally-owned bookstores. The series coincided with Independent Bookstore Day, which, like many events, has been postponed this year. Revisit two of those featured stores to see how they’re doing in this era of social distancing.

When I met Rosaura “Chawa” Magaña last year she was preparing to quit her full-time job to focus solely on running Palabras Bilingual Bookstore in Phoenix. Palabras is Spanish for words.

“The mission behind the bookstore is to promote cultural representation and diversity through literature, language and the arts,” she said.

Beyond the bookshelves, the store provides a safe, encouraging space for community gatherings, workshops and events like open mic nights for people of color. This weekend’s open mic event will be conducted by video conferencing, a new venture for Magaña. She used it during a book club earlier this month.

Also new to Palabras: curbside pickup and online ordering. Online orders cost her more in fees than if someone buys a book face to face. To compete with bigger retailers, Palabras offers free shipping. Online orders for children’s books include free coloring sheets made by local artists. Plus, every online order is entered into a weekly drawing for a prize.

“It’s nerve wracking because you’re not making as much and you’re spending more money in order to make money,” Magaña said. “But I also do understand the privilege that I have that I’m still open. There are so many businesses that had to just completely close so I’m very, very grateful that I’m still able to operate in the way that I’m operating now.”

Permanently closing was a fear for Barbara Peters after the terrorist attacks on Sept. 11, 2001.

“The airlines all grounded for some period of time,” she said. “It was impossible to bring authors into the store, the tourist business died down and it was a terrible cash flow problem.”

Every year The Poisoned Pen in Scottsdale hosts hundreds of events. Between January and mid-March, more than 60 authors visited Peters’ store to talk with readers and sign books. While virtual events can fill the void, Peters says they’ll never replace in-person events.

"You really miss the energy in the room ... You can't replace that with a virtual event."
— Barbara Peters, The Poisoned Pen Bookstore

After 30 years in business, The Poisoned Pen has developed a loyal customer base with strong online sales.

Our goal, which we’ve succeeded in doing, was to keep everyone on staff employed at the same salary level with the same medical insurance and to keep our customers happy,” Peters said.

She said they’ve actually seen an uptick in sales, but doesn’t expect it will last. Publishers are delaying book launches, and Peters says at least three publishing warehouses have temporarily closed.

“If the shipping system isn’t working or the warehouses for the publishers close or whatever then we reach a point where we have to work out what it is we can do to stay open,” she said.

Peters has applied for two federal loans, including one that will be forgiven if most of the money is used to keep her 18 employees working.

At Palabras Bilingual Bookstore, Magaña and her partner, Jeff Slim, operate the business with some outside social media help.

“If I don’t sell books, then I don’t succeed and I don’t have a business anymore.” Magaña said.

She said Palabras is about more than sales.

“I don’t think people support my bookstore because I have all the latest and greatest authors coming in or I have the most stylish store or perfect marketing or any of those things,” Magaña said. “I think that people support me because they know that I support them.”

"I think people support me because they know that I support them."
— Chawa Magaña, Palabras Bilingual Bookstore

During this pandemic she thinks more people are recognizing the importance of community and the value locally-owned independent businesses bring to their cities.