Reduced Traffic Has Led To Fewer DUI Arrests In Arizona 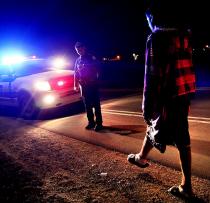 With bars and pubs closed down and fewer cars on the roads, Arizona is seeing a significant decrease in DUI arrests.

From January to mid-April last year, more than 7,500 drunk drivers were apprehended in Arizona. In that same time span this year, the number of DUI stops has dropped to just over 5,000.

Traffic accidents in general are down tremendously, as Arizona state troopers noted nearly a 75% decrease in investigated collisions between the first and second halves of March.

"It definitely has to be the issue that is less traffic on the highways and less people who are drinking and driving afterwards," said Alberto Gutier of the Arizona Governor’s Office of Highway Safety. "Two thousand less DUI arrests is good because it keeps our public who is on the highways safe.”