Business As Unusual: Phoenix Restaurants Coping With A Crisis 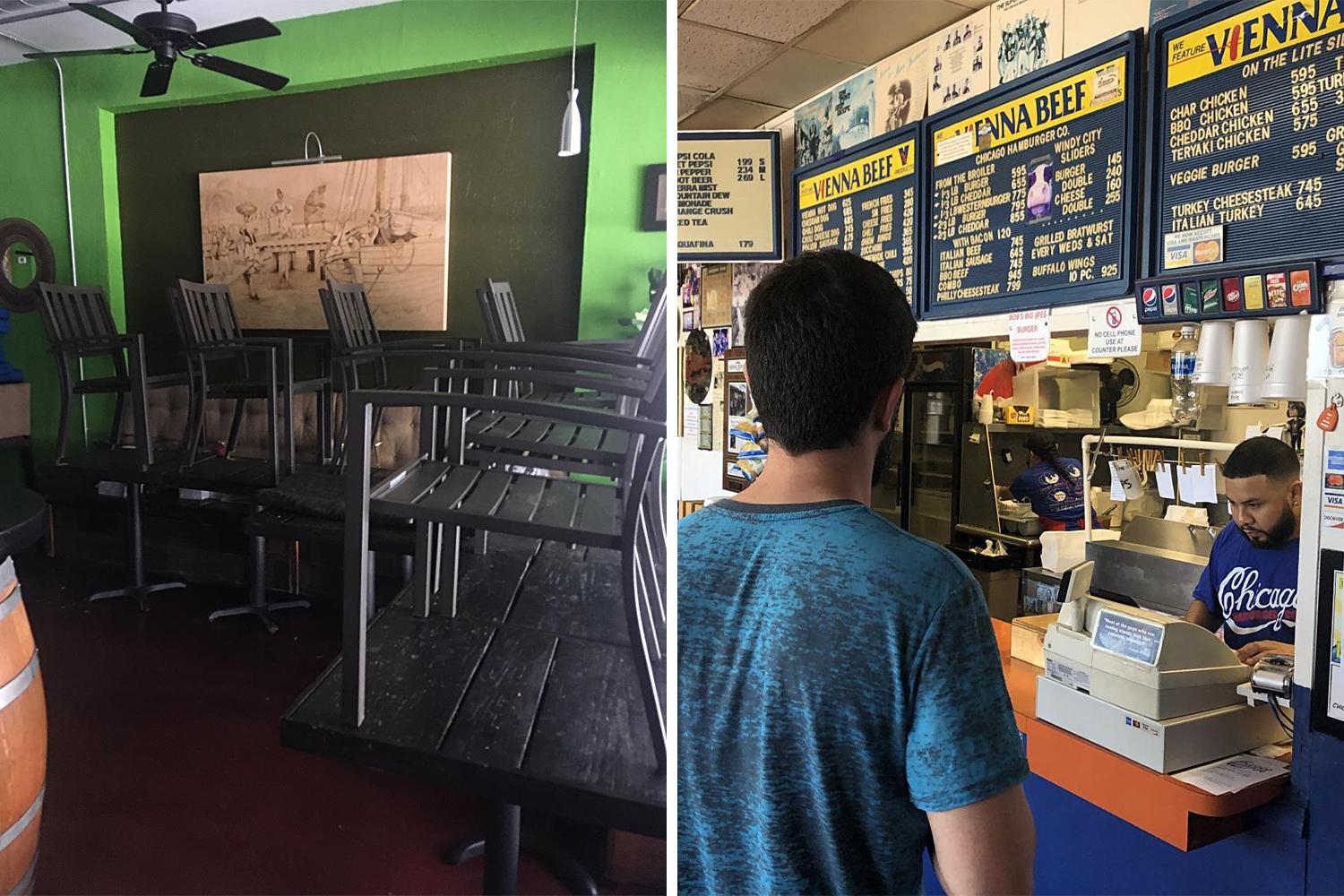 The Arizona Restaurant Association says there are more than 10,000 dining establishments in state. Some are still open, many have temporarily closed and others may never reopen. Over the next few months, KJZZ will follow two Phoenix restaurants through the crisis. Meet the local owners behind two different restaurants sharing the same mission: to serve their communities.

"Kinda like a 'Cheers' type situation, except I don’t have booze," he said.

For 31 years, Bob’s been serving Chicago style hot dogs, sliders and Italian beef sandwiches at the corner of 38th Street and Indian School Road. When the state restricted restaurants to takeout only, Bob cut hours to lunch only.

"I realize I’m exposing myself to 40, 50, 60 different people a day whose money or credit card I’m handling. That doesn’t sit well with me."
— Bob Pappanduros, Chicago Hamburger Company owner

On a recent weekday, a customer asks if the restaurant is doing OK and Bob replied, "Yeah, yeah, doing the best we can."

The best they can is 35 to 40% of normal sales. During the Great Recession, Bob says they maintained 90% of business. His seven employees are working fewer hours — between 10 and 30 a week — and Bob is no longer paying himself. But that’s not his biggest concern.

"I realize I’m exposing myself to 40, 50, 60 different people a day whose money or credit card I’m handling. That doesn’t sit well with me. I take that chance home with me," he said. "I live with that fear of taking it home because I have so many contacts with people every day, but I don’t have a way around that outside of closing the restaurant — and it’s not really an option, unless I’m told it is."

Dwayne Allen
At the Breadfruit and Rum Bar in Phoenix on April 8, 2020, the shelves are bare.

The Breadfruit and Rum Bar

While Bob delivers orders to customers waiting outside his restaurant, Chef Danielle Leoni is also outdoors.

"I am pacing in my backyard," she said.

Since Danielle and her partner, Dwayne Allen, closed The Breadfruit and Rum Bar last month, Danielle says she has to remember to breathe.

"That’s honestly something that I have to remind myself to do," she said. "I find that I’ll hold my breath because I’m so stressed out about stuff sometimes."

"If you want to ask me if The Breadfruit is going to be open or when, I still can’t tell you because there are so many unknowns."
— Danielle Leoni, The Breadfruit and Rum Bar co-owner

Rather than sit home and feel out of control, Danielle created a group called Arizona Small Restaurant Coalition. At last check, she had 1,130 members. They successfully lobbied the governor to temporarily prevent landlords from evicting small businesses over rent. Now, Danielle says they need help with the state’s sales tax.

"We did submit, so we filed so the state knows how much money we owe them, and we’re raising our hands and saying we understand that we’re responsible for this, I just don't have the ability to write you that check right now," she said.

Leoni’s not asking the state to erase her tax bill, but to eliminate late fees and interest charges.

"Restaurants are a cash flow business," Dwayne said. "So the money that comes in today pays yesterday’s bills."

Christina Estes/KJZZ
Executive Chef Danielle Leoni puts the finishing touches on a dish at the Breadfruit and Rum Bar in Phoenix in 2016.

With no money coming in, Dwayne says it’s eerily quiet at their downtown location. The wall that once held hundreds of rum bottles is empty. Pots, pans and plates are packed into boxes. There’s no laughter at the bar or chatter in the dining room but Allen’s found a way to fill the silence when he visits: he plays music.

"The way reggae music bounces off those walls is very distinct," he said. "I can play some Bob Marley at home and for some reason, it’s just so much different, even if it’s the same song, it’s just vastly different when you play it in that space."

Even though there’s no action in the kitchen, Dwayne can almost taste the jerk chicken and Jamaican curry.

It’s been three weeks since Danielle served customers. The Breadfruit experienced record sales in January and February before closing in March.

"If you want to ask me if The Breadfruit is going to reopen or when, I still can’t tell you because there are so many unknowns," she said.

Back at Chicago Hamburger Company, Bob Pappanduros doesn’t know how long his savings will last. He’s applied for federal loans, including one that will be forgiven if most of the money is used to keep his employees on the job. But banks have been overwhelmed with applications, and funding is first come, first served. Many small business owners worry the money will run out.

Like many Americans, Bob, Danielle and Dwayne are counting on elected officials.

REPORTER'S NOTE: Audio from the restaurant was provided by the owner at our request.