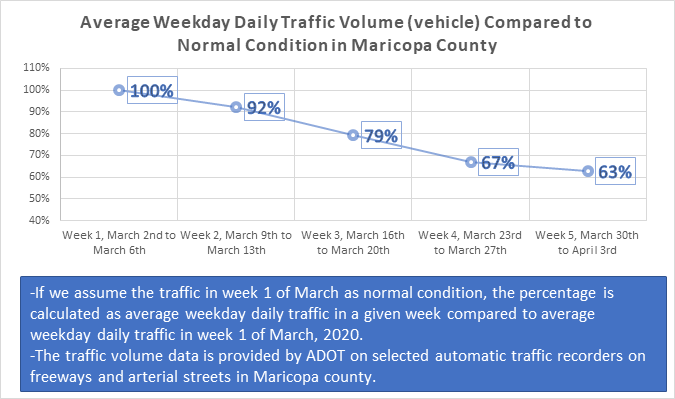 Arizonans staying home amid the pandemic are making a measurable impact on road congestion and air quality. Weekday vehicle traffic volume is down by a third since early March, according to the Maricopa Association of Governments.

More Valley workers are telecommuting than ever before, and if some workers continue to do their jobs from home after social distancing orders are lifted, Eric Anderson, executive director of the Maricopa Association of Governments, is optimistic that could create long-term benefits.

“Even a 5% reduction in travel, if people are going to be telecommuting more in the future, could have a big, dramatic impact on how our future transportation system performs," Anderson said.

Data from analytics company INRIX shows Valley travel speeds are up and travel delays are down. And with fewer cars on the road, satellite measurements show nitrogen dioxide in Phoenix’s atmosphere is more than 10% lower than at the same time last year.

To talk more about this is Eric Anderson, executive director of MAG. 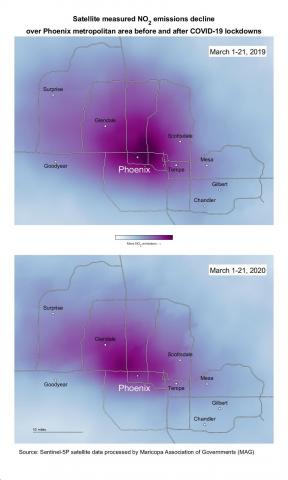 Maricopa Association of Governments
Comparing the same period of March 2019 to March 2020, findings show a reduction of 10.5% in nitrogen dioxide emissions.