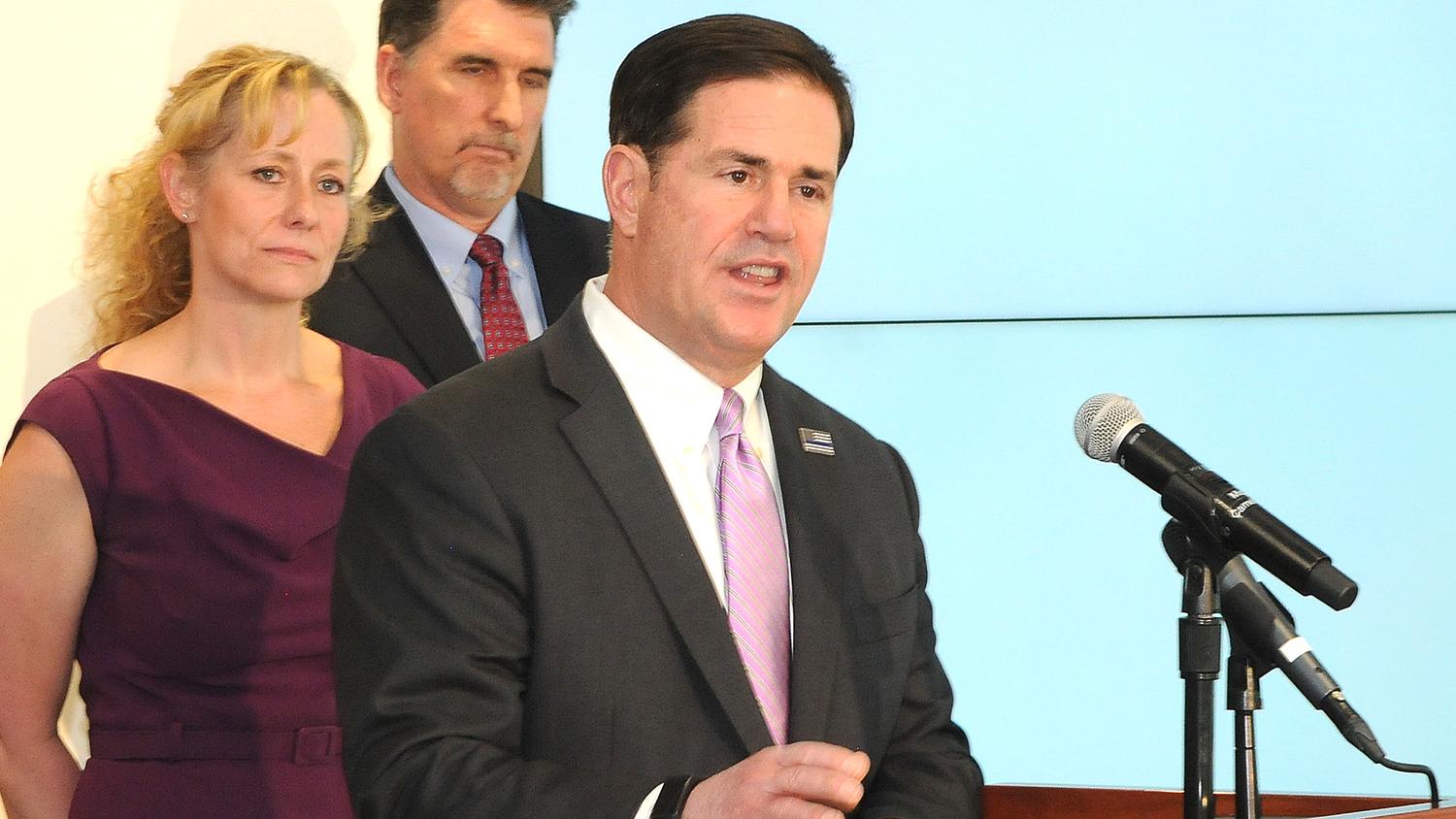 Gov. Doug Ducey held a press conference Tuesday, where he provided updates on the state’s effort to combat COVID-19. He tried to clarify his definition of "essential services," and he introduced Tom Betlach, the recently-appointed acting director of the Department of Economic Security which manages the state’s unemployment benefits program.

Betlach prefaced his department’s efforts by summarizing the volume of unemployment claims that have been filed.

Betlach said the department has never seen a surge of applications like this — including in the aftermath of the 2008 Recession. He discussed the measures DES is making to accommodate the traffic:

"We’ve increased our staffing to be able to answer the calls," he said. "We recognize it is challenging for individuals to get through ... We have seen the demand just surge to — at certain points in time — 70 calls per second coming into the state lines ... We went from roughly 20 individuals to roughly 150 individuals ... We are looking to increase staff and we are looking to partner with a private sector organization to expand our call center capacity."

Betlach concluded by summarizing the scope of the state and federal aid that new unemployment applicants can expect.

"If an individual was one of the 88,000 individuals that applied the week of March 29, and if they went in and updated their weekly claim as I described earlier, the first payment of $240 went out this week," he said. "But then, that’s going to be followed next week by the additional $240 that individual received, the $600 federal increase, the $240 retro for the one-week waiting period that we are now processing through the system, $600 additional for the week of April 5 and $600 for the week of March 29."

What does the influx of benefits claims at the Department of Economic Security mean for the people and families who now rely on unemployment benefits?

The Show spoke to Cynthia Zwick, the executive director of the group Wildfire — a movement to end poverty — about what this means for those already relying on benefits, and what impact this could have for people in the future.