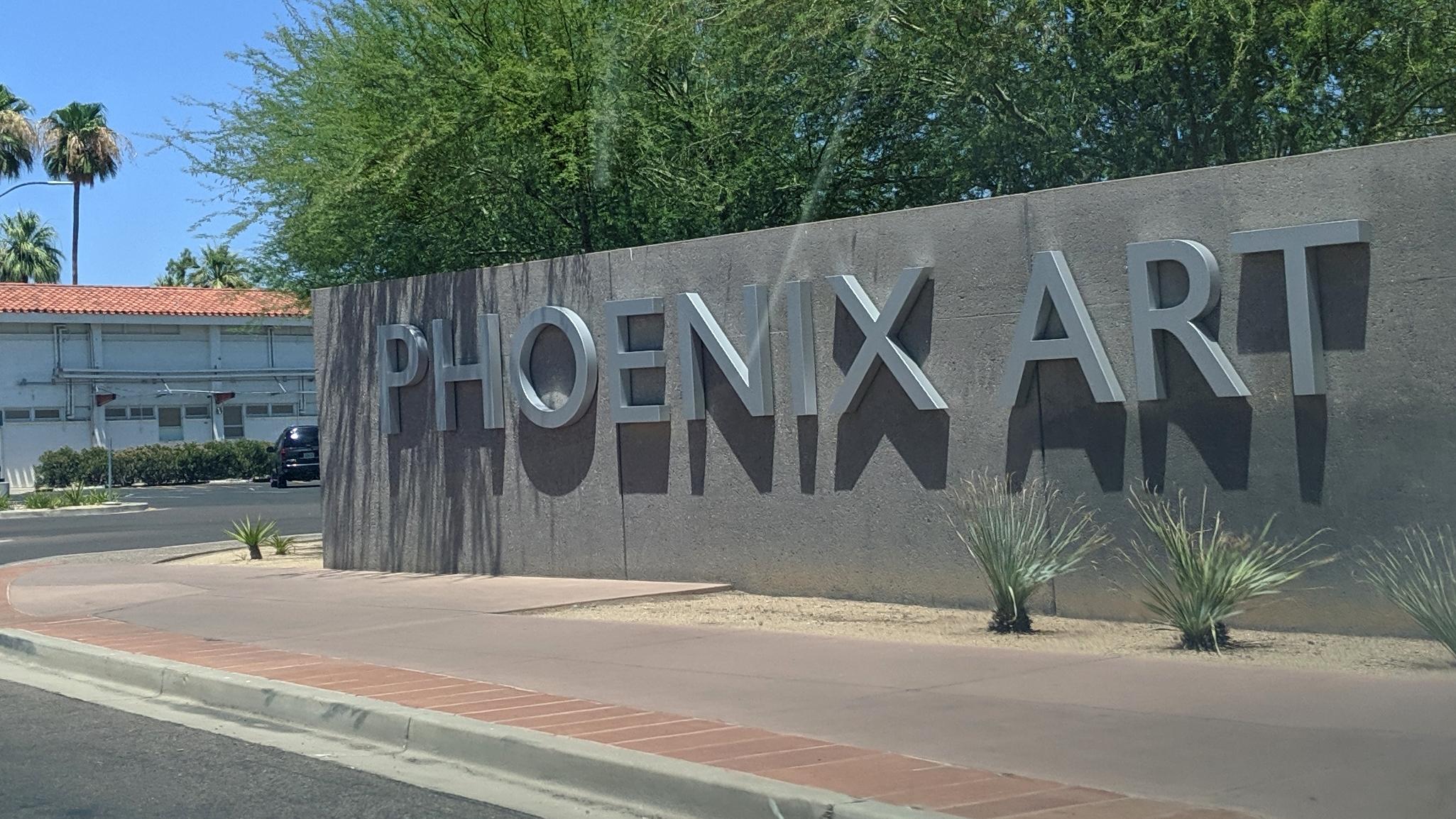 LAUREN GILGER: OK, Mark, so if you're anything like me, and as this pandemic continues, and so many businesses remain closed, you are probably spending more time inside than you're used to, especially this time of year.

MARK BRODIE: So much time. Maybe you’ve read through your pile of books to read or your kid has successfully watched "Frozen 2" what feels like 100 times — I have had the song "Let It Go" stuck in my head the last two and a half weeks. Maybe you just need something else to do at this point.

GILGER: Well, you’re in luck. Many establishments are going virtual as a way to connect. For example, here the Phoenix Art Museum launched what they’re calling “virtual visits” and have put more than 19,000 pieces of their art online for you to browse. And the Musical Instrument Museum is letting you travel around their corridors via Google Maps to experience all of their collections.

BRODIE: Now to try to discourage people from gathering but still encouraging people to explore the outdoors, the National Park Service has set up webcams and virtual tours of their parks. That includes the Grand Canyon, which of course closed last week, where you can view the South Rim in real-time or take an online rafting trip down the Colorado River. Probably a lot safer than the real thing.

GILGER: Yeah. Not as wet either.

BRODIE: No, definitely not.

GILGER: Through 3D documenting, you can walk through the halls of Frank Lloyd Wright’s Taliesin West in Scottsdale, or for $25, you and the family can enjoy the Arizona Theatre Company’s performance of the comedy-musical "The Legend of Georgia McBride" from the comfort of your own couch.

BRODIE: Maybe you're interested in history. You can now view the USS Arizona Memorial Gardens at Salt River that just opened in February. It pays homage to those who were in the attack in December 1941. You can get an aerial view of the memorial as well as videos and a podcast explaining how it came together.

GILGER: And maybe your family is tired of you making the same thing for dinner every night, trying to use up what you collected at the grocery store the last time you stopped there. So, three Phoenix chefs have been using their social media accounts to make videos teaching you how to cook some of the things they're most known for. The duo behind Saint Pasta shared how to make the best red sauce while James Beard nominee Samantha Sanz posted a plant-based recipe to make the best out of those vegetables that may be going bad otherwise in your fridge, Mark.

BRODIE: It sounds like there is actually a good amount to do. A lot of museums and as we talked about some other performing arts venues have posted stuff online. Lots of people are doing fun concerts online. So if you've got to be quarantined, at least there's good stuff to do.

GILGER: Definitely true. And I’d much rather learn how to make a great pasta sauce than pretend I’m going to learn Italian or something like that at this point in my life.