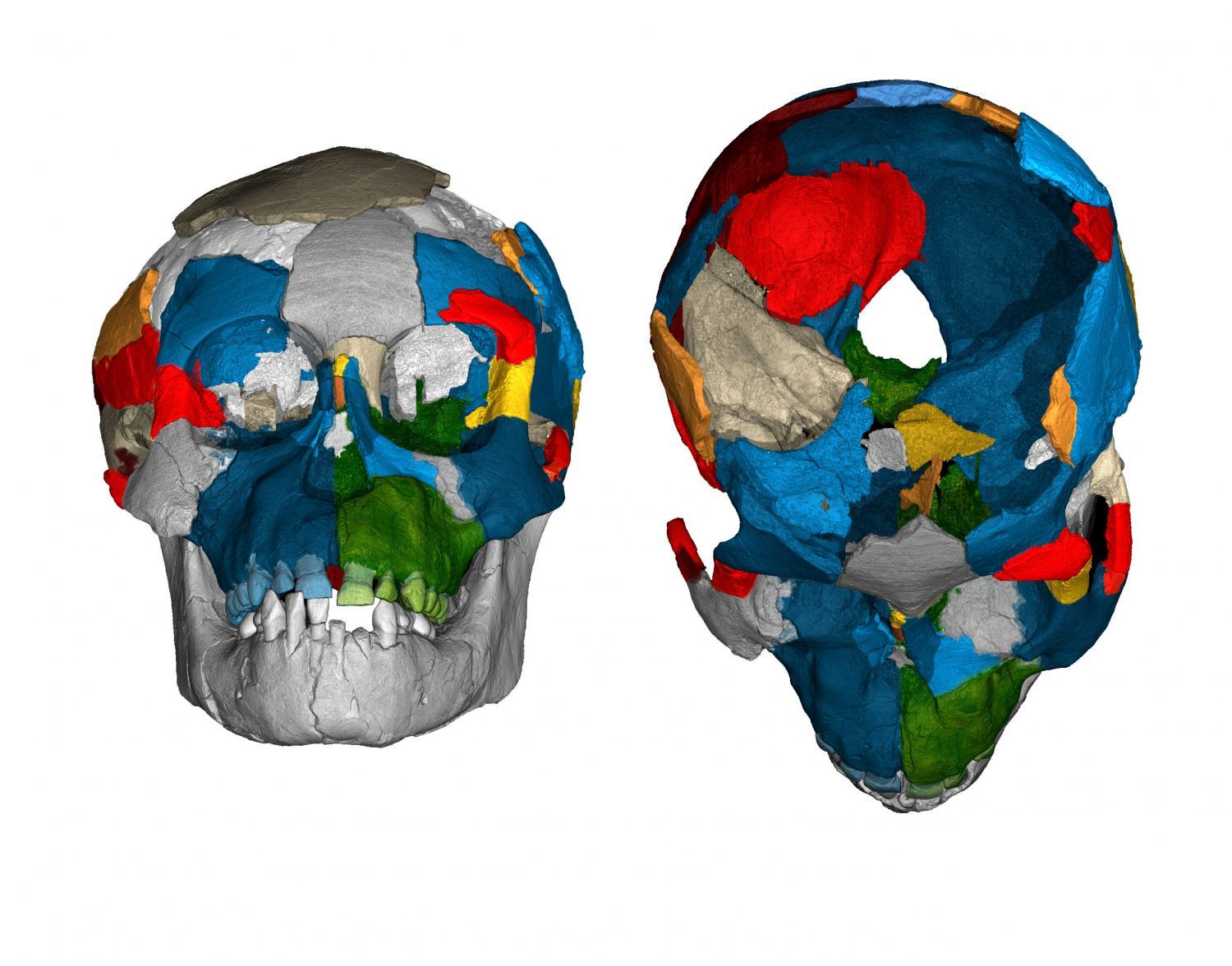 Anthropologists have long debated whether evolutionary changes that led to the modern human brain began with the Homo branch of the family tree or in much earlier ancestors like "Lucy." 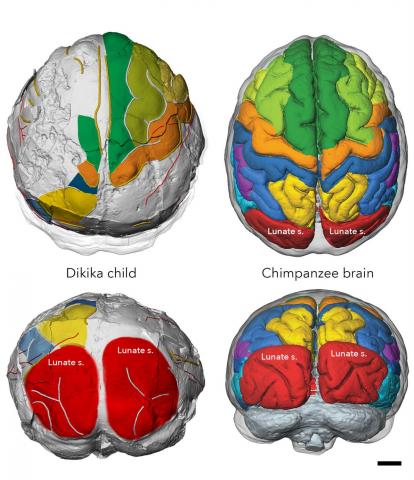 Philipp Gunz, MPI EVA Leipzig
Brains do not fossilize, but as the brain grows, the tissues surrounding its outer layer leave an imprint in the bony braincase. The Dikika child’s endocranial imprint reveals an ape-like brain organization, and no features derived towards humans.

Using CT scans of two infants and six adults from Lucy's species, scientists found Australopithecus brains were organized like those of apes.

But comparisons between infants and adults showed their babies' brains, like ours, grew slowly.

Co-author William Kimbel, director of Arizona State University's Institute of Human Origins, says this suggests human brain evolution did not occur all at once, but piecemeal and at different times.

"It started with a longer period of brain growth during childhood. And only later did the overall structure, in terms of proportions of different parts of the brain, came to attain human status," he said.

The findings were made possible by a higher-resolution CT machine that could be packed up and transported to Addis Ababa, where the researchers collaborated with the government to scan the remains at the National Museum of Ethiopia.

"These are insights that were waiting to be acquired as the result of the evolution of new technology," said Kimbel.