How Arizona Is Coping With Coronavirus: Douglas, Nogales 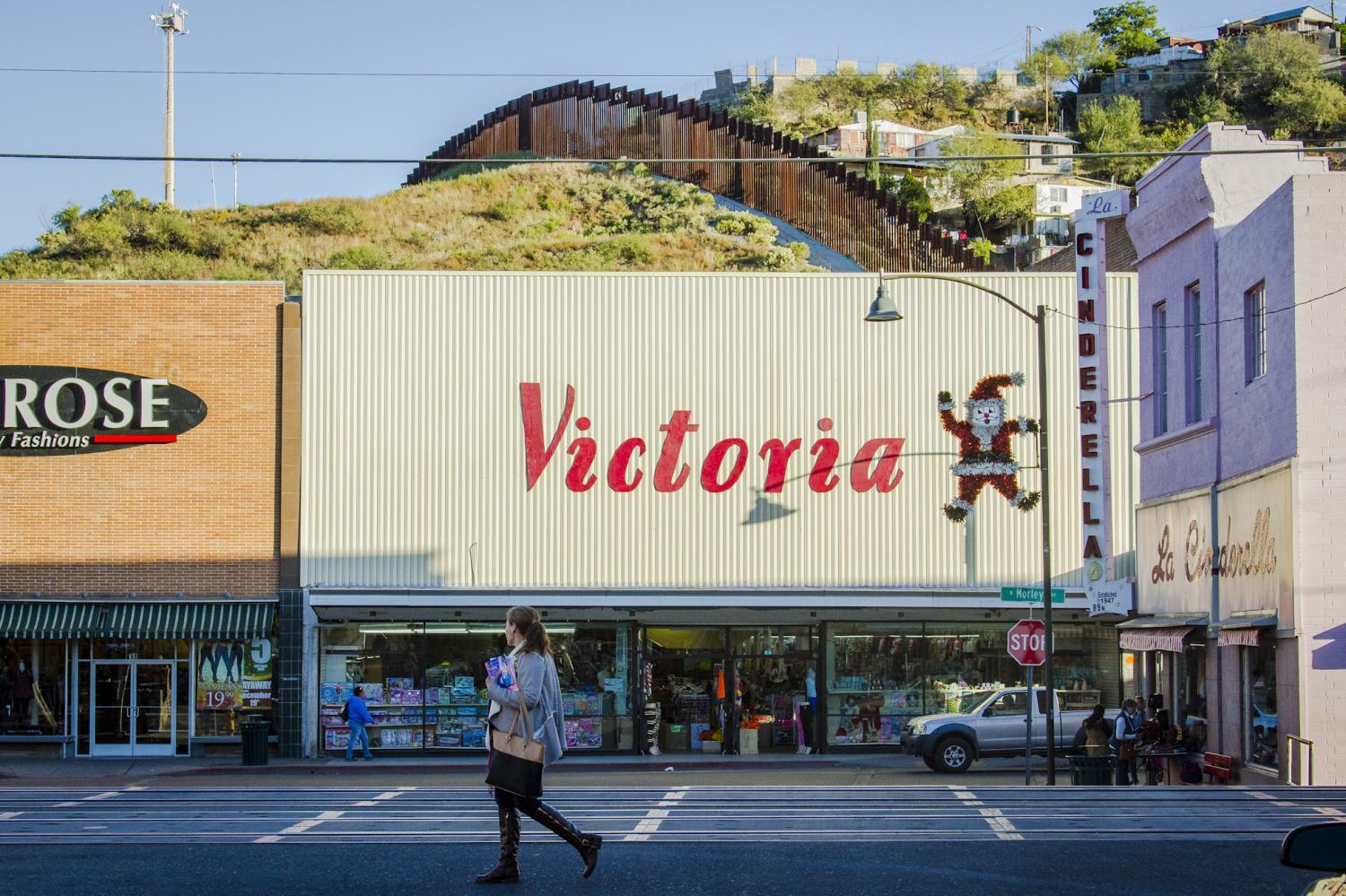 Murphy Woodhouse/KJZZ
Morley Avenue is the historic heart of retail in downtown Nogales. The coronavirus pandemic and border shutdown have hit it and other Arizona border cities.

Arizonans are feeling the effects of the global coronavirus pandemic in every corner of the state. But on the border with Mexico, communities with long histories of binational trade and cultural exchange are seeing unique impacts.

Last Fall, Santa Cruz County Supervisor and Nogales businessman Bruce Bracker thought it might be a good time to wade back into border retail. The city’s ports were again fully staffed, raising hopes of increased visits from Mexican shoppers. So, Bracker opened a clothing store in November in the old Nogales Woolworth building to liquidate a California friend’s merchandise.

“Everybody was looking forward to a good spring,” he said.

But in response to the pandemic, the United States and Mexico negotiated a border shutdown that would allow commercial traffic to continue flowing northward. There would, however, be limitations on the sort of pedestrian and personal vehicle traffic that Nogales merchants depend on. It went into effect about two weeks ago.

“Right before those announcements came out, we had made the decision that it’s just not worth the health risk,” Bracker said.

But cross-border trade has continued flowing, including the multibillion-dollar Mexican produce import business of critical importance to Nogales. After the restrictions went into place, pedestrian and personal vehicle crossings appear to have more than halved at Arizona ports, while commercial crossings were basically unchanged, according to a tweet last week from Guadalupe Ramirez, CBP’s director of field operations in the Tucson Sector.

Jaime Chamberlain, president of the local port authority’s board, said produce loads have actually gone up. But after a surge in demand as people in the United States flooded grocery stores, “the last two weeks have been probably the worst that we've seen in years,” he said.

And with good growing conditions in Mexico, supply is only going to increase, potentially pushing prices down further.

"We’re looking forward to see … this week how we can survive,” Chamberlain said.

As both a county supervisor and third-generation border merchant, Bracker knows how much local government depends on shoppers from Mexico.

“A vast majority of that sales tax is from Mexican nationals crossing that border to shop in our stores,” he said.

In the wake of the shutdown, Nogales declared a financial emergency, and county department heads have been instructed to reduce all non-essential spending, according to Bracker. He’s hopeful that the federal stimulus package will help small local businesses and Nogales residents weather the hard months ahead, and prepare for whenever normalcy returns.

“But right now the priority is everyone needs to stay safe and healthy,” he added.

About 80 miles east of Nogales, the town of Douglas is also facing a sharp economic and social toll from the coronavirus.

Douglas is doing everything possible to slow the virus’ spread, Uribe said, but it’s a tough road ahead for the city’s economy.

Like in Nogales, travel restrictions mean businesses here have been cut-off from their customer base in Mexican.

It doesn’t help that the community is remote.

“It’s like we’re an afterthought," Uribe said. "That’s how I’ve always seen it."

Jude Joffe-Block/KJZZ
Like other Arizona border cities, Douglas has struggled during the pandemic, especially in the wake of restrictions on who can cross into the United States.

He fears both medical and economic aid might be exhausted before it ever reaches rural, border communities like his. And language and cultural barriers could make it harder for local business owners to access new relief funding and loans, he added, saying that he's trying hard to advocate for Douglas at the state and national levels.

But despite the fear and uncertainty many people are facing, Uribe says his community is resilient.

“I’m just proud of Douglas and Agua Prieta, because we’re just one community. And we always rise above whenever we face any difficulties," he said.

That sense of unity would have been the theme of a cross-border performance in Douglas-Agua Prieta last Saturday. But like so many events, it was called off two weeks ago.

“We realized, OK, we need to think of the communities first," said Ammi Robles, an artist and production coordinator with the cross-border group Las Fronterizas.

She said the performance, called Mis Amores Fronterizos, was a love letter to Douglas and Agua Prieta through dance, theater and digital arts.

"I can tell you, we've never seen anything similar to this, as big as this was going to be," she said.

Now, Robles, who lives in Agua Prieta, can’t even cross the border to see friends and colleagues on the other side. Many others are separated from family.

"It’s hard as communities, being separate," Robles said. But she hopes after this is all over, their project will take on an even deeper meaning.

“Separate we’re not as good as we are together," she said. "That’s the whole point of our project."

And it’s a message we need now more than ever.