How Does Arizona's U.S. Attorney Rate His First Year On The Job? 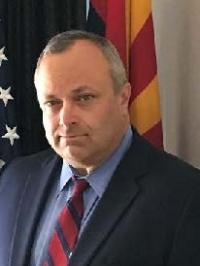 A certain number of bad actors emerges when people are on edge and uncertainty is in the air. That is already the case in relation to coronavirus, as some supposed businesses have popped up with the sole purpose of defrauding the public.

"You know, we've seen a lot of these types of frauds before," Knapp said. "I've been a prosecutor for 13 years, doing a mix of things but lots of it white collar crime. And the things that we're seeing already and anticipating that we're going to see are consistent with what we've seen in other types of scams — fake products, email scams and malicious websites."

And the intensity of the scams may be even greater, because of the health-related implications.

"There's going to be a lot of email solicitations from people claiming that they have miracle cures, testing kits. A lot of times, those are going to be fraudulent claims. We've got to be careful and make sure that you're reaching out to your healthcare providers and doing what common sense dictates rather than sort of operating in a panic and following up on suspicious emails," Knapp said.

Bailey was appointed by President Donald Trump last February and confirmed by the U.S. Senate in May — ending a two-year period without a permanent U.S. attorney in the state at the start of Trump’s term.

Since his confirmation, Bailey’s office notably has lost its case against No More Deaths volunteer Scott Warren. But it has also successfully prosecuted members of a Phoenix-based drug ring that used the "dark web" to peddle substances like heroin as well as a former Border Patrol agent who assisted drug traffickers.

The Show sat down with Bailey to get his take on what his nearly one year in the job has been like.