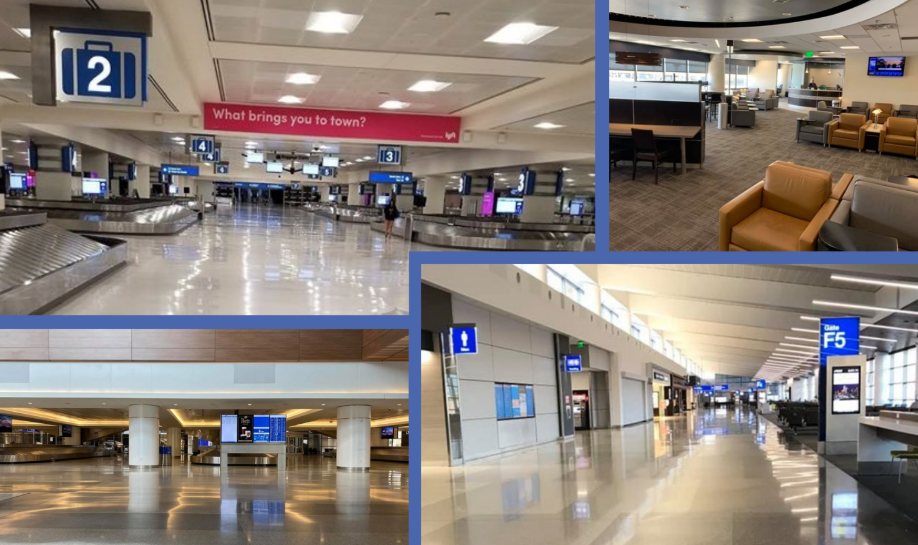 City of Phoenix
The scene from Phoenix Sky Harbor Airport the week of March 23, 2020.

The economic outlook for Phoenix Sky Harbor International Airport is grim. On Thursday, the city’s aviation director told Phoenix City Council members this will be the most severe shock the airport has ever experienced.

“You could probably combine all of the impacts in the history of the airport together and not see something as shocking as we’re experiencing right now," said Aviation Director Jim Bennett.

Traffic at Arizona’s largest airport is approximately 15% what it was before the pandemic. Bennett said the airport no longer has flights to London, service to Canada will be suspended this weekend, and flights to Germany scheduled to start in April have been postponed indefinitely.

Bennett said Sky Harbor will probably keep one or two flights to Mexico for now, but he expects they’ll be suspended in the future and he predicted more reductions to flights in April and possibly into May. Parking revenue is down 81%, rental car bus ridership is down 93% and Phoenix Sky Train ridership is down 61%.

“Our current modeling is forecasting that we in sometime around 2023 should return to our passenger levels that we experienced last year,” Bennett said. 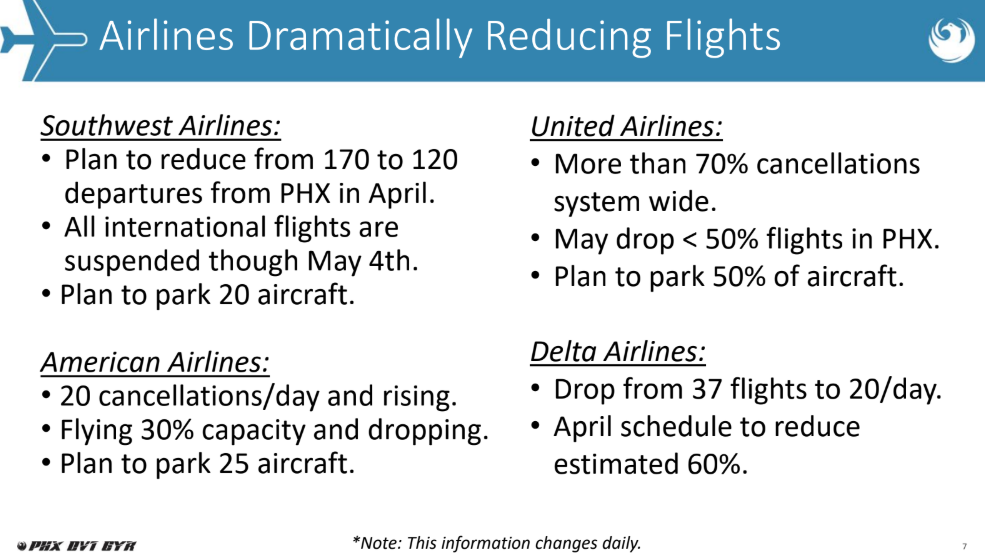 Bennett said every business operating at the airport has asked for some kind of financial relief. Sky Harbor is working with airlines to defer their rent for the next three months and considering ways to help restaurants and retail shops pay less rent. More than 1,000 people have lost their jobs at the small businesses that operate at the airport.

As for construction in and around Sky Harbor, Bennett says that should continue for three reasons: the projects are either bond funded or funded through federal grants and the money can’t be used for other reasons; the projects support over 3,000 construction jobs; and the capital improvement projects will be needed when the downturn ends in late 2022 or 2023.

Many businesses and industries are counting on the federal government to provide financial assistance. Bennett said the Senate version of the $2 trillion emergency bill included an aviation segment that focused on airlines and had no provisions for restaurants and retailers that operate at airports. That doesn’t necessarily mean they’re totally out of luck. They may be eligible for loans and grants offered to small businesses. Phoenix's Economic Development Department is working on a video to help small business owner navigate the federal process.