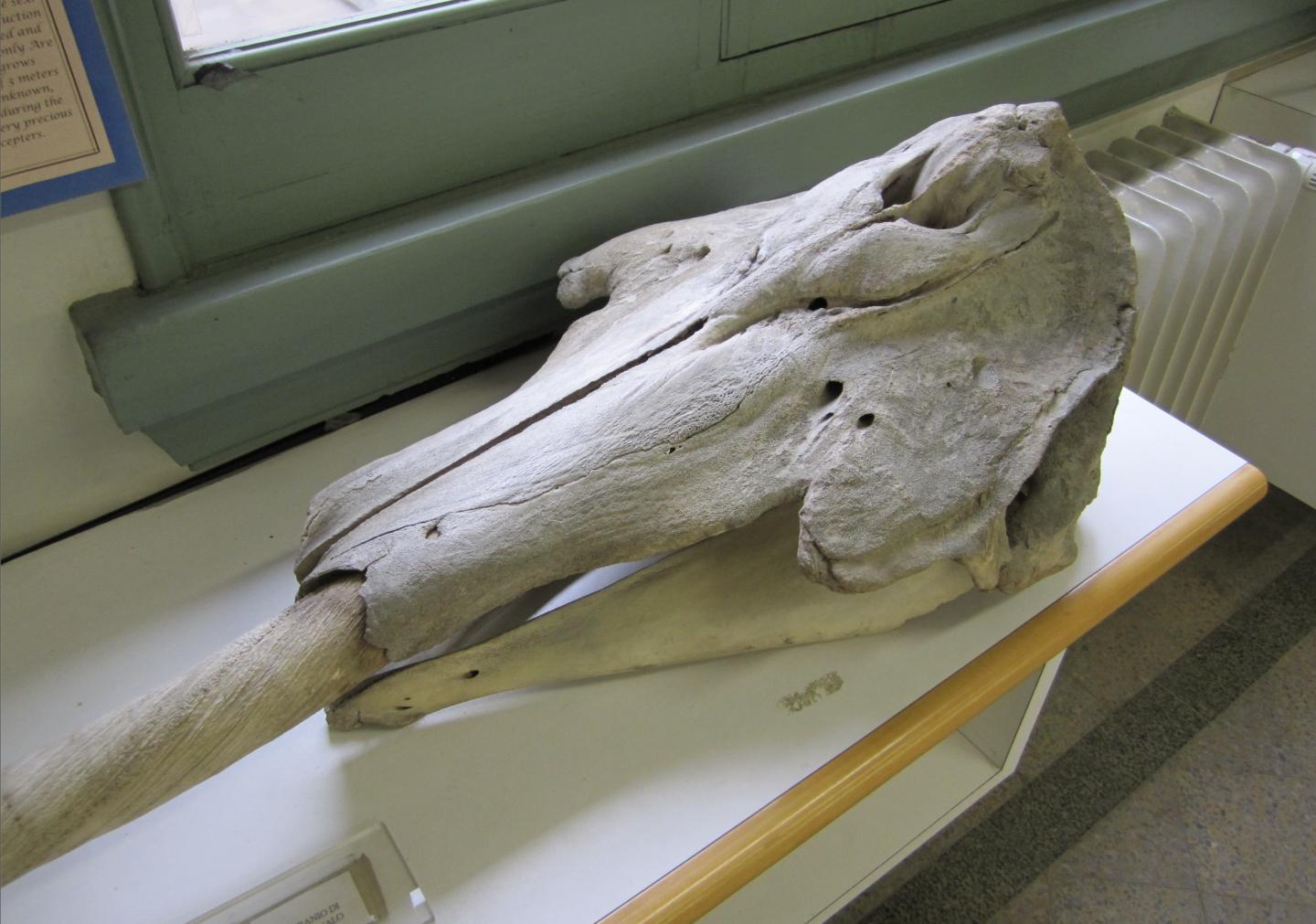 Carsten Egevang, Greenland Institute of Natural Resources.
Like walruses and elephants, male narwhals grow tusks In narwhals, the left tooth erupts from their head and grows in a spiral pattern, giving the appearance of a sea-dwelling unicorn.

Male narwhals have been called the "unicorns of the sea" for their long, hornlike tusks, but scientists have been unsure of the purpose of these structures.

Now, research in the journal Biology Letters suggests they're used as a mating display — and size matters. 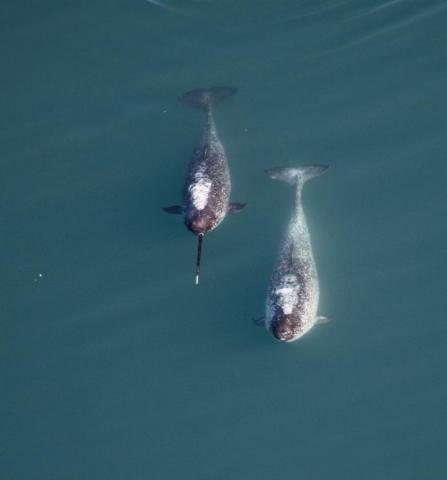 Carsten Egevang, Greenland Institute of Natural Resources.
A group of narwhals is called a blessing. Males (with tusks) and females are found in the Arctic seas.

Nature and nature documentaries are chockfull of animals that use eccentric physical traits to attract mates.

Such features sometimes have multiple uses, but often they're just a way for an animal to signal it's physically successful and worth breeding with.

When researchers led by Arizona State University doctoral student Zackary Graham compared the tusk sizes of 245 adult male narwhals to the sizes of their bodies and their flukes, which have no sexual function, they found huge variations: Males of similar sizes could sport tusks ranging from 1.5 to 8.2 feet long.

Males might use tusks also for sparring, communicating or sensing their environments, but the authors argue such large sizes are best explained by signaling related to sexual selection.