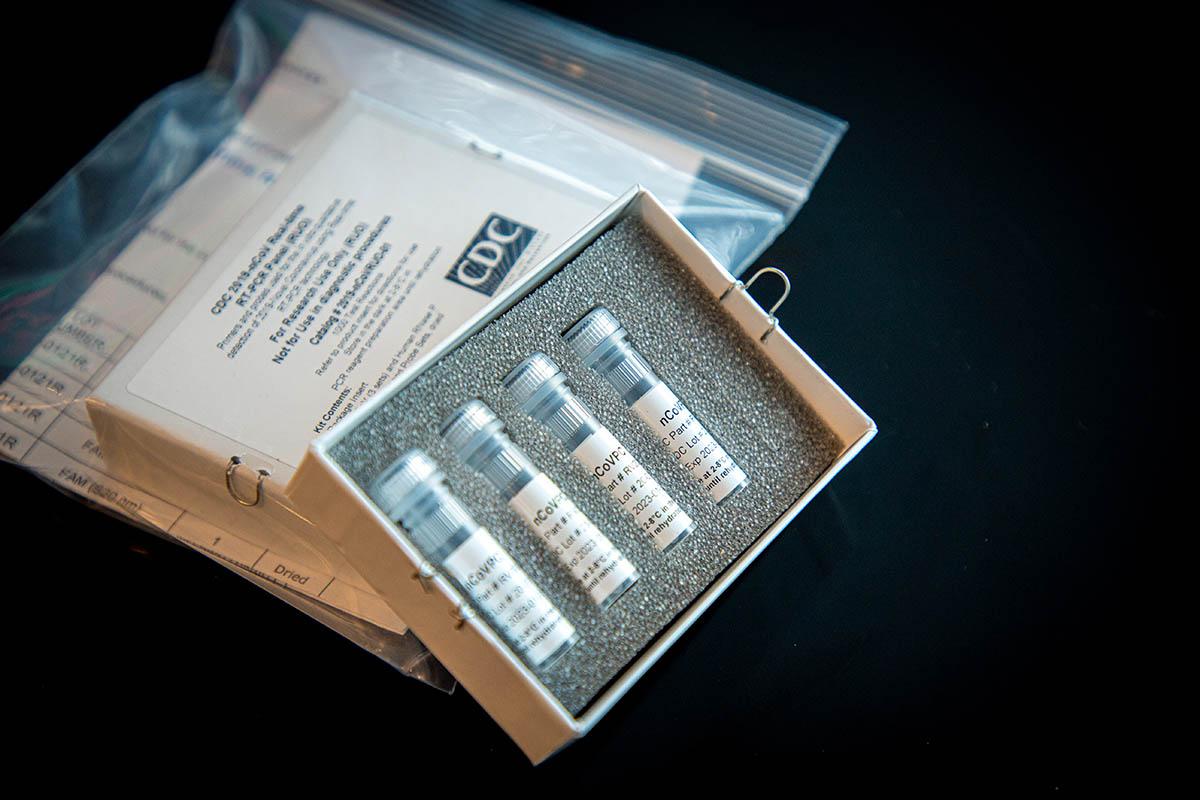 People everywhere want to know if they are infected with the coronavirus. Testing in the United States isn’t able to keep up with demand, and that goes for Arizona as well.

Dr. Felipe Gutierrez is chief of infectious diseases at the Phoenix VA Medical Center. The VA hospital has been sending test samples to commercial labs for analysis, but things are getting backed up.

“I can tell you that a few days ago, I could get results back in approximately two days,” he said. “We’re now pushing out to about probably four to five days.”

Gutierrez said the VA is trying to be judicious in who they decide to test, prioritizing the people who are also being admitted to its hospital.

Other health systems are limiting tests, too. Banner Health, a hospital system with several Valley locations, requires patients to meet the CDC requirements for testing. Those include exhibiting symptoms of COVID-19 like fever, cough, or shortness of breath. Arizona's State Public Health Lab has tested 265 people as of Thursday evening, although that number does not include tests analyzed at private labs.

Basically, demand for test results is increasing, and supplies are limited. One of those “supplies” is manpower.

“It takes someone to run that test,” Gutierrez said. “And so if we are overrunning a facility that’s running a test with just a sheer number of tests we’re ordering, then it will further delay our ability to get results.”

But it’s not just a manpower shortage. There’s also a limited number of testing supplies, like swabs used to actually collect a sample from a patient’s nose or throat. Lab reagents, chemical compounds needed to process a sample, are also in short supply.

On a call Thursday with advocates for Arizona’s aging services community, U.S. Sen. Kyrsten Sinema said her staff has been calling manufacturers and the U.S. Department of Health and Human Services to get supplies into Arizona.

But she doesn’t think tests will be easy to get anytime soon, despite what labs themselves might say.

“If they tell you it’s gonna be the middle of next week, I gotta be honest with you, that’s optimistic,” Sinema said on the call. “This shortage is dramatic.”

To adjust to the shortage, Arizona state officials are saying not everyone who wants a test will get one.

Dr. Cara Christ, head of the Arizona Department of Health Services, said at a press conference Thursday morning that people with mild symptoms should stay home and remain there for 72 hours. She recommends calling your doctor before visiting if you have a fever, cough, or shortness of breath.

“People should seek emergency care if they have extreme difficulty breathing, constant pain or pressure in their chest, severe constant dizziness, or other serious, concerning symptoms,” she said.

Christ said knowing you have COVID-19 versus another respiratory ailment won’t necessarily change your care. 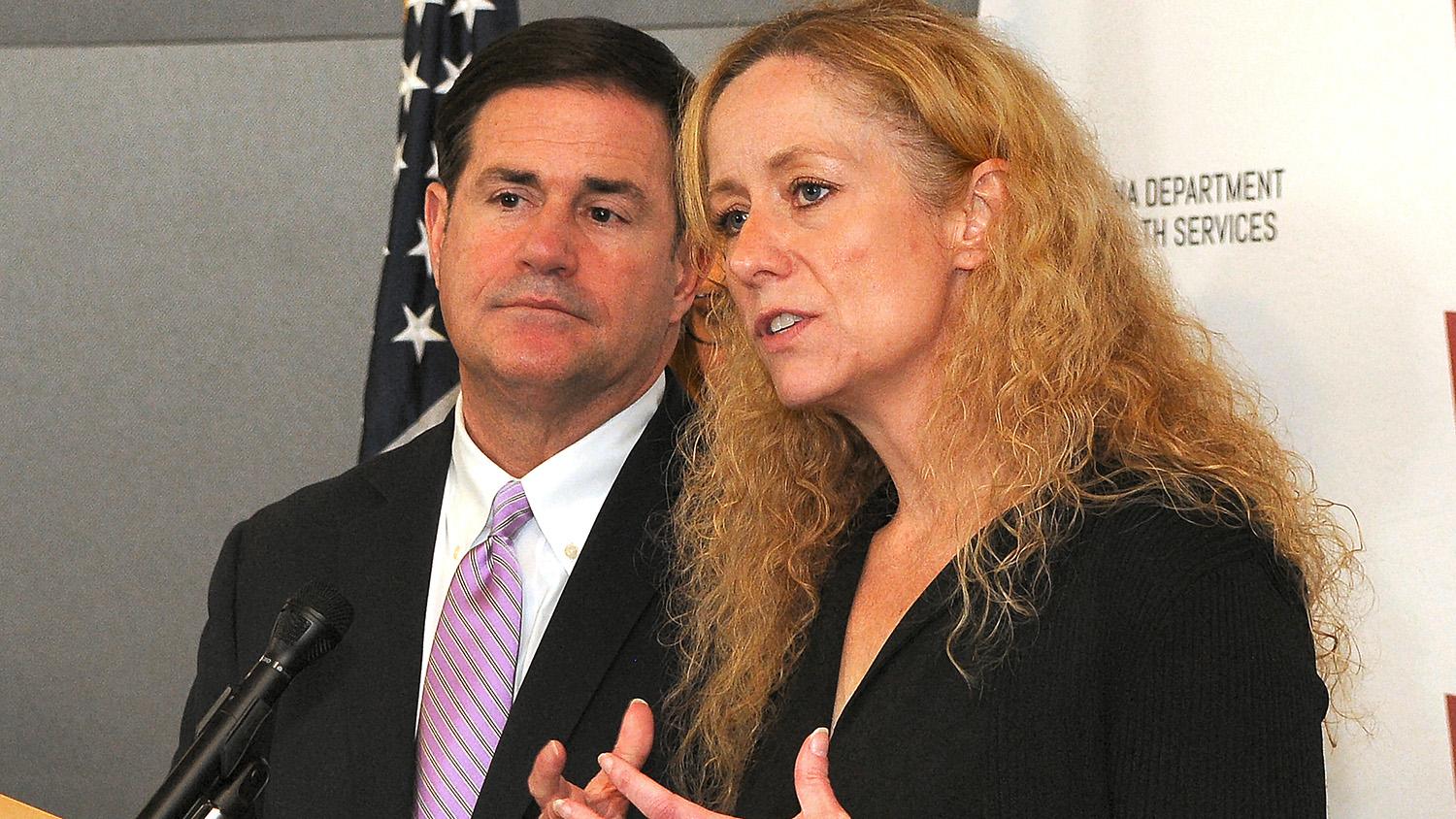 “It’s important to know, because there’s no specific treatment for the disease, the results of a COVID-19 test will not change your clinical treatment while you are sick,” she said. “Doctors will still care for you the same way.”

More labs may start testing for COVID-19 next week. Arizona State University is trying to stand up a drive-thru testing site using robots, according to the Arizona Republic.

But how will we know the outbreak has spread, peaked, or declined if there isn’t widespread testing? As Vox reports, “the key is to ‘flatten the curve’: slowing the rate of increase in infections so that you spread out the cases, even if the total number doesn’t change.” Slowing the rate of new infections will allow our healthcare system to better handle them.

Gutierrez said the numbers of confirmed tested cases won’t precisely reflect the reality; it’ll be reports from health care facilities on the ground we’ll have to go on to know if the outbreak is changing.

“We’re going to have an increasing number of people with respiratory illness that’s going to be manifest by fever, and a cough and shortness of breath,” said Gutierrez. “And to some degree we’ll be able to do some testing and have some sense of that. But what we won’t have is very exact numbers, simply because we don’t have the capacity at this time to test everybody.”