Mercury’s Chaotic Terrain Hints At Volatile Past, Potential For Habitability

A planet with a surface hot enough to melt lead is not the most obvious place to look for signs of life, past or present.

But a new study of Mercury in the journal Nature Scientific Reports suggests it's not completely out of the question.

The new analysis was made possible by laser altimetry and higher-resolution data provided by NASA's MESSENGER spacecraft (MErcury Surface Space ENvironment GEochemistry and Ranging), which orbited Mercury between 2011 and 2015.

For decades, scientists believed Mercury's chaotic terrain, first captured in photos taken in 1974 by the Mariner 10 spacecraft, was caused by earthquakes and debris arising from impacts at Caloris basin, on the far side of the planet.

But the new study suggests the chaotic landforms, many of which do not correspond to impacts on the planet's far side, continued to develop at least 1.8 billion years after the Caloris basin formed.

Instead, the fractured region appears to have resulted from vast quantities of chemicals with low boiling points, called volatiles, periodically heating up and turning to gas. These gases then escaped, leaving behind hollows and causing the gradual collapse of adjoining layers. 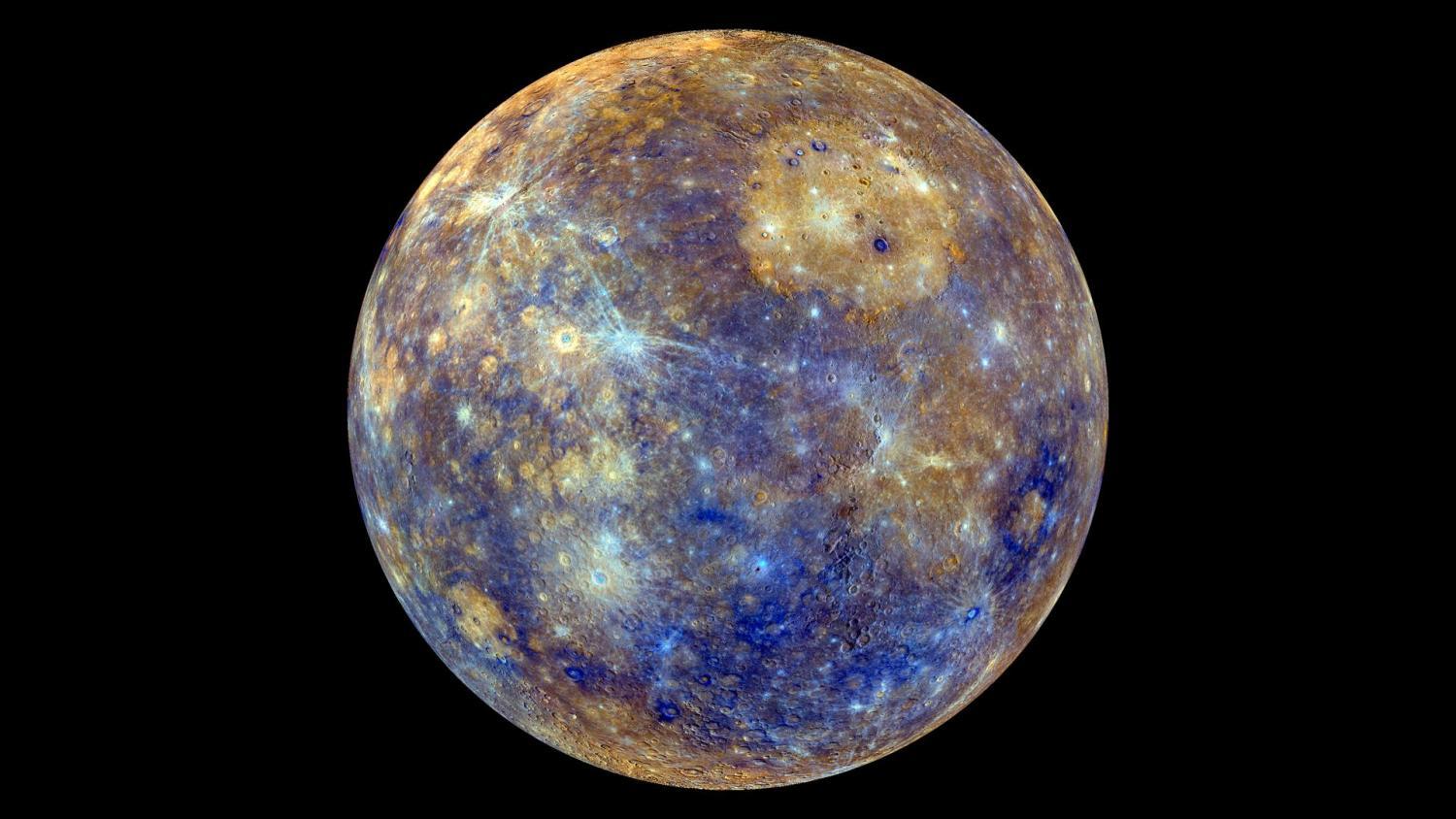 NASA/Johns Hopkins University Applied Physics Laboratory/Carnegie Institution of Washington
This colorful view of Mercury was produced by using images from the color base map imaging campaign during MESSENGER's primary mission.

Early on, the heat that drove this process was likely supplied by subsurface geothermal heating. The remainder came from the sun, which today can raise surface temperatures to 800 Fahrenheit.

"As opposed to having a bone-dry crust with a few spots that are volatile-rich, we are looking at a volatile-rich crust to depths of at least a couple of kilometers," he said.

Scientists don't know if water was among the volatiles, but previous analysis has found water ice at Mercury's north pole, hidden in parts of craters that never see sunlight.

If water did occur in the region, it may have persisted at sufficient depth to support life, but determining that with any certainty would likely require a lander. Although some scientists have called for such a mission, none is currently in the works.

The next craft to study Mercury will be BepiColombo, a joint venture by the European and Japanese space agencies. It is scheduled to arrive at the planet in late 2025.