Q&AZ: What Headlines Were In Arizona Newspapers In 1912 Besides Statehood? 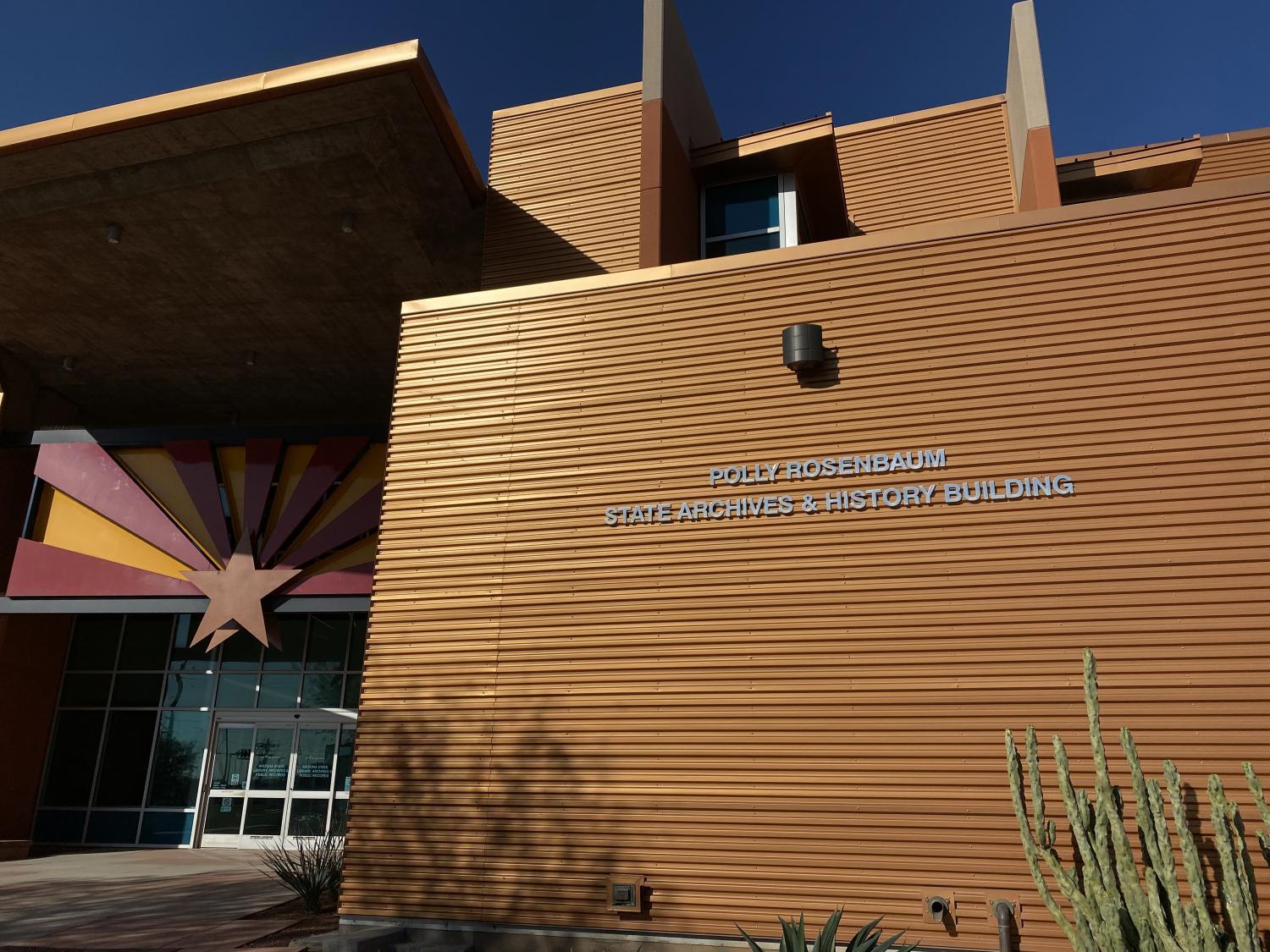 Last month, KJZZ honored Arizona on the 108th anniversary of its statehood with its Untold Arizona series. But the addition of the 48th state was far from the only story filling the pages of Arizona newspapers in 1912.

Through our Q&AZ reporting project, a listener asked us to explore those headlines. So I took a walk through the state archives to dig them up.

Sativa Peterson is the News Content Program Manager at the State of Arizona Research Library.

“I have over 4 million pages and there’s over 700 titles and growing because we’re still collecting,” Peterson said. “And they’re all published in Arizona.”

She walked me through what seemed like endless rows of shelves that I was dying to look through.

“Yeah, journalists in particular are like, 'Oh, just leave me in here,'” Peterson said.

As we started to focus on the news of 1912, Peterson showed me an article titled "Mrs. Cannon Gives Reasons," which appeared in the Parker Post on Sept. 21 of that year.

“She sort of lays out why she believes in women’s suffrage and she really just goes through with a list,” Peterson said. “’One: A matter of simple justice. Two: The lack of equal rights places the stamp of inferiority upon women in the eyes of their own children.’”

Arizona women were advocating for the right to vote through an amendment to the state’s constitution. But their journey to the polls would be a tough one. Peterson dug up another editorial published in a Nogales paper by a man who wrote:

“One of the greatest attractions of the gentler sex is that it is the gentle sex and anything that detracts from this attraction is in my mind not desirable. In my present state of feeling, I am sure that suffrage is one of those things.”

“Our campaign has been a short but a strenuous one,” Munds wrote. “Let us show them what good citizens we can be, and that we intend to stand side by side with all who are working for Arizona’s good.”

Munds was the Chairwoman of the Arizona Equal Suffrage Central Committee.

“She was a tiny little dynamo of a woman who was just relentless,” said law librarian Martha McConnell. 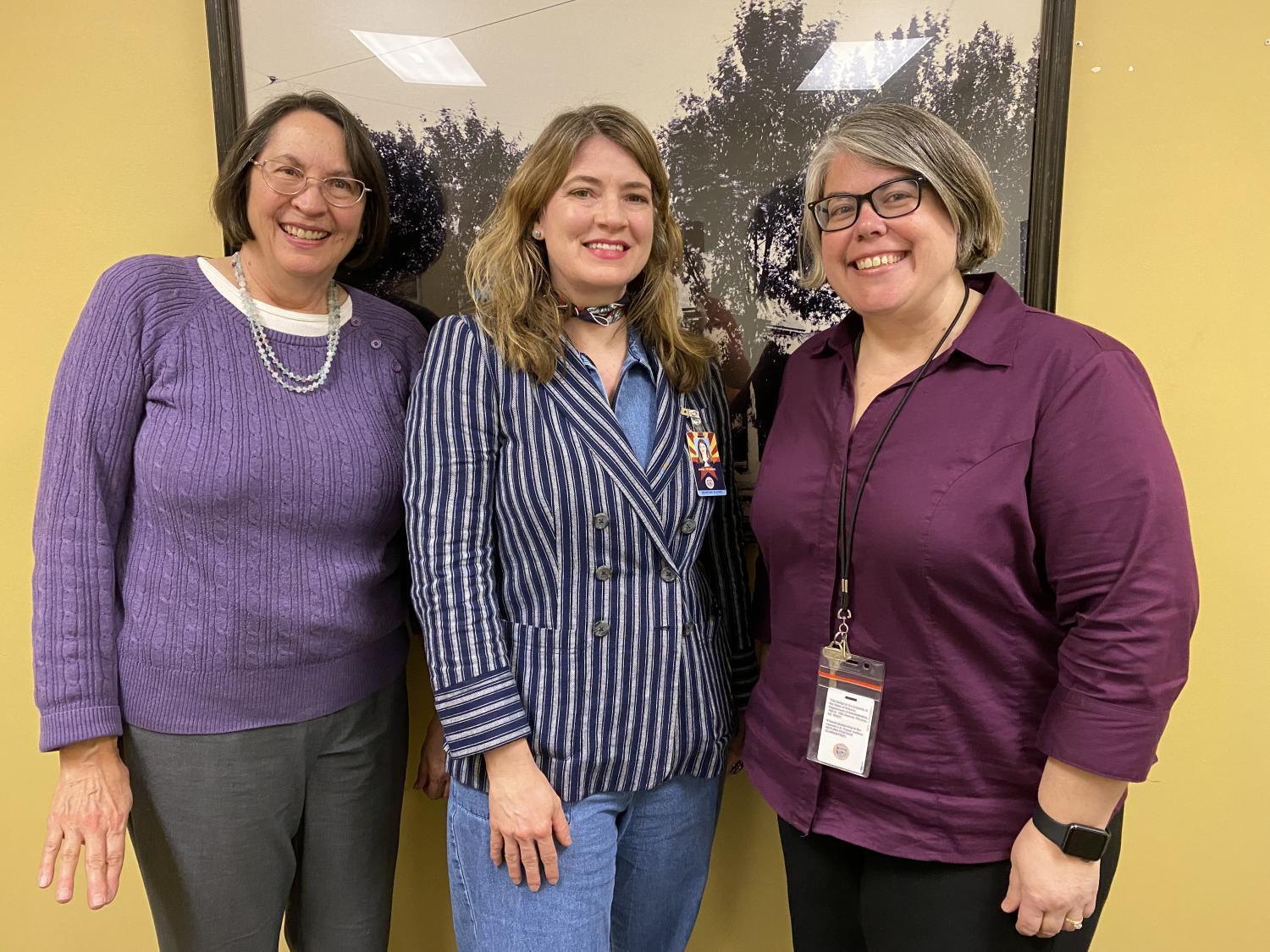 “We have what I call the only us collection,” McConnell said. “Some of our information is available literally nowhere else because our predecessors have saved it and being able to supply that information to people who need it is very rewarding.”

When the first legislature met in 1912, it was fairly progressive.

The library also keeps digital copies of its newspapers online through the Arizona Memory Project.

“People can go to the county of their choice, the paper of their choice and they can browse to their heart’s content, look at those larger stories and kind of trace them,” said assistant administrator Kori Tueller. “They could also find one-off stories, things that give them a flavor of what life was like in Arizona in 1912.”

So after consulting with the experts, I did some page flipping of my own. I discovered that although Theodore Roosevelt was no longer in office, the former president did take a trip to Phoenix that year.

And a paper based in Williams ran a story about efforts to re-establish an electric current on the town lines after a power plant burned down. 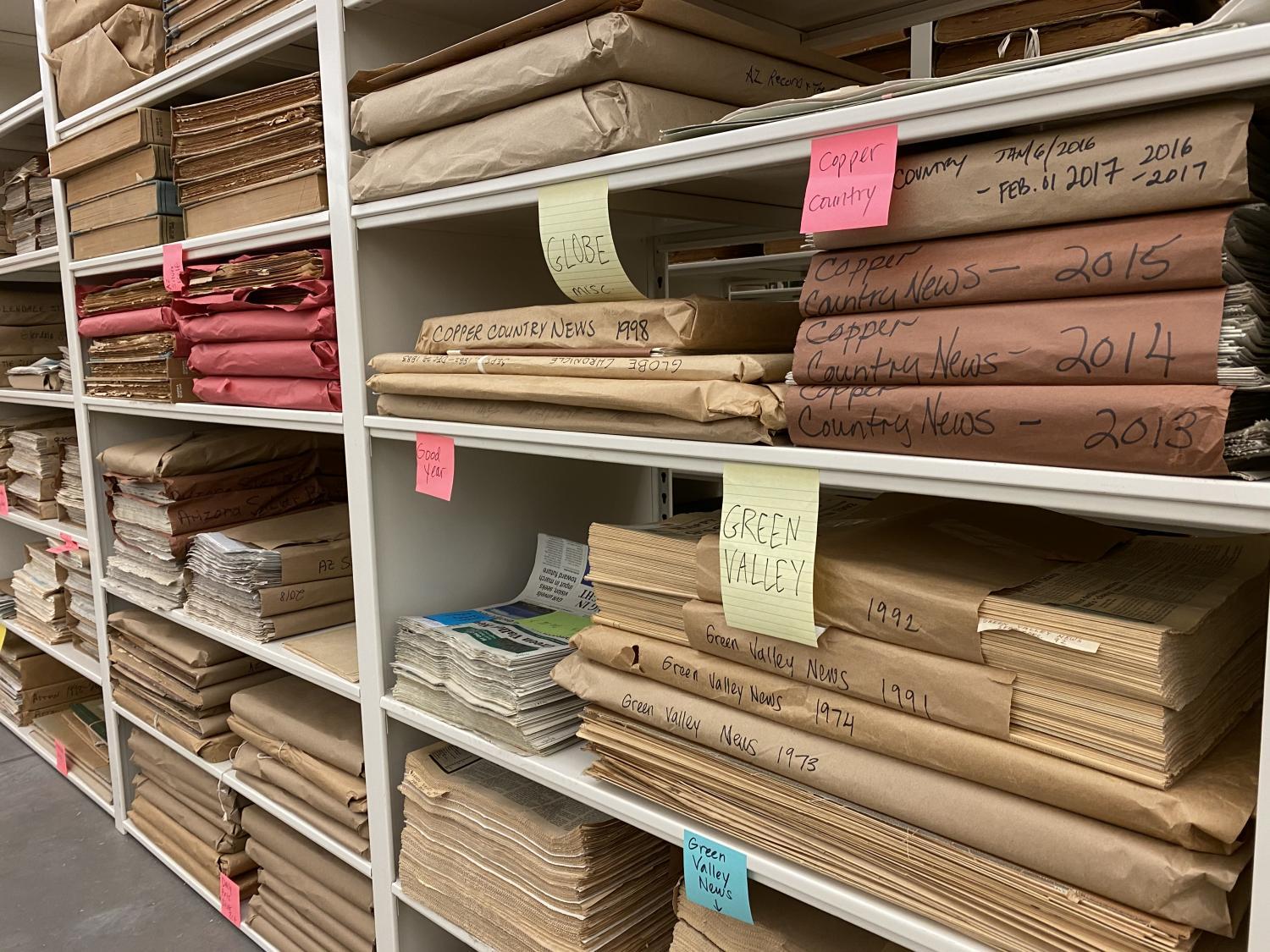 Then there’s those one-off stories Tueller mentioned, with excerpts like:

“School opened last Monday with an enrollment of 23. A few days later the attendance was 25 and by next week Miss Louise Ross, the teacher, expects the attendance will be at least 30.”

Of course, you can’t miss the old advertisements reading: "Mine Equipment For Sale" and "Two Horse Brand Boys’ Overalls — A New Pair If They Rip."

But as the language becomes out-of-date and the price of shoes has risen much higher than $5.00, Peterson said there’s something to take away from the papers of the past.

“When I see all of these community newspapers from Nogales, from Yuma, from Tucson, from Flagstaff, you see the diversity of voices and points of view in those papers, and I just believe strongly that this is a way for us to reflect back on our history and also to learn from it as we move forward.”