There’s A Bill To Protect Pre-Existing Condition Coverage In Arizona. But Is It Meaningful? 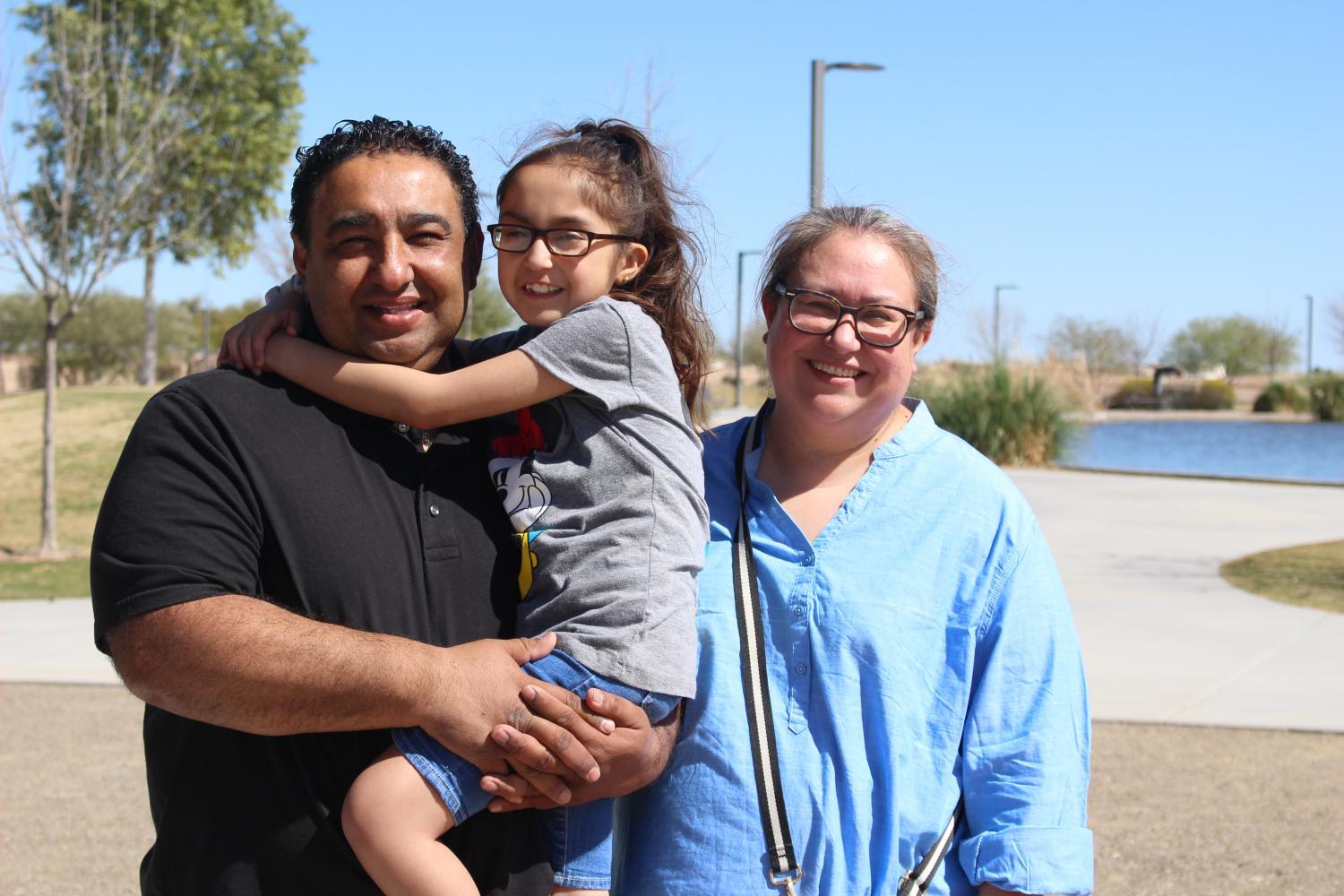 Boris Zaldana’s daughter Sofia is 8 years old, and she’s a champ on the swings at Copper Sky Park in Maricopa. Zaldana said she’s getting braver with age. He recalled a recent encounter with a roller coaster.

“She got on it like five times. And I was all worried about her, holding her, making sure she was okay, but she was fine,” he said with a laugh.

Sofia doesn’t need her father’s protection from the roller coaster, but she does need health insurance. She’s living with essentially half a heart, part of a condition she was born with called hypoplastic left heart syndrome. It’s considered a pre-existing condition. And the Affordable Care Act, also known as Obamacare, requires major medical health insurance plans to cover pre-existing conditions for patients who buy those plans on the individual insurance market.

That protection is threatened, however, by an ongoing federal lawsuit. Zaldana’s wife Patricia Zaldana is worried.

“[The] Affordable Care Act’s being fought so many times with all these little things that we don’t know at what time it’s gonna fold. You know? And so [that’s] a scary thought for us,” she said.

The U.S. Supreme Court has agreed to hear the case next term, and there’s a chance the entire law could be struck down. The popular protection for pre-existing conditions in major medical health plans could go away, along with many other health care regulations and funding.

Preparing For A World Without The ACA

State lawmakers in Arizona are moving along a bill that would take effect only if a court strikes down the Affordable Care Act and the decision becomes final. The bill would ban insurance companies from denying coverage to someone in the individual market due to a pre-existing condition.

It sounds good, but some say it’s just not enough.

“It says it covers pre-existing conditions if the Affordable Care Act goes away, but it really doesn’t,” said Will Humble, executive director of the Arizona Public Health Association and a former head of the state health department.

Humble said the bill isn’t meaningful protection because it doesn’t include any cost controls.

“If you don’t do them together, then what you get is an insurance company that says, ‘Oh yeah, we’ll cover you for your diabetes, but we’re going to charge you five times more than the person next to you who doesn’t have that condition,’” Humble said. “They’re just charging you a lot more and pricing you out of it instead of just plain old excluding you.”

The sponsor, Republican state Sen. J.D. Mesnard, said he doesn’t want the perfect to be the enemy of the good.

“I picked this issue because it seems to be the common denominator. Both sides of the aisle are on board with making sure folks with pre-existing conditions can still get insurance,” he said in an interview. “You go much further beyond that and you get bogged down in the difference of opinion.”

Mesnard said current state law won’t let insurance companies charge people like the Zaldanas more for major medical insurance. Both he and the Arizona Attorney General’s Office pointed to Subsection B of 20-448, which says there can’t be “unfair discrimination” in premiums among people of the “same class.”

B. A person shall not make or permit any unfair discrimination respecting hemophiliacs or between individuals of the same class and of essentially the same hazard in the amount of premium, policy fees or rates charged for any policy or contract of disability insurance or in the benefits payable or in any of the terms or conditions of the contract, or in any other manner whatever. The provisions of this subsection regarding hemophiliacs do not apply to any policy or subscription contract that provides only benefits for specific diseases or for accidental injuries or that provides only indemnity for blood transfusion services or replacement of whole blood products, fractions or derivatives.

Multiple health care law experts read this portion of law differently than Mesnard does, and said the language leaves a lot open to interpretation. For instance, what constitutes “unfair” discrimination? And what puts two major medical insurance customers in the “same class”?

According to James Hodge, professor in health law at Arizona State University, unclear language like this “is the type of provision that the ACA provides a national standard to obviate debates.”

“[The ACA's] potential judicial invalidation presents real concerns about what might be left to protect against price discrimination or otherwise in health insurance at the hands of state legislatures,” he said.

Hodge also said, however, that another part of the bill, directing the Department of Insurance to set minimum criteria for special enrollment periods, “may be broad enough” to allow regulators at the department to protect against price discrimination based on health status. 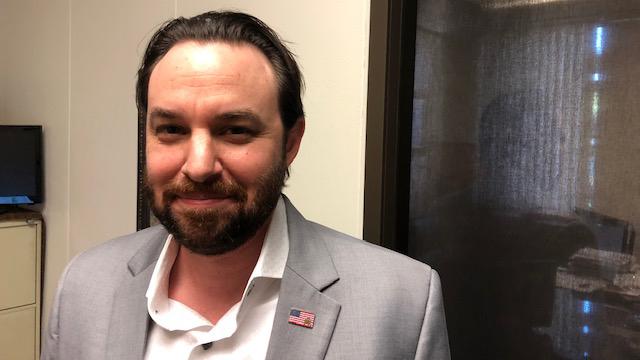 Mesnard, when asked why he did not include language in the bill to make it clear price discrimination isn’t allowed, said, “We’ve been talking about doing that. We generally don’t like to duplicate.”

There is another state law that currently allows the Department of Insurance to guard against price discrimination based on health status in major medical insurance plans. That section, passed in 2013, would be repealed if the Affordable Care Act was declared unconstitutional by the U.S. Supreme Court or repealed by Congress.

An Arizona-based lobbyist for the health insurance industry, Marcus Osborn of Kutak Rock, said in a potential post-ACA world, the Department of Insurance would be able to prevent price discrimination.

But that isn't clear either. The state's administrative code governs state agencies, boards, and commission. Its section covering “reasonableness of benefits in relation to premium charged,” R20-6-607, does not explicitly exclude health status or pre-existing conditions as something an insurer can consider when setting premiums.

A Department of Insurance spokesman said the agency doesn't comment on pending or active legislation.

Other states have enshrined parts of the Affordable Care Act into state law, both in the wake of it passing ten years ago and in response to the current federal lawsuit, Texas v. U.S.

“I’ve been intrigued to see some of the very attorneys general that are party to the Texas lawsuit promote these pre-existing protection bills at the state level,” said Sabrina Corlette, a research professor at Georgetown who follows state action related to Obamacare. “I think that’s an attempt to inoculate themselves politically from accusations that they’re taking these protections away.”

Arizona Attorney General Mark Brnovich is party to the lawsuit and worked on Mesnard’s bill with him. AG spokesman Ryan Anderson denied this is being done for political cover.

“What we’re doing is putting some skin into the game, with respect to this legislation, that we have heard from people and we recognize that pre-existing conditions coverage [is] popular amongst not only Americans but Arizonans,” he said.

"... We have heard from people, and we recognize that pre-existing conditions coverage [is] popular amongst not only Americans but Arizonans.”
— Arizona Attorney General spokesman Ryan Anderson

Pre-existing condition protection is not the only part of the Affordable Care Act at risk due to Texas v. U.S. Other provisions include Medicaid expansion and tax credits that help middle income families pay premiums for major medical health plans.

“I think it’s a good thing to do,” Osborn said of Mesnard’s bill. “But I don’t want to undersell the fact that we’re going to have a crisis” if the ACA goes away. One of Osborn's clients, America's Health Insurance Plans, opposes the effort by Brnovich and others to strike down Obamacare.

The whole thing troubles Patricia Zaldana, who’s been thinking about what to do if health insurance premiums skyrocket for her daughter.

“I mean we are middle class, you know?” she said. They own a home in Maricopa and her husband owns a business. “But then I think, we might have to lose all that in order to keep her alive.”

The Zaldanas moved here years ago from California. They say one option is to move back.