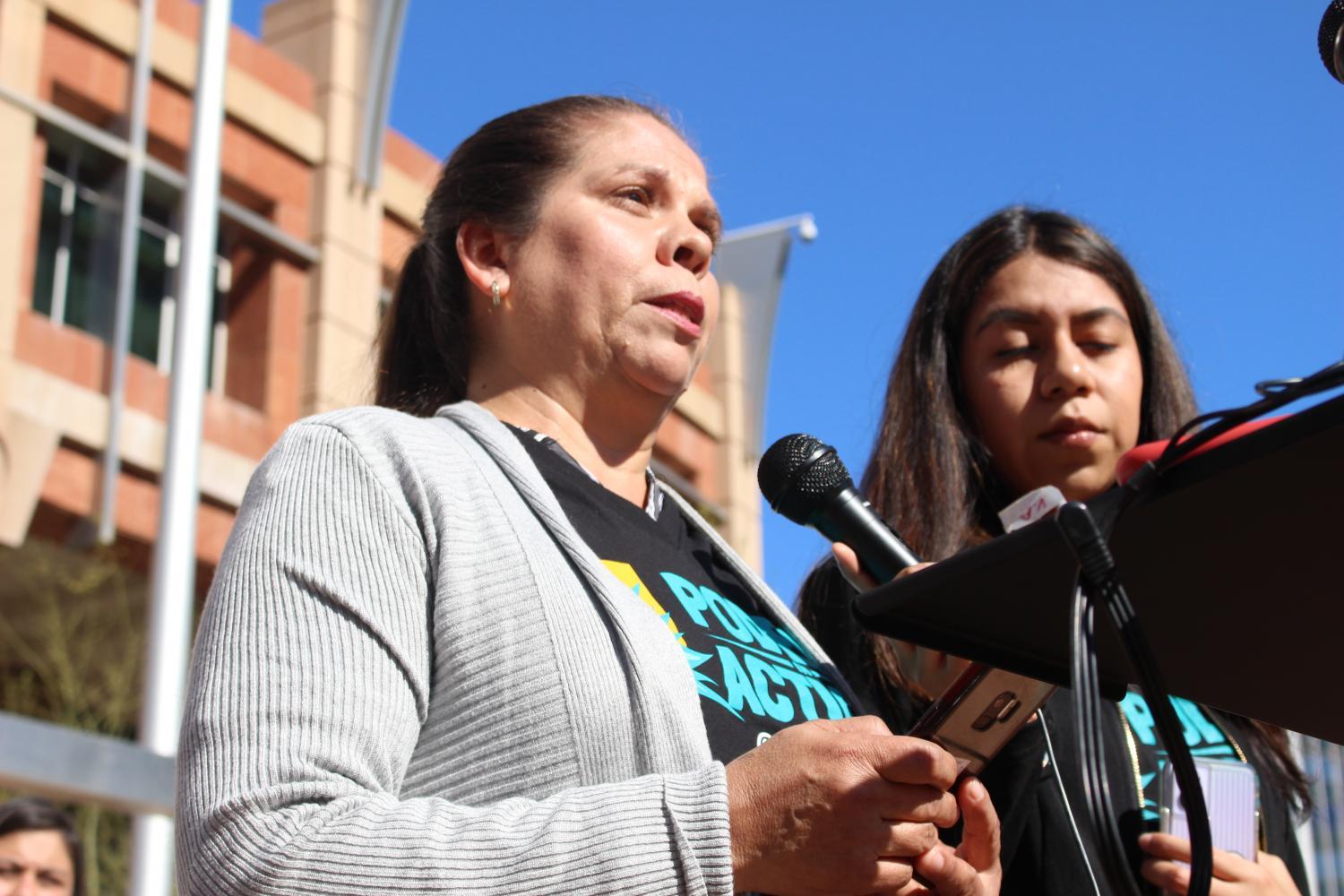 Bret Jaspers/KJZZ
Estela Varela with the group Poder in Action.

Activists are calling on Phoenix Mayor Kate Gallego and the City Council to support more robust civilian oversight of the police department ahead of a council policy session on Tuesday.

The council has been studying different options for several months and will now weigh two specific models.

One model (called “Model B” in the session agenda) creates a new city agency where staff would investigate police complaints alongside the Phoenix Police Department. A community review board also would be able to recommend investigations.

Another model (“Model A”) doesn’t go as far. It creates a civilian police ombudsman who would audit the police department’s investigations of critical incidents like officer-involved shootings.

“We demand Mayor Gallego and city council members, our representatives, listen to our communities and vote for civilian oversight that is investigative,” said activist Estela Varela through a translator. Varela is with the group Poder in Action.

The police chief would retain ultimate decision-making authority under both models.

Isis Gil, development director with the group Puente Human Rights Movement, believes they have support for Model B from three council members, including Carlos Garcia, who submitted the proposal.

Gil said “a lot of this does depend on how Kate Gallego votes tomorrow.”

Even if nothing advances, Gil said they’ll keep pushing.

“This is a fight that has been happening [for] decades,” Gil said. “And it will continue to do so until we find a model that works for us.”

The union that represents rank and file officers in Phoenix, the Phoenix Law Enforcement Association, didn’t weigh in on the specific models on Monday, although President Britt London said PLEA “will most likely be speaking” at Tuesday’s policy session.

London wrote in an op-ed last year he opposes the idea of a civilian oversight board, in part because of “the complexity of use-of-force incidents and the gray areas of law that govern them.”

KJZZ’s Bret Jaspers spoke with The Show on Monday morning.