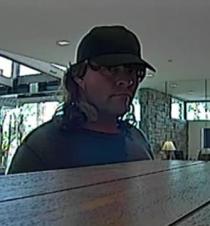 The man who reportedly committed seven Valley robberies in fewer than 12 hours has been arrested.

Sheriff Joe Arpaio said Walters had issues with the department after he shot and killed someone while on duty in 2010.

“His performance seemed to decline," Arpaio said. "And eventually he was disciplined several times. Our supervisors made many attempts to provide assistance to him.”

Walters was fired April 16. He had been with the department more than 13 years. The Sheriff's office said Walters had multiple suspensions and is still involved in internal affairs investigations.

One of the reported victims and former colleagues at MCSO identified Walters as the man in surveillance photos from the robberies, according to records.

Authorities served a search warrant at his home where they found drugs and clothing used in the robberies, records show.

Timeline Of Phoenix-Area Robberies On May 24, 2015