Phoenix Gets Taste Of Japanese Culture At Annual Matsuri Festival 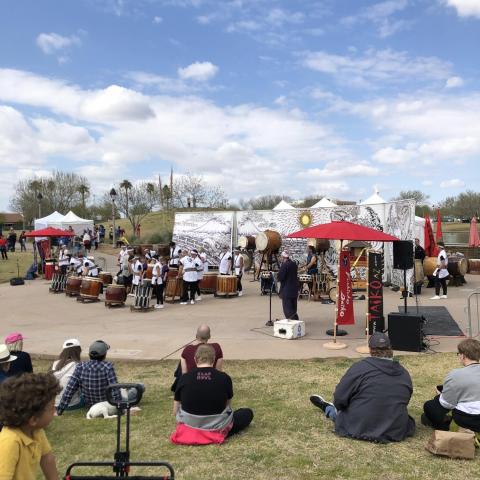 Arizona Matsuri is a nonprofit that focuses on bringing Japanese arts and culture to Arizona. On Sunday, Matsuri held its annual festival, and thousands of people came out.

Between the stage shows, art and souvenir booths, and dozens of Japanese food vendors, people at the Matsuri festival had a lot to explore. And a lot to learn about the distant culture, as Art Holeman explains. He’s the chairperson for the Phoenix Through Each Other’s Eyes program, which does cultural exchanges with photographers from around the world.

"I think it’s more important now than ever to have cultural awareness of different countries, especially the state that we’re in right now as far as not accepting people," Holeman said. "As much as we think they’re different, we’re very much the same." 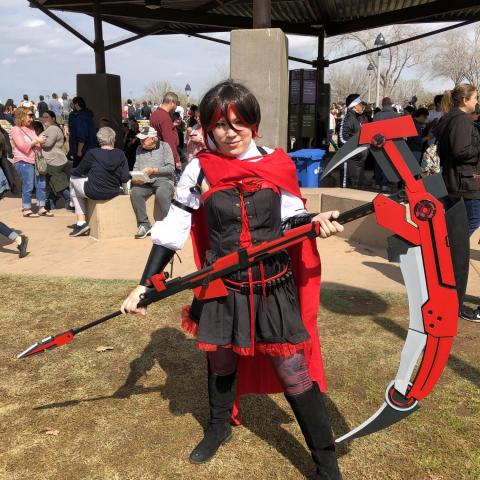 Scott Bourque / KJZZ
Ashlee Denault cosplays as the anime character Ruby Rose at the Phoenix Matsuri Festival, Feb. 23, 2020. Cosplay, or costume-play, involves dressing up in elaborate costumes based on characters.

Ashlee Denault came dressed as Ruby Rose, from the anime program "RWBY" — pronounced ruby. She’s in to cosplay, which involves wearing elaborate costumes based on characters.

"(Ruby) just kinda like suits my personality and how I am, so it’s just like 'Why not cosplay her?'" Denault said. "(This is) the first place I would think of to cosplay, it’s Japanese, it’s all about where Anime comes from and everything."

On three different stages, visitors could see different performances covering different parts of Japanese culture. A traditional Taiko drum chorus played music with bass vibrations that could be felt throughout the park. On another stage, a Japanese martial arts demonstration pitted black belts against one another for an applauding crowd. 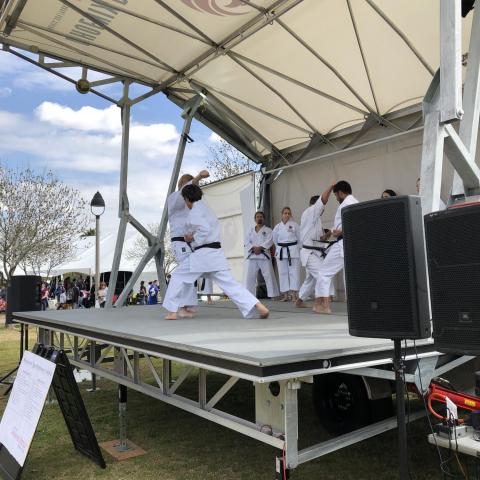 Dozens of food vendors offered traditional Japanese foods. This was the most popular area, with people waiting in line for more than half an hour for some vendors.

The Matsuri festival first started in 1984. In the past few years, crowds have numbered in the tens of thousands.