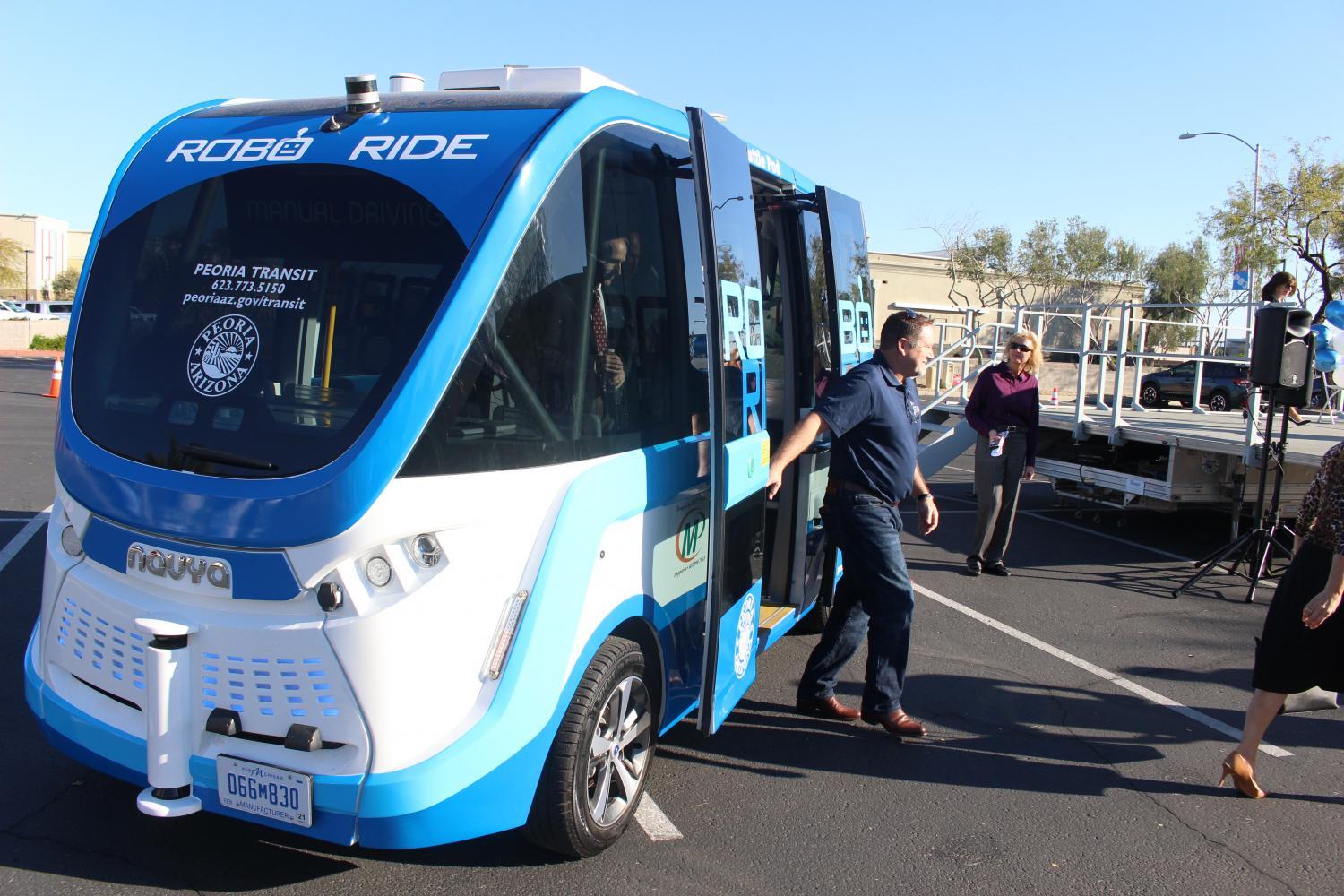 Peoria is trying out an electric, autonomous shuttle to transport people around a shopping and dining district off the Loop 101 and south of Bell Road.

The shuttle will run on a fixed path through a portion of the sprawling P83 Entertainment District, with stops at Harkins Theatres, Huntington University and the Hampton Inn. It has an attendant on board, carries a maximum of 10 passengers, and customers do not have to make a reservation to ride it. Also: it’s free.

Peoria hopes to familiarize people with using a driverless vehicle, according to Kevin Burke, the city’s public works director.

Burke also said autonomous vehicles may be part of Peoria’s long-term transit plans as the city gets denser.

“How do you get those people to points of concentration that make the mass transit more practical? And an autonomous vehicle might be that solution,” he said. “That is, going through less populated single family residential areas, collecting riders, and then bringing them to that point of concentration that makes [mass transit] more feasible, more efficient, more cost practical.”