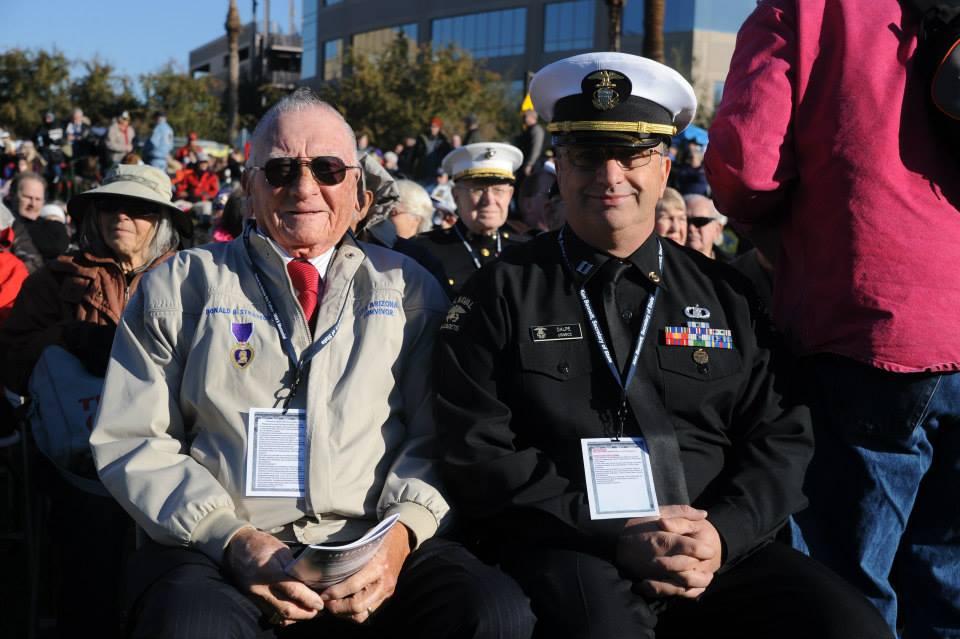 Donald Stratton was one of the last three remaining sailors from the battleship USS Arizona that survived the Pearl Harbor attack. He died on Feb. 15 at the age of 97.

On the morning of Dec. 7, 1941, Seaman 1st Class Stratton, then only 19 years old, manned the port-side anti-aircraft guns on the Arizona as Japanese warplanes dive-bombed the harbor in the surprise attack that launched the United States into the Second World War.

In a recorded oral history video produced by the National World War II Museum, Stratton described what he saw that day.

“Everybody was getting hit. Torpedoes hit the Oklahoma, the Arizona caught this hit, it blew up ... the Tennessee and West Virginia got hit,” he said. “West Virginia took most of the torpedoes, but it was just a very confusing situation.”

Due to the design of the anti-aircraft guns, Stratton and his crew had a difficult time targeting some of the high-altitude aircraft.

(Photo courtesy of the University of Arizona Special Collections Library, USS Arizona Collection, AZ 517)
USS Arizona at sea with sailors on deck, circa 1935.

Eventually, a bomb detonated most of the explosives stored deep within the ship.

“It just shook it like a dog would shake a rat or something,” he said. “It blew the #1 turret up in the air and it came back down. Those turrets probably weigh a hundred tons or something, maybe more, I don’t know ... but the Arizona burned for 3-and-a-half days after that, and a million pounds of ammunition exploded.”

Stratton and 334 other survivors managed to escape the ship.

With burns covering at least 60% of his body, Stratton was evacuated to a naval hospital in Honolulu to recover. He eventually returned to the Pacific Fleet, serving for the duration of the war.

In civilian life, Stratton worked as a diver in the oil industry, according to his 2016 New York Times bestselling memoir "All The Gallant Men."

He is survived by his wife of nearly 70 years, Velma. He had four children — Robert, Randy, Gypsy and Roxanne Jo — and 13 grandchildren and great grandchildren.