Untold Arizona: Why This Tempe Club Can Hold Its Own In Curling, A Mostly Canadian Sport

It’s a cross between shuffleboard and bowling — on ice. And, ever since the United States won Olympic gold in 2018, the sport of curling has been gaining in popularity. But long before that, curling has thrived from a devoted following right here in the desert at a curling club in Tempe that recently hosted its own championship tournament.

“It’s my life now. It’s where I spend all my free time and all my money. I mean, it’s an amazing sport and there’s fantastic people.” said Mike Siggins, a curler who was born and raised in the Phoenix metro. He’s a member of the Coyotes Curling Club in Tempe which hosted the Ed Werenich Golden Wrench Classic.

Siggins served as Chair, although if you ask him, he'd describe his role as "lead volunteer." Siggins is much more than a volunteer and more than than a casual curler. He's a curling champion. His team of desert dwellers won last year’s USA Curling Club National tournament, upsetting well-established curling clubs from Minnesota and Wisconsin.

“There’s probably about four or five people in the world who can make a living doing this, and everyone else just does it because they love it.” Siggins said, noting that he loves it — which is a good thing, since there is no money in it for him or others in the Tempe club.

“They’re celebrities, these people," Siggins said, talking about the professional curlers who competed at the club for the Werenich Classic. They came from all over the U.S. and all over the world.

"Curling is a huge pastime in Canada," he said.

Shuster was “skip” — team captain — of the men's curling team that won the U.S. its first gold medal ever in the sport considered by most to be associated with Canada. But, its origin is actually Scottish.

According to the World Curling Federation, the first recognized curling clubs were formed in Scotland in the mid 1800s. Curling in its early days was played on frozen ponds.

And not too much has changed. The sport’s main movement still requires players to jackknife their right leg, slide forward and push a 40-pound disc on ice.

“Yeah, it’s something you have to get used to. It’s basically a deep lunge. So you have to warm up your muscles for it,” Siggins said.

Some finer points of curling:

Teams play against each other in playdowns, there’s four players on a team. Each team throws eight discs, known as stones, down the sheets in an end. An end is like an inning. There are eight ends to a game. Not a match, a game. And tournaments are called bonspiels. 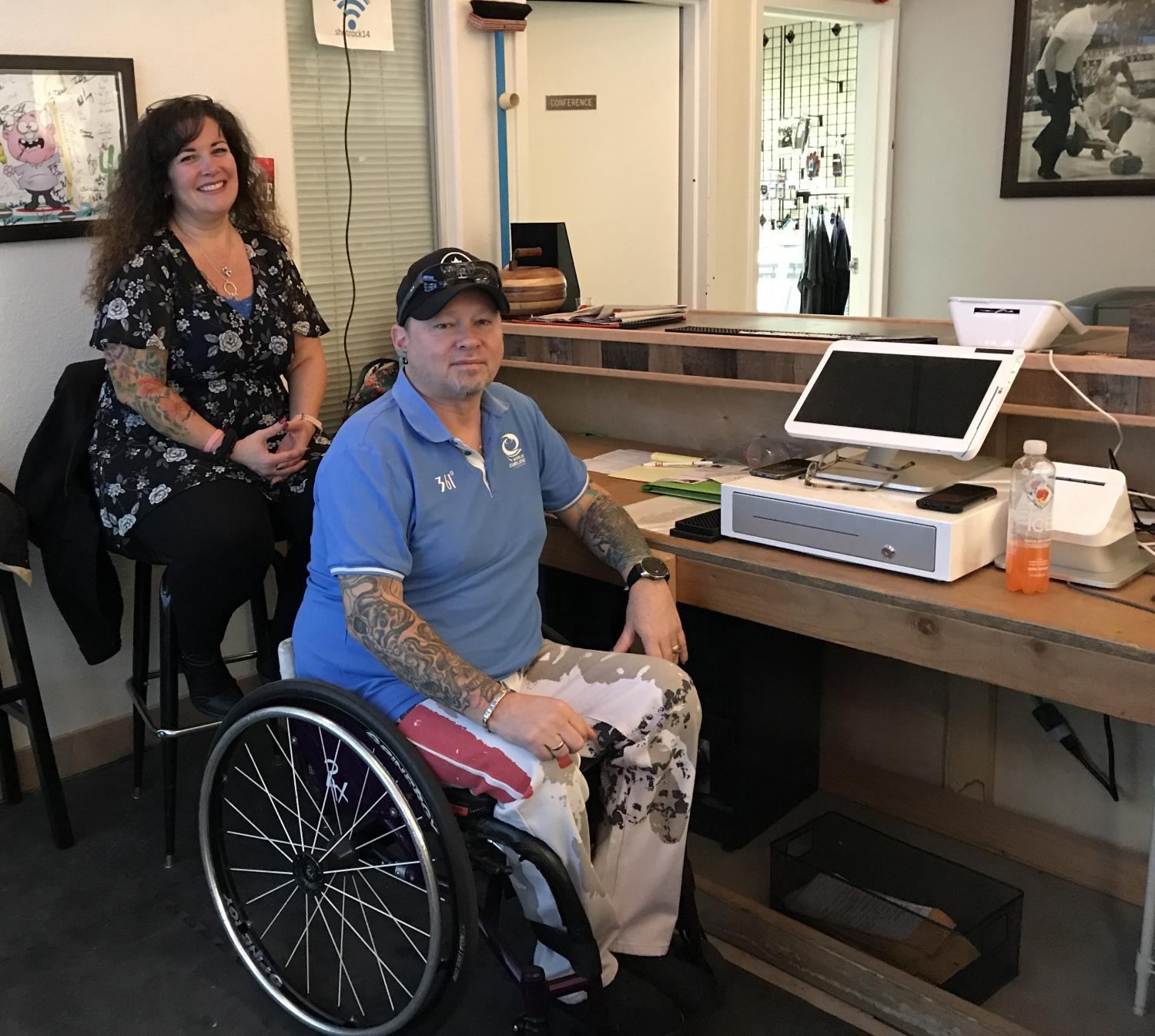 About 25 feet behind the glass, far behind the crowd lined up in folded chairs watching the games, a husband and wife sat at the Coyotes Curling Club bar. Carrie McDonald sat on a stool directly behind Patrick McDonald, her husband, who sat in a wheelchair, taking drink orders from patrons.

“I’ve been to nine worlds, 10 national championships and two paralympics," said Patrick, skip and Wheelchair Curling Paralympian for Team USA. "I just had to beat up some cancer. Now, I’m healthy. Now, I’m coming back. So, now I volunteer my time here at the club teaching able-bodied wheelchair curling. And this is one of the main reasons why we came to Arizona,” he said.

Along with Patrick and Carrie, their daughter Andrea is a curler and is about to compete in an under age-18 curling championship tournament. The McDonalds moved to Arizona from Wisconsin — the state that boasts the most curling clubs in the country and the nation’s oldest.

“Who would have thought that, curling, which is a winter sport is in Phoenix, Arizona? Back East, in the Minnesotas, the Dakotas, the Wisconsins, it’s literally like Oct. 1 to April 1. Here in Arizona, you’ve got top quality ice from the first week of September all of the way through the last week of July,” said Patrick. 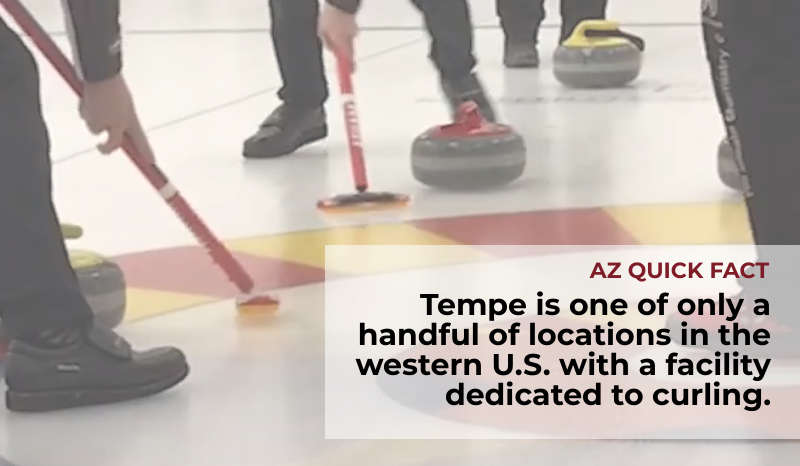 He says moving to Arizona to curl was a decision his family made for his health and one he is glad he did more and more every day, now that the Tempe club has an ice rink dedicated to just curling.

“And if I can use a metaphor for golf, it’s tough to become a PGA Tour pro if you’re just practicing on goofy golf courses like Putt-Putt. That’s pretty much what hockey rinks are.” said Siggins.

Mike Siggins says it’s one of only a handful of curling clubs in the Southwest with a dedicated rink.

Later that day at the Werenich Classic, Team Siggins played against another group of Tempe-based curlers, Team LeClair. Neither ended up winning the championship. The victory, this time, went to a Canadian team.

But for the Coyotes Curling Club, there’s no time to throw stones at anything but the next tournament and another chance to claim recognition for curling in the desert southwest.