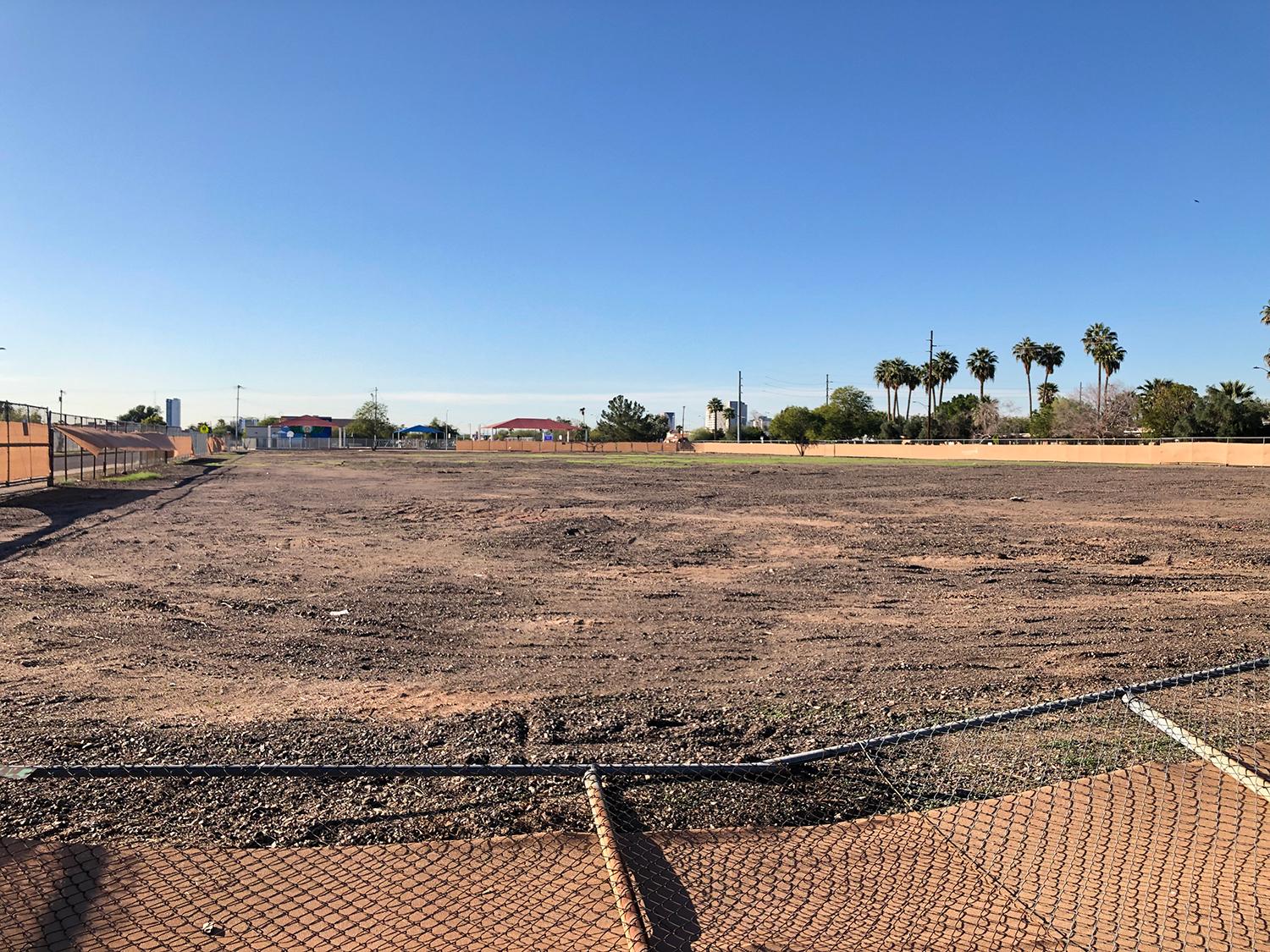 Mark Brodie/KJZZ
This now-empty lot will be a new housing development, with an emphasis on heat resiliency

On Monday afternoon, Phoenix officials broke ground on what they might ordinarily call a hot new development project. Except they’re hoping this one will be just the opposite.

In a report released last year by the Urban Land Institute called Scorched, Phoenix made the list of cities with the worst nighttime urban heat islands. The Edison-Eastlake neighborhood, east of downtown, was singled out as having some of the hottest temperatures in Maricopa County.

But the Soluna project aims to change that. The same report suggests the city is aiming to redevelop Edison-Eastlake as a "heat-resilient, affordable" neighborhood. The plan is to build different kinds of housing on what is now an empty lot at 19th and Garfield streets, renovate a park across the street and work on other nearby housing.

The project will also incorporate different kinds of heat mitigation techniques, both built and natural. To get a sense of what’s coming, The Show met onsite with Yolanda Martinez, a Housing Manager for the City of Phoenix, and Mark Smith, lead architect with Gorman & Company, which is taking on the development, architecture and construction of the project.