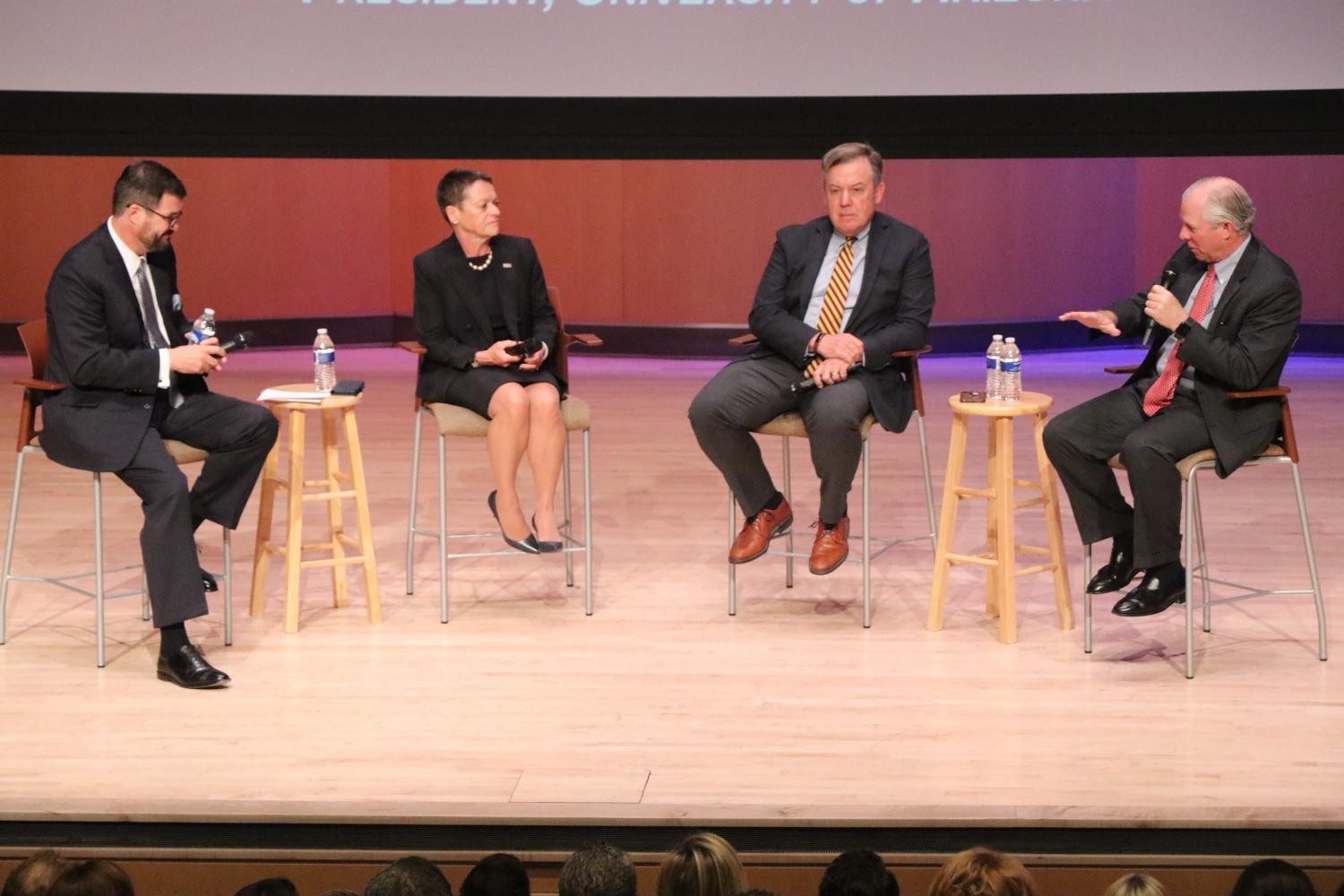 Jimmy Jenkins/KJZZ
The presidents of Arizona's state university speak at a forum in Phoenix on Arizona's economy on Feb. 6, 2020.

The presidents of Arizona’s state universities addressed the role of higher education in workforce development at a Greater Phoenix Chamber of Commerce event on Thursday.

Crow said Arizona could no longer rely on population growth alone to advance the economy.

Crow announced the university will be building the largest engineering school in the world, combining the current Fulton schools of engineering into one school.

UA President Robert Robbins said the universities need to take advantage of partnerships with industry leaders in fields like mining and aerospace.

“There’s actually requests in through the budget funding of a new wind tunnel for hypersonics at the U of A in partnership with Raytheon,” Robbins said.

NAU President Rita Cheng said their institutions were focusing on growing the diversity of their campuses and working to build relationships that serve rural communities.