Phoenix Mayor Kate Gallego: Others Need To 'Step Up' On Homelessness

Some business owners in Phoenix are frustrated with the impact of homelessness on their properties.

Recently, they took their concerns to Phoenix City Hall and got some attention, but they want to see more action — and so does the city.

For 35 years, Bill Morlan has been working at Electric Supply Inc.  It’s at 9th Avenue and Madison Street near the Human Services Campus, which serves thousands of people experiencing homelessness every year.

“I have no issue with a shelter down the street,” he said. “Little bit of bad luck or a couple of bad decisions and almost any of us could end up down here.”

Bill says in the last couple months things have gotten really bad — even his customers notice.

Just outside Bill’s business and stretching several blocks are hundreds of people living on dirt and gravel patches along the curb. Tents, tarps and bicycles blanket the area. At night, orange flames dot the landscape and smoke fills the air as people light fires for warmth. 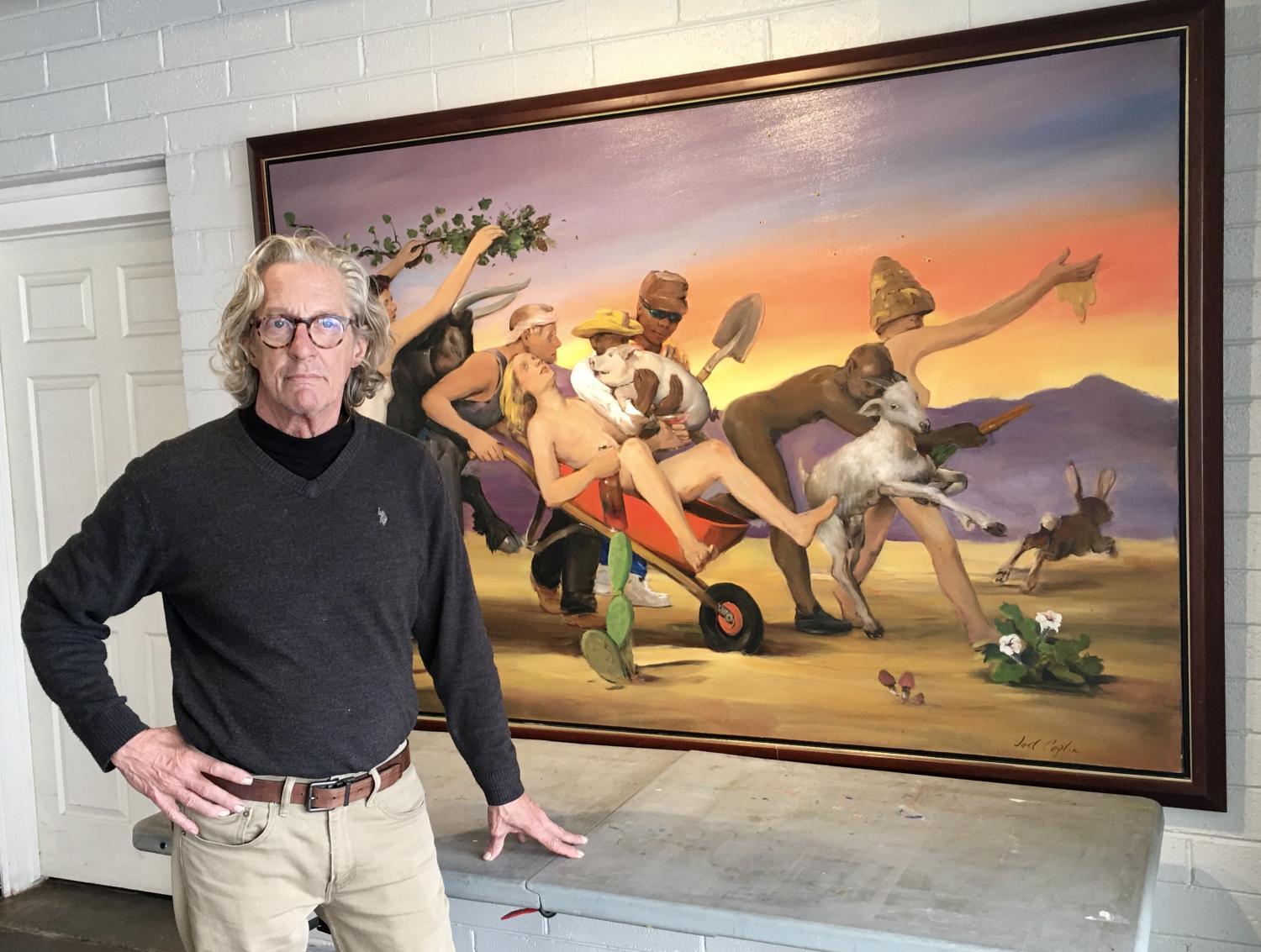 Christina Estes/KJZZ
Joel Coplin stands next to his painting inside Gallery 119 on Feb. 3, 2020.

Last month Joel, Bill and other property owners formed the Madison Pioneers Coalition, and last week they addressed the City Council. They shared stories about human waste on sidewalks and streets and an overstuffed dumpster attracting rats. Ian Francis talked about people preying on others.

“And especially later at night, I live in the area, it’s right outside my door. We’re witnessing prostitution, human sex trafficking,” he said. “We’re seeing the drug deals happen from the cars.”

“I expressed sympathy to them about you know, they’re living with this.” Ed Zuercher, Phoenix City manager said. “What other people talk about in the abstract they live in the everyday real world.”

After Zuercher met with the group, the city added three dumpsters and increased trash collection from three times to five times a week while the county installed rat traps. Before the extra dumpsters, the city's public works department said it collected one ton of trash each week from one dumpster.

On Wednesday, people were told to pack up and move for a few hours while city workers shoveled trash and personal belongings left behind. Street sweepers moved along Madison and Jackson streets from 9th to 13th avenues.

The Andre House, which provides dinner, showers, and clothing, opened its parking lot at 11th Avenue and Madison Street so people could store their belongings during the street cleaning.

Christina Estes/KJZZ
Jocelyn Johnson-Wilson was among the outreach workers who offered services to people on Feb. 5, 2020.

But the most recent cleanup was a little different — it included a three-day outreach effort. Spendley said the city worked with the Human Services Campus and Central Arizona Shelter Services (CASS), which operates the shelter on the campus, to organize different agencies and volunteers.

“We were calling other shelters to see if they had beds available,” she said. “There’s probably about 50 different outreach teams out here just trying to offer  the individuals who are experiencing homelessness services.”

Jocelyn Johnson-Wilson, a case manager for Lutheran Social Services’s I-HELP program, showed up Wednesday morning to talk to people living on the streets. She said they had three or four beds available at a shelter in Avondale.

“Avondale is on a bus route, so sometimes they’re willing to go and make that difference,” she said. “Our program, we’re like a 90-day emergency services, but our goal is to end homelessness and get you into housing and end this, end what we’re seeing right now.”

Because the shelter operated by CASS is almost always full, the Madison Pioneers Coalition wants Phoenix to open an emergency overflow shelter, but the city manager says there’s no consensus among businesses, residents or the City Council.

“The concentration of people experiencing homelessness in downtown Phoenix is not fair nor is it a long term viable solution,” he said.

The Human Services Campus is the largest homeless-services provider in Maricopa County. The city, the county, the state, nonprofits and businesses all contributed to its hub model, one place where people can find shelter, food, healthcare, job training and other services. But Zuercher said it wasn’t supposed to be the only location.

“There are other family shelters in other places but, by far the concentration of single, shelters for singles, primarily single men is in central Phoenix,” he said. “And there is no other campus environment in Maricopa County anywhere else and that was originally the plan which was why the campus was limited to that number of beds it is now is because it was not supposed to become an ever increasing number. It was supposed to be, have campuses elsewhere.

“I don’t think anybody ever identified another place where they wanted to have another campus,” Zuercher said.

When he says “they,” Zuercher means the county or other cities.

Christina Estes/KJZZ
Trash being dumped from homeless encampments on Feb. 5, 2020.

What Was The Plan?

When the $24 million campus opened more than 14 years ago, it was hailed as a successful partnership between public and private sectors. At the ribbon cutting ceremony, then-Gov. Janet Napolitano’s Chief of Staff Dennis Burke said: “The county is a trendsetter, a model for the country, and much of the work that you’ve done here is something we want to duplicate throughout the state.”

Former Gov. Jan Brewer who championed the campus when she chaired the Maricopa County Board of Supervisors said: “We knew that for a true, long- term solution for homelessness all of the local governments would have to be involved.”

Fields Moseley, Maricopa County Communications director, told KJZZ that former employees recall talking about campuses outside Phoenix, but no specific plans ever reached the County Board of Supervisors.

Based on its special permit with Phoenix, the Human Services Campus is limited to 425 beds. The campus and its partners want to increase the number to 1,000. 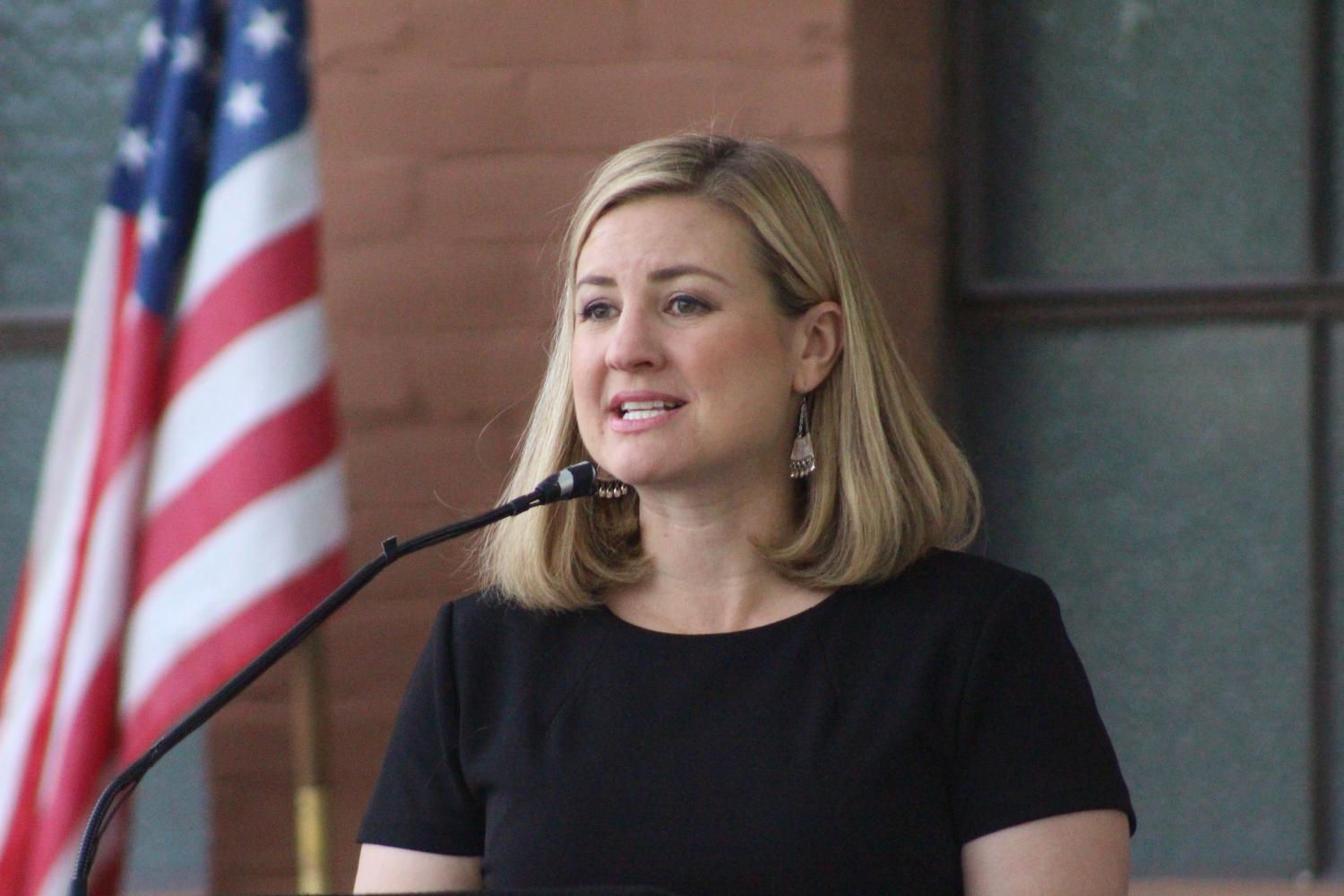 “From a big picture, systems perspective it is a good idea to have resources, including shelter beds in locations across the Maricopa County geography,” she said. “But we still need additional beds on the Human Services Campus.”

Phoenix Mayor Kate Gallego told KJZZ the city provides 85% of emergency shelter beds for the county and said the model is not sustainable.

“This method of centralization also encourages practices that further burden the shelter, such as serving as a drop-off for individuals recently released from correctional or behavioral health facilities,” Gallego said. “This system cannot be the ‘catch-all’ for these individuals. Not only do more government entities need to step up to provide shelter, there needs to be a better system in place for transitioning those coming out of our correctional and behavioral health system successfully back into society.”

The Human Services Campus falls within the boundary of the Capitol Mall Overlay which the city established in 1986 to address property owner, business owner and residents’ concerns about concentrations of homeless services, according to Angie Holdsworth, spokesperson for the Phoenix Planning Department.

“The overlay contains additional regulatory provisions for all the land within its boundary,” she said. “It established a more rigorous process because of the potential negative impacts from this type of use.”

Phoenix’s Planning Department is reviewing the application and stipulations. Once the Department makes a recommendation, the proposal will go before the Central City Village Planning Committee and then the Planning Commission. The City Council will have the final say. No date has been set for a council vote.

Back outside Bill Morlan’s business, he pointed to a gated lot across the street where someone had been operating an RV rental business.

“They said they couldn’t stay down here and do business down here, so they moved to their other location,” Morlan said. “They said they had too many issues with people coming to pick up their RV and not wanting to come to the neighborhood or not being able to. People would fly in from out of town and the cabs wouldn’t want to bring them here; Lyft wouldn’t want to bring them over here because of the neighborhood.”

Christina Estes/KJZZ
Trash outside tents near Ninth Avenue and Jackson Street on Feb. 5, 2020.

Morlan said the Madison Pioneers Coalition will keep talking with anyone who can help — not just help those making a living inside the buildings, but those living outside.

Phoenix recommends people who want to help those experiencing homelessness support the Healthy Giving Council. The coalition of public, private, nonprofit and faith-based groups is focused on providing healthy ways to give throughout the year. In late 2017, the city launched PHX C.A.R.E.S., an outreach program to encourage people living on the street to accept services and resources to help end their homelessness.

Phoenix uses money from its general budget and federal resources it receives to fund solutions and issues related to homelessness. The city provided the following breakdown on how it spends $20 million annually: