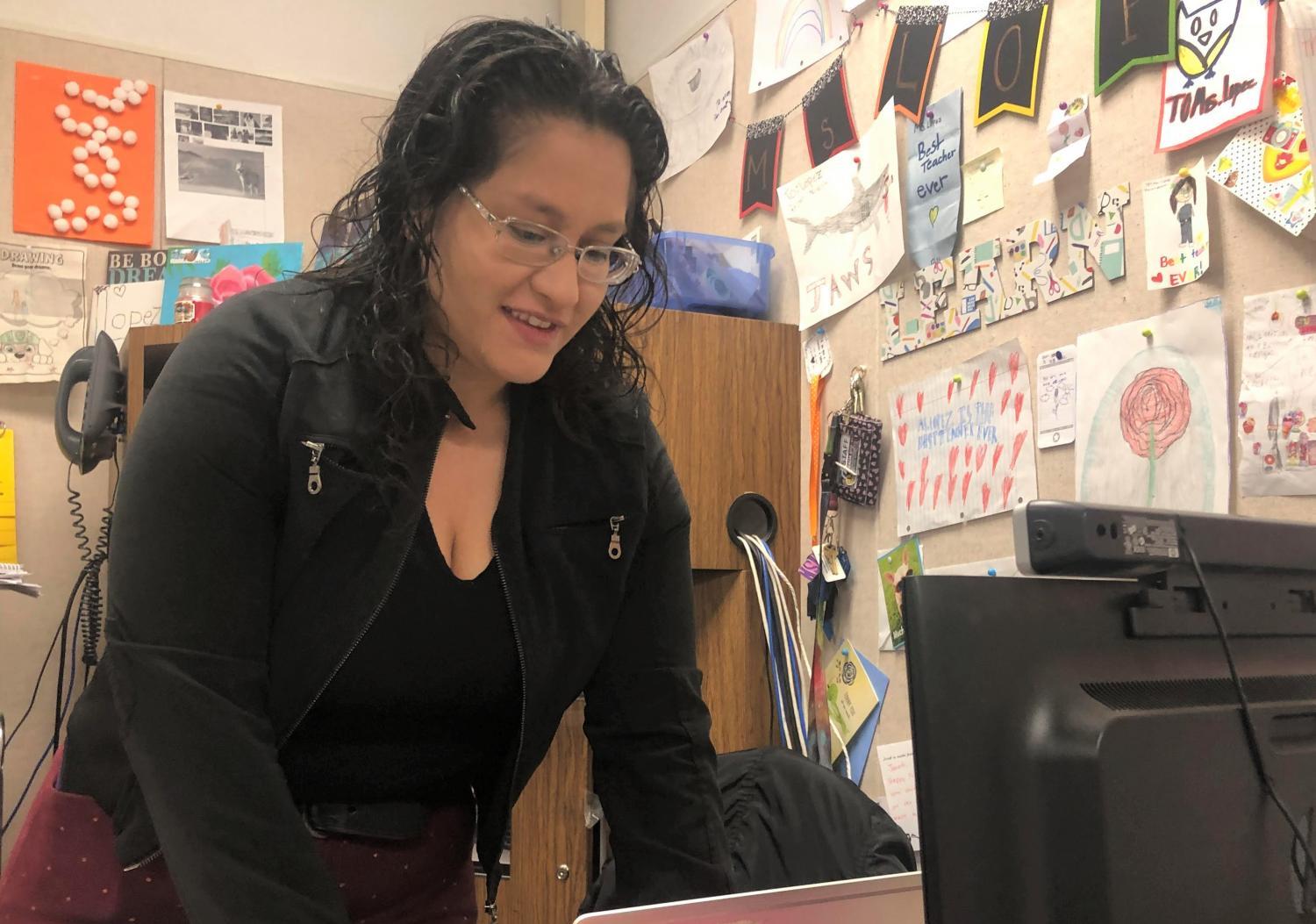 Janeth Lopez is starting the day with her third-graders at Acacia Elementary School in Phoenix. Her students are working on fractions this morning, very quietly.

“I love how silent we are this morning," she told her students. "We’re following expectations early in the morning.”

Lopez has about 25 students in her class — and really, she’s a student, too. She’s a student-teacher in her senior year at Arizona State University. Kim Haus is her mentor, an Acacia Elementary veteran of nearly three decades.

“A lot of students that I have currently, I had their parents or siblings," she said. "So I really, I know these kids inside and out.”

Haus is there to help Lopez and one other paid student-teacher prepare for a career in education.

The mentor program is good for Lopez because it means she won’t be surprised in her first solo year. But it’s really good for schools like Acacia Elementary — where a statewide teacher shortage has left its mark.

Acacia Elementary is just one of more than 30 schools in the Washington Elementary School District. That means Principal Christine Hollingsworth is competing even within her own district to find and keep teachers. The student-teacher model gives her other options. But the bottom line is finding teachers today is a lot harder today than it was 17 years ago. 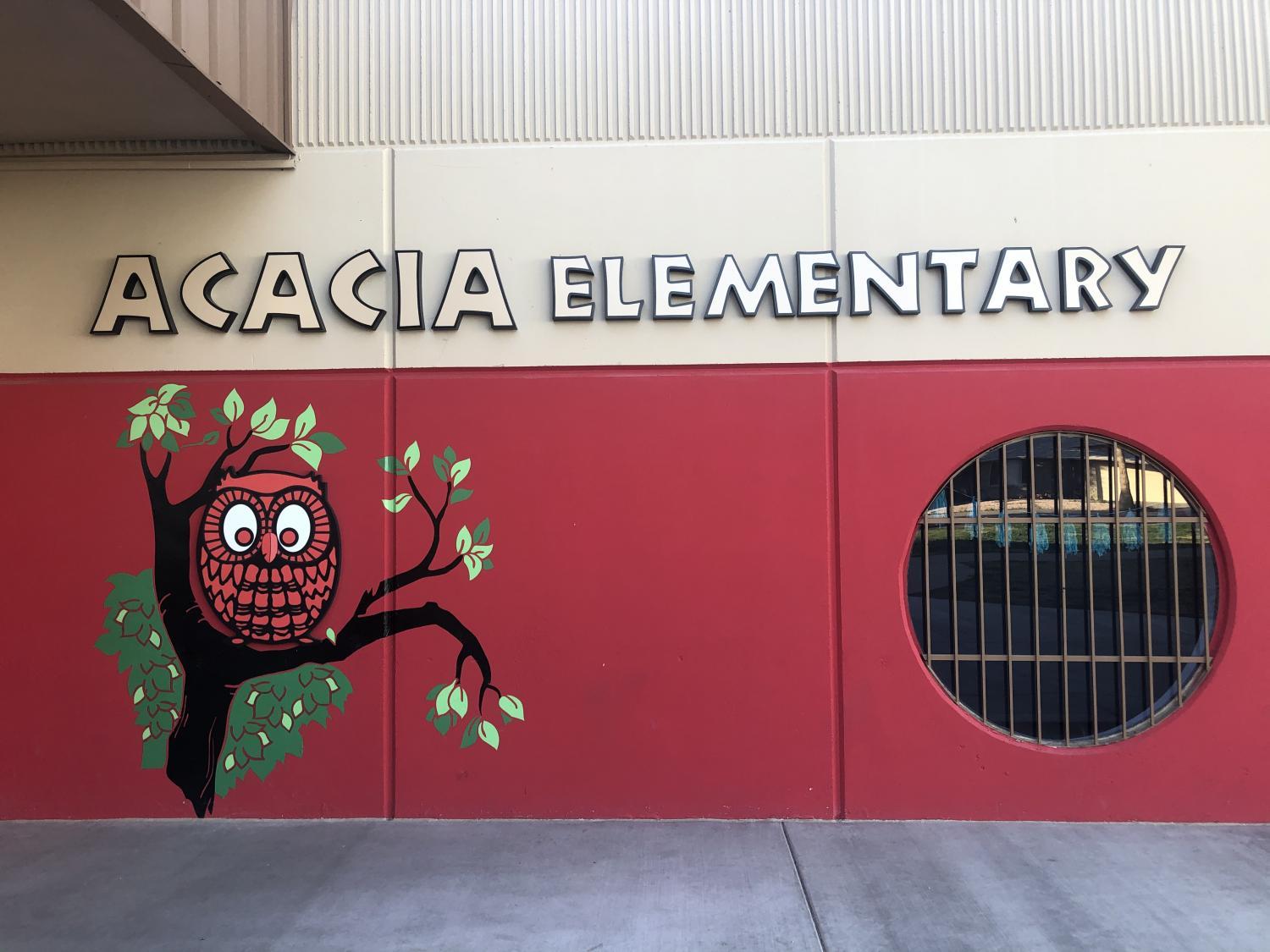 “When I wanted to hire a teacher, I could go onto our job site and look for, say, a first grade teacher and have 200 names pop up. Now, I’m lucky if I have five pop up," she said.

About 200 districts across Arizona started this school year with more than 1,800 teaching positions vacant. Nearly 4,000 positions have been filled by long-term substitutes, people with emergency teaching certificates, international teachers and student-teachers like Lopez.

And while she’s in it to see students succeed, Lopez says recent movements, like Red for Ed in 2018, have raised concerning issues. Issues like low pay.

“Teachers do deserve more for their work," she said. "You’ll have teachers who come in early in the morning and stay late at night, and it is fair to ask for a salary that reflects that.”

It’s not all about salary for Lopez, but it doesn’t hurt that she is being paid — others in the program are not.

“Give the teachers the foundation that they need because education is not the same, and it is difficult," she said. "The teachers need a lot of support nowadays, and this program gives them, ultimately, all that support.” 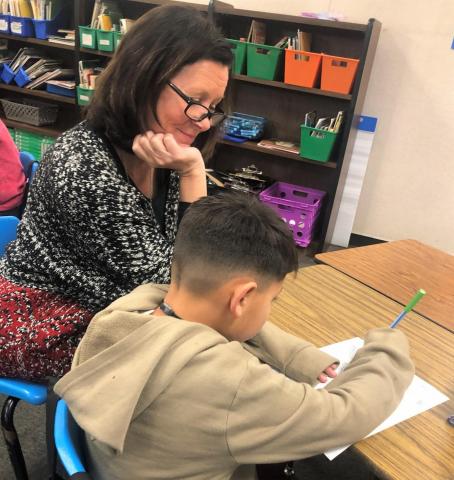 The student-teacher model is one way the state has tried to recruit people into the profession.

Republican Gov. Doug Ducey celebrated progress the state has made in terms of teacher prep during his State of the State address in January.

“There’s still work to do to address the teacher shortage, but a recent study by the Center for American Progress is encouraging," Ducey told lawmakers and officials during his speech. "Arizona has experienced the second-highest growth in new teachers enrolling in teacher preparation programs. We’re actually one of only five states out of 50 seeing an increase in enrollment. And this is news we can all celebrate, because the state of our state can only be strong with strong public schools.”

But his critics aren’t convinced that the state’s efforts have been enough to recruit and retain teachers for the long term.

And public school advocates are getting ready for another fight at the ballot with a proposal to raise taxes on the wealthiest Arizonans.

For the second time since 2018, public school advocates are pushing a ballot measure to add a 3.5% surcharge to any income above $250,000 annually for individuals and above $500,000 annually for couples who file taxes jointly. They say it  would generate about $940 million a year — all for K-12 public schools.

The tax measure’s ballot language was disqualified in 2018, and it remains to be seen if its backers this year can get enough signatures to put it in front of voters in November. If they do, they can expect opposition from Republicans, including Ducey.

He made this promise during the State of the State to raucous applause: “No new taxes. Not this session, not next session, not here in this chamber, not at the ballot box, not on my watch.”

But Thomas said Ducey and lawmakers haven't done enough to solve the problem themselves.

"We do not have competitive salaries, we cannot keep our classrooms with a classroom teacher in them."
— Joe Thomas, Arizona Education Association

“We do not have competitive salaries, we cannot keep our classrooms with a classroom teacher in them," he said. “And the Legislature and the governor just simply do a little bit on the margin. But as long as we have 1,800 classrooms without a certified, qualified teacher, we know there’s still more work to be done.”

In 2018, Thomas marched with tens of thousands in support of a statewide teacher’s strike sparked, in part, because of low pay. Arizona has been in the bottom tier among states for median teacher pay since at least 2016.

“It’s relatively easy for teachers to simply move over a state and get much higher pay," she said. "So, we’re kind of a perfect storm.”