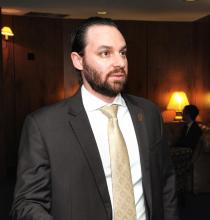 Republicans have led the charge to repeal the Affordable Care Act — also known as Obamacare — which could be decided by the U.S. Supreme Court later this year.

Now in Arizona, some of those same Republicans say they are building a "safeguard" to replace the ACA's popular protection for those with pre-existing medical conditions.

But Cindy Komar told lawmakers Wednesday that without limits on premiums or deductibles, Senate Bill 1397 would offer little assurance for her son, who lives with severe hemophilia.

"If my son were to buy an individual policy based on what I understand for this bill," she explained at Wednesday's committee hearing, "then he could be charged a $10,000 deductible. And it's totally unaffordable."

Kimberly Dorris says she suffers from Graves' disease, and suggested the legislation looks more like a bid by Republicans to save political face as they prepare to kill popular legislation.

Mesnard said he's willing to listen to ideas that could improve the measure when it goes to the full Senate, "within reason.''

For those who think the bill is too narrow, he reminded them of the alternative: "If Obamacare is struck down as I think it inevitably will be at this point ... there is nothing.''

With that, Sen. Sean Bowie (D-Tempe) agreed to support the measure, calling it "better than nothing.''