What Trump's State Of The Union Could Mean For Arizona 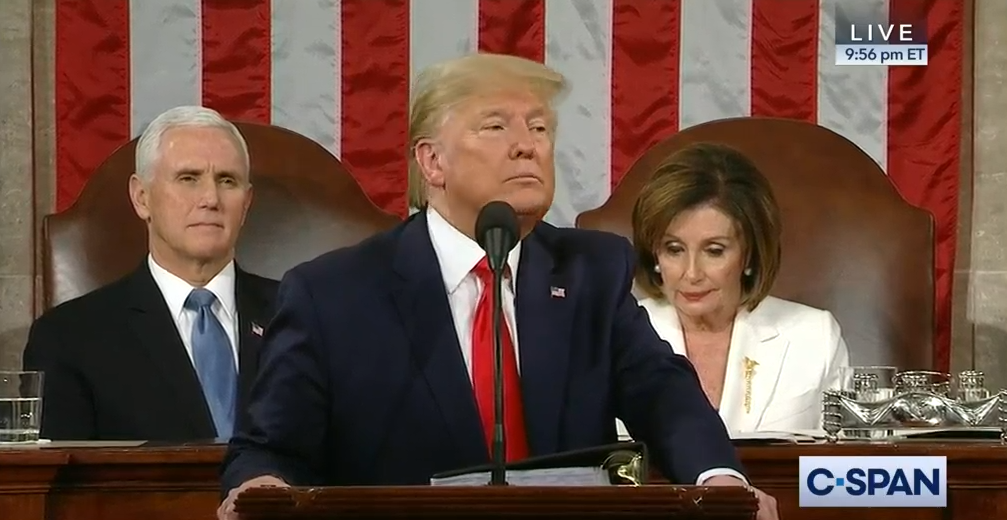 C-SPAN
President Donald Trump delivers the State of the Union address on Feb, 4, 2020.

President Donald Trump delivered his State of the Union address on Tuesday night, taking time to make his case for another term in office, boasting of a strong economy and — perhaps — encouraging a bit of drama along the way.

Trump seemed to snub Democratic House Speaker Nancy Pelosi. As Pelosi reached out to shake Trump’s hand after he handed her a copy of the speech, the president turned away. And after his remarks, Pelosi made a show of ripping her copy of the State of the Union in half. Republican Congressman David Schweikert wasn’t impressed.

“What Speaker Pelosi did of tearing up the speech at the end and some of the other antics — I’m hoping the American people understand the last year of our lives here have been just weaponized politics," Schweikert said.

Despite any tension among party leaders, some Arizona Democrats in Congress could still see a way forward. Congressman Greg Stanton saw hope in talk of infrastructure, for example.

“I’ll work with people that I may have a disagreement on other issues. I’ll work with them on issues like infrastructure investment for the betterment of Arizona and the American economy," Stanton said.

The Show turned to Chuck Coughlin, president and CEO of HighGround, for a look at what he heard last night — and what it could all mean for Arizona.

To get perspective with an eye toward trade and the potential impact on Arizona’s relationship with Mexico, The Show talked with Erik Lee. Lee is the executive director of the North American Research Partnership.