Download mp3 (6.42 MB)
Jimmy Jenkins/KJZZ
Joan Koenigs will transmit the results of the satellite caucus electronically back to the Iowa Democratic Party.

For all the attention the Iowa caucuses get, even in a high turnout year, less than 20% of eligible voters will come out to caucus.

The first-in-the-nation state faces criticism for being less diverse than most other states. And people have to take a couple hours out of their evening in order to caucus.

This year, Iowa Democrats are allowing what they’re calling satellite caucuses. They’re places for people to go to participate that aren’t their regular neighborhood precincts.

Some are at hospitals to catch people on the night shift, others at college campuses. And there’ll be a site at Hoover Elementary School in suburban Cedar Rapids. It’s geared towards people whose native language isn’t English.

Many of them will probably be parents of students and first-time caucusgoers. And they’ll be able to participate in their own languages, with help from interpreters, which he says will make a huge difference. "The families and neighbors around this area are not as engaged" Tilahun said. "So it's an opportunity for building a new voter base."

This year there will be 97 of these sites. They’ll be scattered throughout Iowa, the country, even overseas. This is the first cycle Iowans outside of the state will be able to caucus at this scale.

Longtime Iowa farmers, Joan and Deo Koenigs were heavily involved in state politics. But since their retirement, they’ve been spending the winters in Arizona. 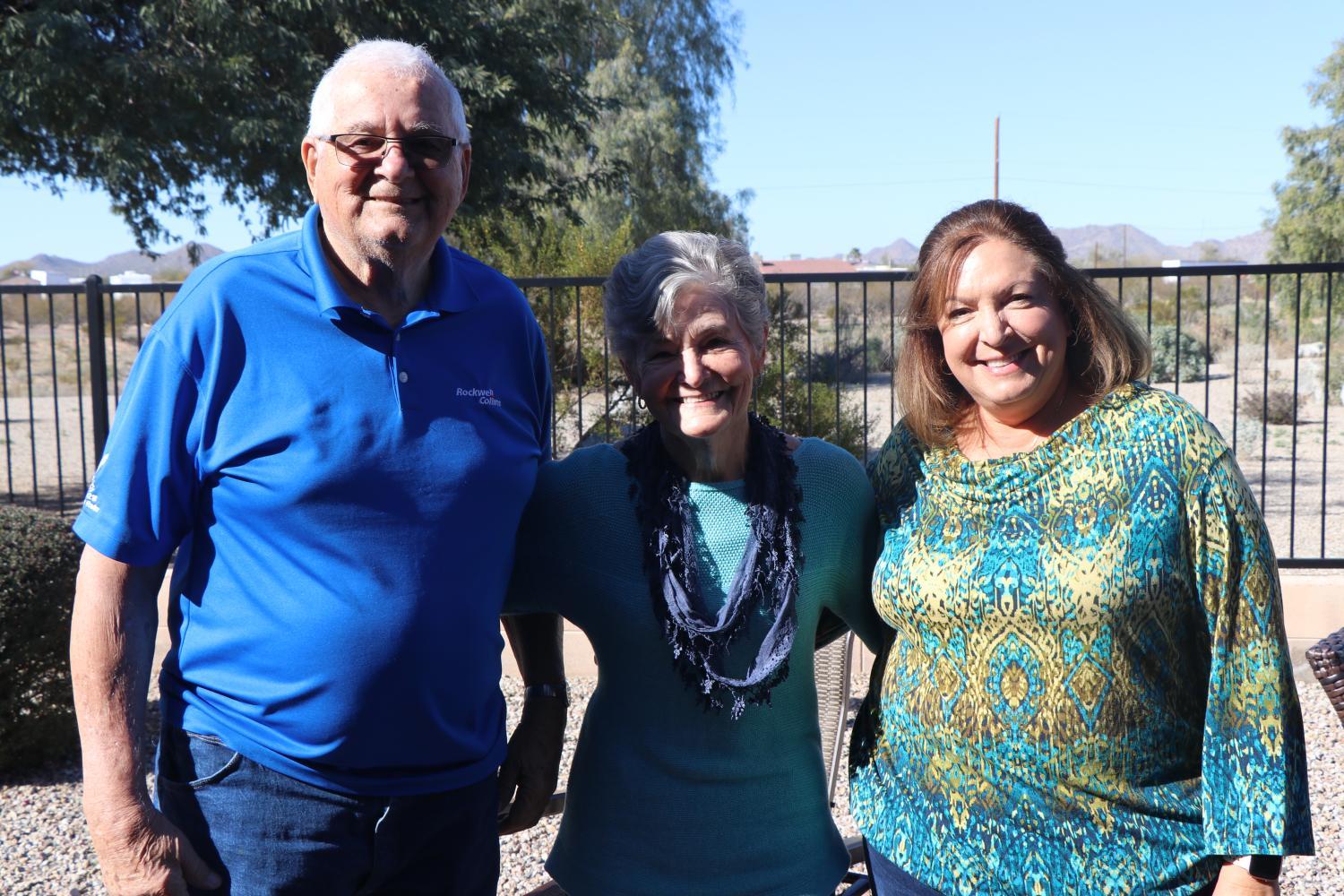 Jimmy Jenkins/KJZZ
Self-described snowbirds, Joan and Deo Koenigs and their neighbor Pat Kramer are all Iowans who spend their winters in Arizona.

"Snowbirds," Deo chuckles. “We came out as a grand adventure," Joan said. "We didn’t even know where we were going. We didn’t plan on staying every year.”

But she says they fell in love with Arizona. And the Koenigs aren’t the only Iowans on the block. Pat Kramer just bought a home down the street a year ago.

“I love the area," Kramer said. "You can’t beat the sunshine or the weather in the winter.”

While they don’t miss shoveling snow, Joan says caucusing is still a part of their identity. “I always felt bad when we missed caucus because we’ve been political all our lives,” she said.

And she says this year feels especially important. So Joan applied to the Iowa Democratic Party and was approved to host a caucus at her house. She was going to have people gather in the bedrooms and the kitchen and allow for overflow out onto the patio.

The response has been so big, Joan had to move the caucus to a nearby Harkins movie theater in Queen Creek. She expects over 100 people to show up on Feb. 3.

In total, the satellite sites could attract hundreds, maybe even a few thousand more people. The chairman of the Iowa Democrats, Troy Price, says the caucuses are getting modernized.

"The changes we're making this year are some of the biggest ones that we've made since the caucuses were created,” Price said.

But critics say these satellite sites are not enough to fix what they see as fundamental problems. The process isn’t set up for people who work at night, have little kids or don’t have a car.

Jon Green is with the Johnson County Democrats and he’ll be running a caucus site in the city of Lone Tree. “They're undemocratic. They’re not inclusive. It’s time-consuming,” he said of the caucuses.

Green is one of an increasingly vocal number of Iowa Democrats who want the party to scrap the caucuses.

“And that doesn't mean that I'm not willing to do the best I can with what we've got," he said. "But by God, we'd better have something better four years from now.”

Some Iowa Democrats say adding satellite caucuses will make the process more inclusive. But Green sees it as a marginal change.

Whether they’re in Arizona or Iowa, he says most voters don’t want to spend several hours at a caucus — they just want to vote and go home.