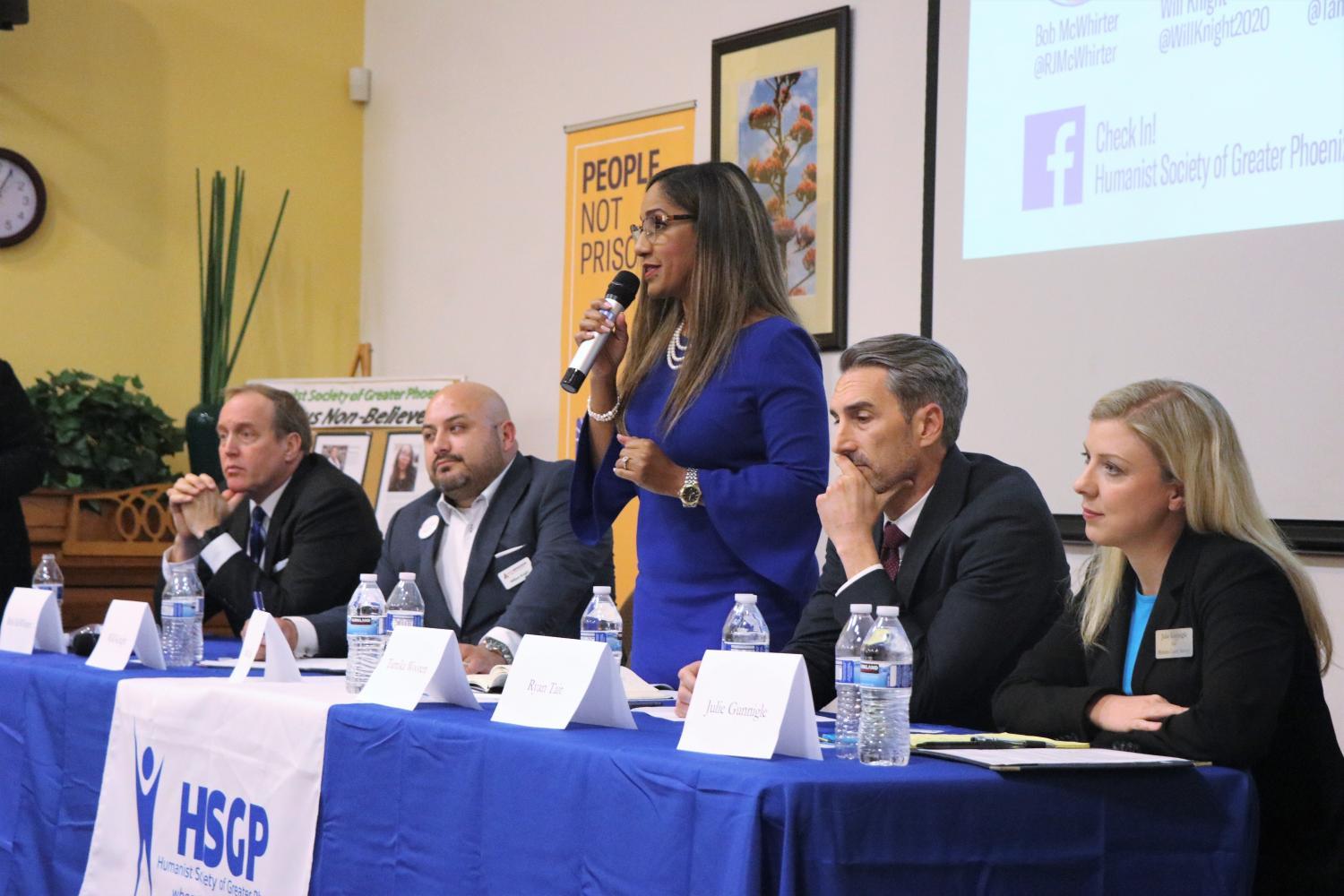 Five Democratic candidates running for Maricopa County attorney took part in a town hall Thursday night in Mesa. The event was sponsored by the Humanist Society of Greater Phoenix and the ACLU of Arizona.

During an hourlong question and answer period, the candidates all promised to bring radical change to the County Attorney’s Office in an effort to combat Arizona’s high rate of incarceration.

There were many areas of common ground. All of the candidates said they would end prosecution for simple possession of marijuana. Expanding diversion opportunities and addiction treatment programs received support across the board as well.

All of the candidates said they were in favor of ending cash bail, and promised not to take money from APS.

Tamika Wooten said her various roles in the legal system have prepared her to take on the complexities of the top prosecutor job. "I have the experience of a chief prosecutor, the compassion of a defense attorney and the wisdom of a judge," she said.

Ryan Tait said working as a defense attorney has made him especially sympathetic toward people with drug addictions.

“So when I say that I will not send people to prison for possession of drugs for personal use, period, it’s because that’s the right thing to do," Tait said. "We’re going to send them to treatment because that works."

Attorney Bob McWhirter said his legal experience has prepared him to take a tough stance on police accountability. “You’ve got to rebuild a situation where people can trust police officers again," McWhirter said, "and not have to worry that the person who’s sworn to protect them is actually the one who’s going to hurt them.”

McWhirter said that starts with involving people from impacted communities to be part of an oversight process.

Gunnigle said as prosecutor she would work to protect women and the LGBTQ community from what she called discrimination masquerading as religion.

“I will never allow this office to impose religion on someone else’s uterus,” she said. Gunnigle said she was committed to a 26% reduction in the state's prison population by 2024.

All of the candidates vowed to take the prosecutor’s office in a new progressive direction if they were to unseat current County Attorney Allister Adel, who declined to participate in the town hall.