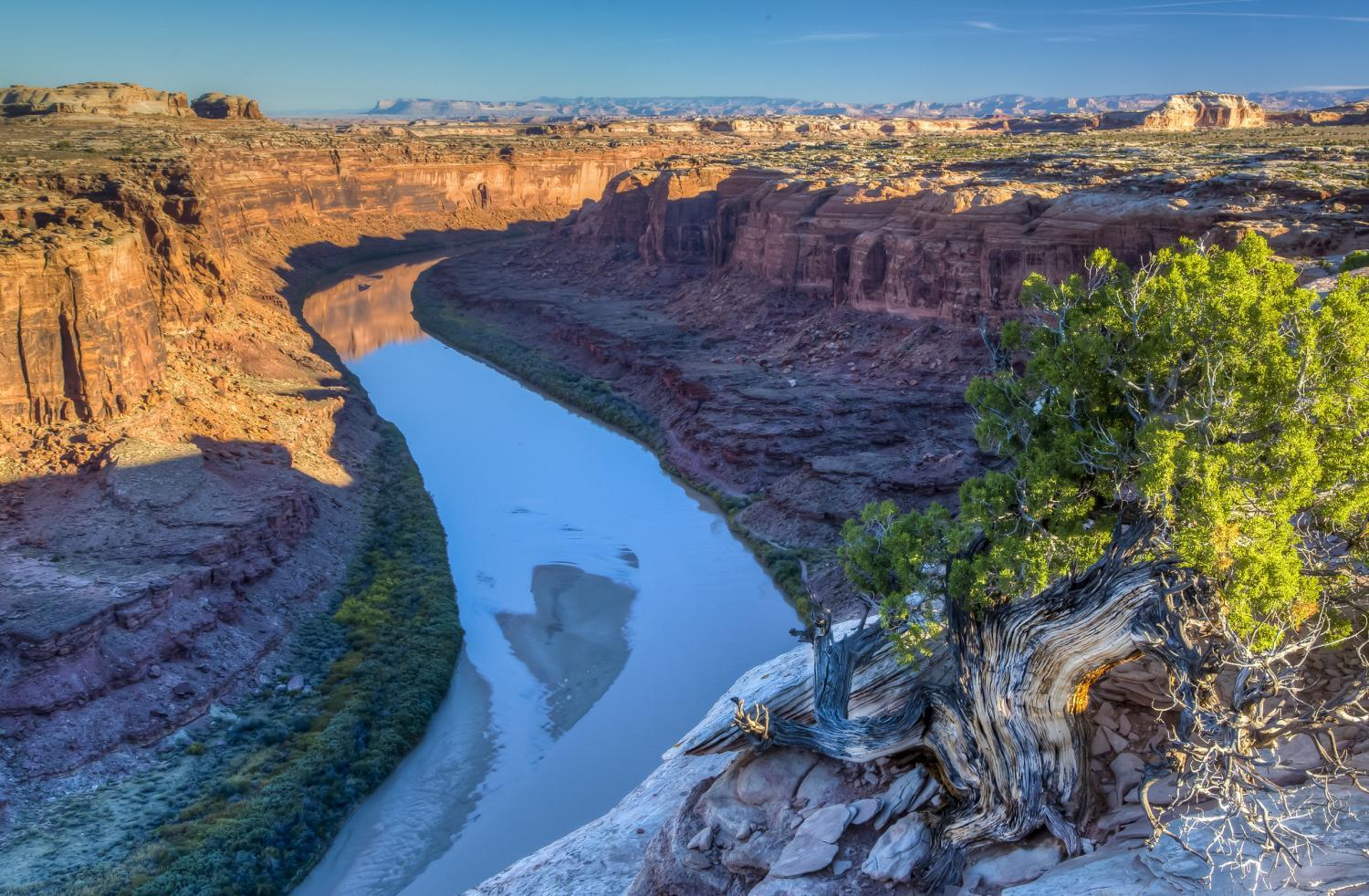 MARK BRODIE: The Colorado River basin is taking a breather this year before ramping up negotiations again. But water is still a major subject at the Arizona Capitol. Lawmakers have proposed many water related bills that would have wide reaching effects. And here to give us a little rundown is KJZZ's Bret Jaspers. Hey, Bret.

BRODIE: So let's start with big wells meant for irrigating industrial farms. There's more attention on this after an investigation in the Arizona Republic showed an increase in the number of wells for industrial farms in rural areas, also deeper wells. So what have lawmakers proposed to address that?

JASPERS: Big takeaway from that investigation was a reminder that people in rural areas don't have to meter their wells. Some residents are seeing their wells run dry. And because there isn't data on pumping, there isn't much recourse. And so there are two bills to address this. One is from Republican John Kavanagh. He would like the State Department of Water Resources meter as well if the department deems it necessary.

BRODIE: So Kavanagh is giving the state the ability to decide who needs a meter. What does the other bill do?

JASPERS: Well, it goes further. Just saying if your well pumps at a certain rate, you have to have a meter. Democrat Kirsten Engel is proposing that one.

KIRSTEN ENGEL: We clearly need it across the state. And I think it's just administratively simpler to just say, hey, ... if you have a well, you know, that's pumping above the sort of exempt level that we have even in the populated areas, then you have to meter your well. And you know that's just the way it is.

JASPERS: So this idea isn't new, and maybe this renewed attention will make a difference this time.

BRODIE: All right. So, Bret, what else is there out there on water?

JASPERS: Well, there's a bill to ban transfers of water from land along the Colorado River to central Arizona. Specifically it's "4th Priority" Colorado River water, which is a contract with the federal government.

BRODIE: And this bill is coming right because of a proposal to transfer water from farmland in La Paz County to Queen Creek?

JASPERS: Yes. So there's a company that owns farmland in La Paz County and is trying to sell its water contract to Queen Creek, essentially. And folks up and down the river are worried about losing their water. And Republican Regina Cobb is proposing this ban.

REGINA COBB: If we end up at a stalemate down here at the state and we go to the Department of Interior, so be it. We're just going to do that. I'm not going to give up because I think that we're a smaller community and that we don't have as much clout in the state. And we might not as have as much development as they have. I think they need to work within their means.

JASPERS: So "working within their means" — she's referring to Queen Creek needing to stay within its water budget, although the town says this transfer will help them reduce groundwater use as it grows.

BRODIE: Bret, there's a lot of talk in the fall about the state's model showing unmet groundwater demand in Pinal County over the next hundred years. Anything in the Legislature on that?

JASPERS: Well, maybe. I talked to Pinal County Supervisor Stephen Miller, who is one of the chairs of a stakeholder group. They're looking at both short- and long-term policy to address the unmet water demand. And he said they presented a couple of ideas to the Department of Water Resources that could be introduced this session — you know, not to fix the situation completely, but to maybe let developers adjust their plans. But those bills are still in progress and haven't been submitted.

BRODIE: Now, Rep. David Cook has been the champion of water issues in Pinal County, but he's now facing questions about what looks like a romantic relationship with an agriculture lobbyist. Does it seem like that might affect what Pinal County folks can do?

JASPERS: It could. Cook had been leading on Pinal County water, like you said. But Miller said he talked to the other lawmakers who represent the area and they reassured him of their support.

STEPHEN MILLER: It's unfortunate about Cook's situation, but I think the big picture is a solution for Pinal County. And there's enough vested interest that not just because of the Pinal AMA, but at the Legislature as well. And at the Department of Water Resources.

BRODIE: All right, Bret, give us a lightning round on how what other water bills are out there.

JASPERS: Well, a lot more than what we can accomplish in five minutes. But one has already gotten opposition from Native American members of the Legislature. It's a ban on tribes renewing gambling contracts with the state if they have ongoing water rights litigation. So this is a way for competing interests to get leverage over tribes in water cases. But if the Legislature did this, it could affect future Colorado River talks or other water issues where cooperation is really important. So if this bill does gain traction, it will be contentious. And there's also a bill to increase funding for the Department of Water Resources, which was cut a lot after the recession, and also a bill to require new installations of toilets and other plumbing fixtures to meet a certain water efficiency standard.

BRODIE: All right, certainly plenty to keep our eyes on in the water realm at the state Capitol. That is KJZZ's Bret Jaspers. Bret, as always, thank you.

EDITOR'S NOTE: The headline has been updated to clarify how many water bills the Legislature is considering.