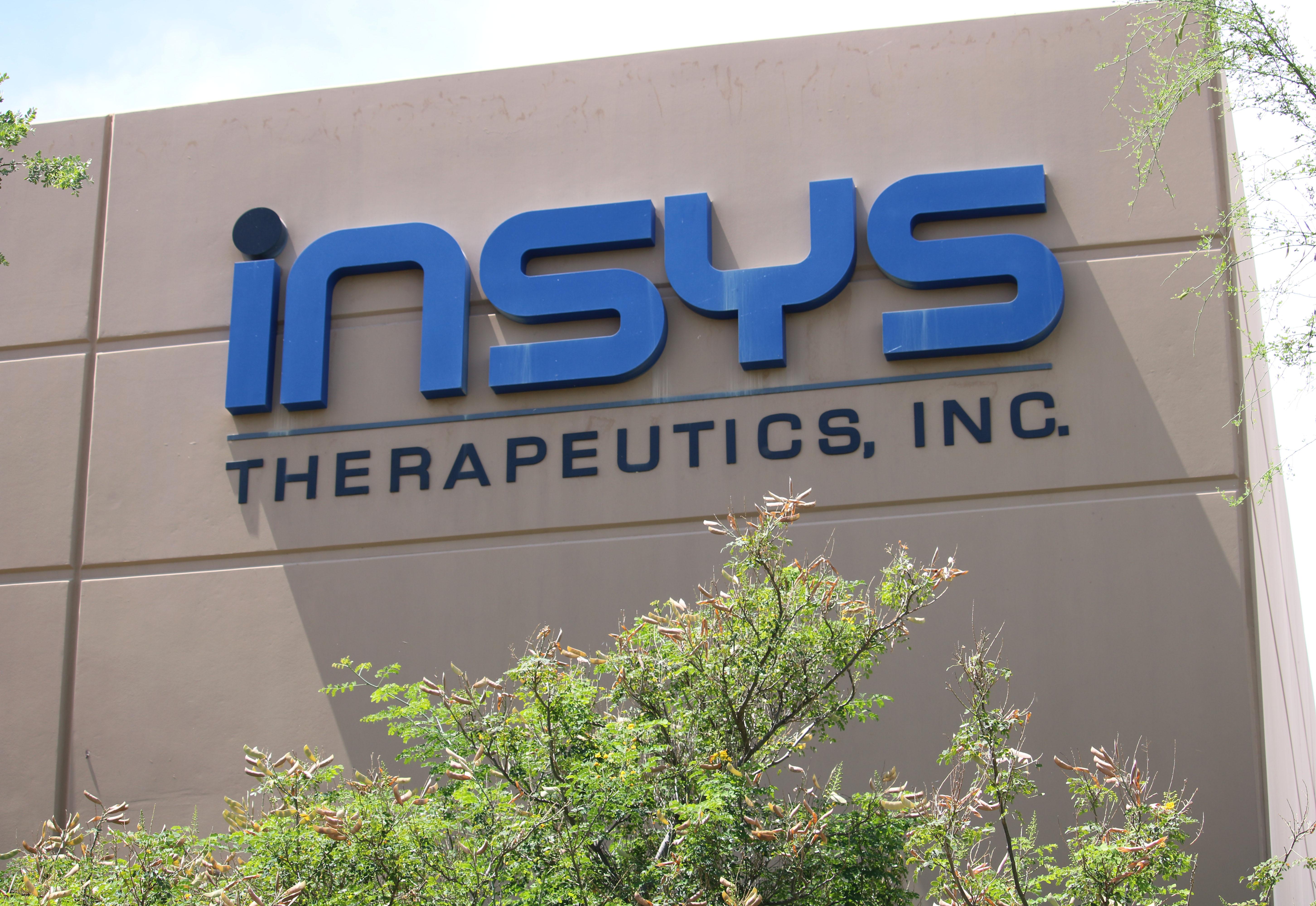 Jean Clare Sarmiento/KJZZ
Insys Therapeutics is based in Chandler.

A former Insys Therapeutics Inc. vice president was sentenced to 33 months in prison for a fraud and bribery plot, the first of seven company executives — including founder John Kapoor — to face punishment for their roles in fueling the U.S. opioid epidemic.

Michael Gurry, 56, the former vice president of managed markets, oversaw an Insys call center in Arizona where employees boosted sales of the company’s painkiller Subsys by falsely claiming to insurers that patients were suffering from cancer pain. Gurry was convicted along with Kapoor and others after a trial in May.

Starting Monday, seven people who worked for opiod maker Insys Therapeutics will appear in court to be sentenced by a federal judge. The case against the Chandler-based opioid maker is considered the first to hold an opioid maker and its executives criminally liable for the drug crisis.

Insys set a new tone for prosecutions of drug companies as capable of being held criminally liable for their actions. The case was a landmark one where company executives were linked to the opioid crisis, including its founder, onetime billionaire John Kapoor.

Prosecutors say officials at Insys paid millions in bribes to doctors to overprescribe its drug, Subsys, a fentanyl-based oral spray meant to ease intense pain suffered by cancer patients. Kapoor and four others were convicted last year of racketeering conspiracy. Two other defendants pleaded guilty. Shortly after, the company reached a $225 million settlement with the U.S. Department of Justice to end its criminal and civil probes.

Insys Therapeutics also deployed other questionable marketing tactics, according to prosecutors. One sales executive, who prosecutors said used to be an exotic dancer, gave a physician a lap dance at a club. And the company misled insurers to get payments for the drug, which could cost as much as $19,000 a month.

Insys Therapeutics has since filed for bankruptcy protection, and it’s not clear whether the company will fully pay what’s owed.

Larger opioid makers, including OxyContin maker Purdue Pharma and the Sackler family that owns it — have not faced the same charges to date. Lawsuits filed against it have not included any threat of prison time.