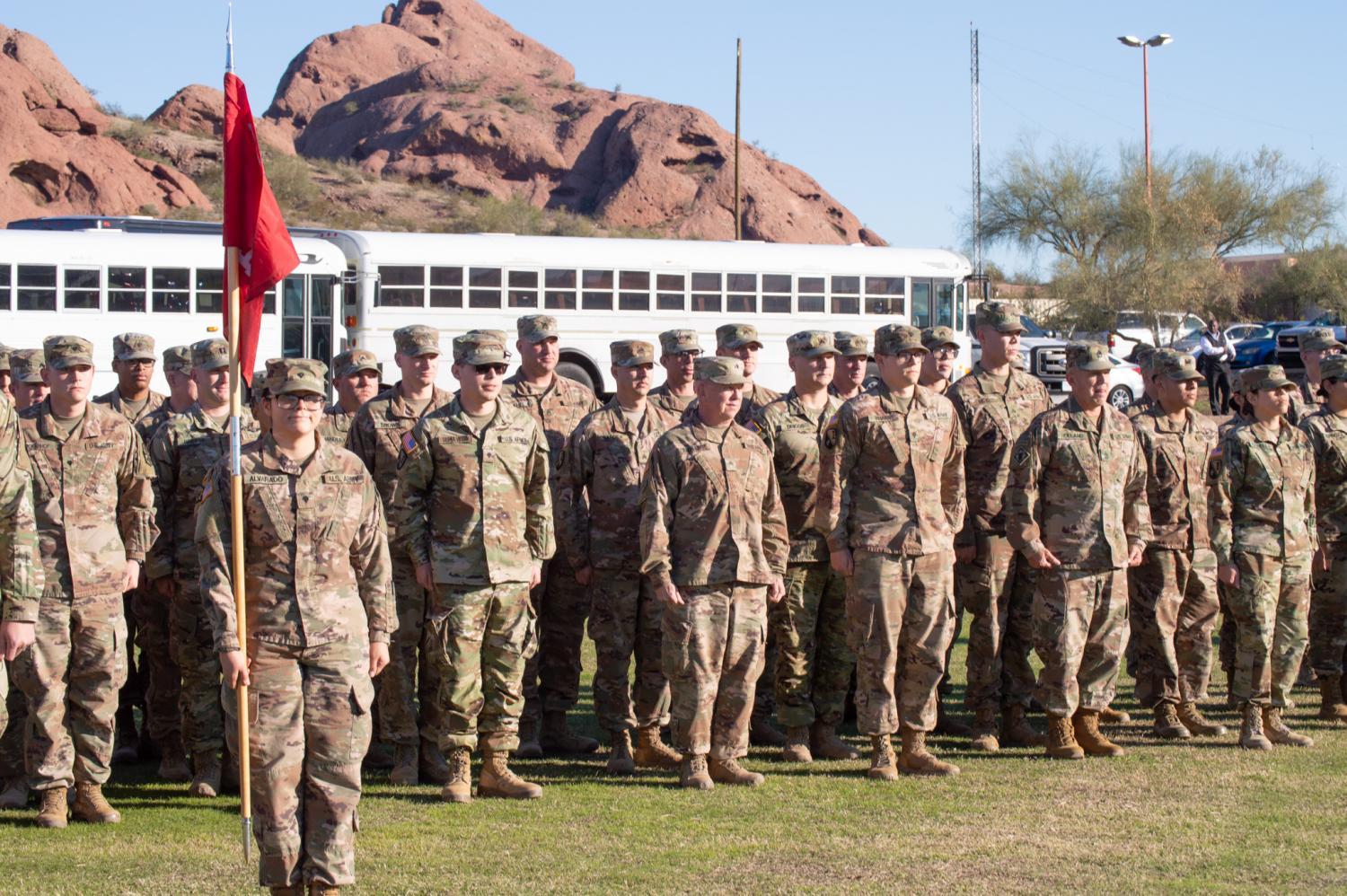 Scott Bourque/KJZZ
Soldiers from the Arizona National Guard's 253rd Engineer Battalion stand in formation before being dismissed after their year-long Middle East Deployment at the Papago Military Reservation on January 11, 2020.

After spending the past year deployed to various locations in the Middle East, more than 150 members of the Arizona Army National Guard's 253rd Engineer Battalion returned home to Phoenix.

Most of these 150 soldiers made up the headquarters company for engineering units in the Middle East. For security reasons, the soldiers weren't allowed to talk about what countries they actively served in.

Fumi Powell's son was one of the Guardsmen deployed. She was able to communicate with him through text messages for most of the deployment.

"I'm just glad to see him back home safely, in good health," she said. "He's been doing well, but so far he hasn't told me everything." 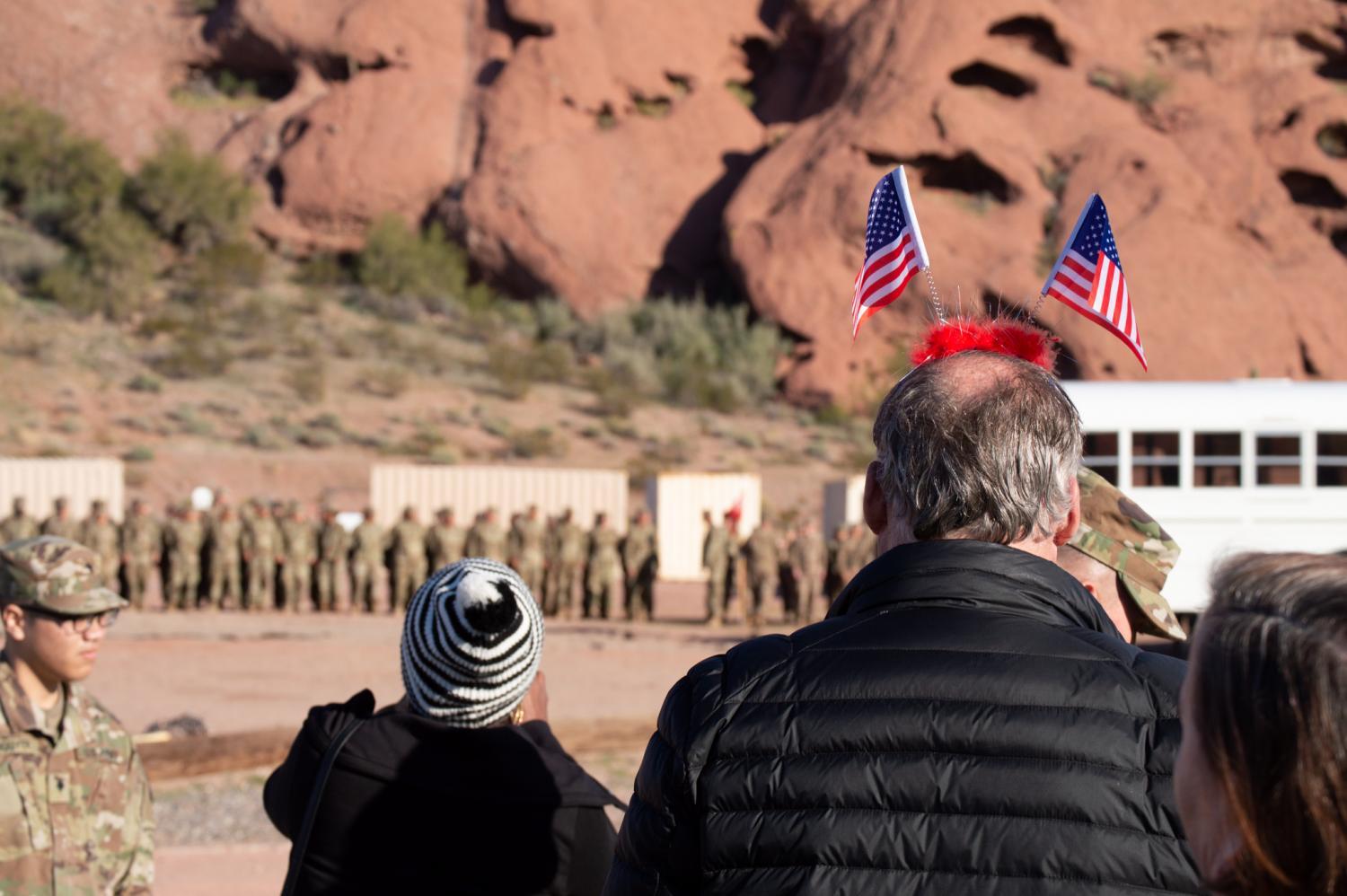 Scott Bourque/KJZZ
Families and friends of soldiers in the Arizona National Guard's 253rd Engineer Battalion wait for their soldiers to march onto the field at the Papago Park Military Reservation on Jan. 11, 2020.

Keisha Rivera's husband Staff Sgt. Luis Rivera is returning from his fourth deployment since 2003. For the first two deployments, the Riveras didn't have kids. This time, Keisha has their four kids, Kaleb, Lukas, Markus and Naomi, in tow.

"We didn't have kids for the first two times," she said. "Now with the four little ones, they missed him a lot. It was a constant 'when's daddy coming home?' but they understood."

They were planning to visit family in Puerto Rico but with the recent earthquakes their plans are up in the air.

As tensions escalate with Iran and more troops are deployed to the Middle East, families said they felt relieved their soldiers were back on American soil.

“Over the last year, in 2019, we had nearly 2000 soldiers and airmen of the 8,200 of us deploy to places all around the globe, to the Pacific Command, to the Central Command, to Europe, to South America," McGuire said. "Last year was one of the busiest years we’ve had, in this upcoming 2020, we don’t have near the number of requests we had last year.” 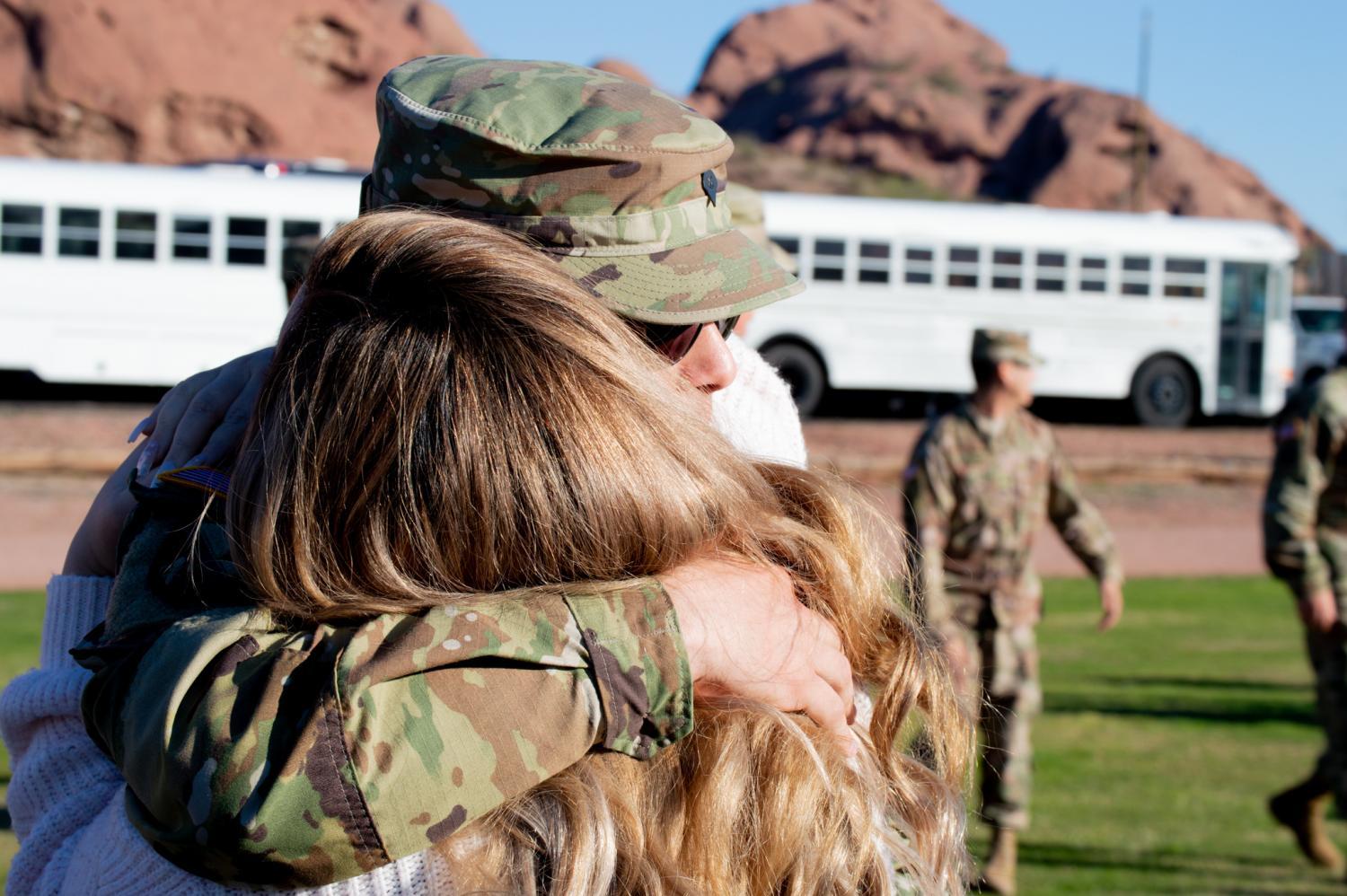 Scott Bourque / KJZZ
A soldier reunites with a loved one at the homecoming ceremony for the Arizona National Guard's 253rd Engineer Battalion at the Papago Park Military Reservation on Jan. 11, 2020.

As the battalion's chartered buses exited the Hohokam Expressway escorted by the American Legion Riders, the anticipation and excitement in the crowd grew. The anticipation was dragged out as the returning soldiers unloaded their gear and fell into formation behind the buses — out of view of their families.

"The 253rd Engineering Battalion has returned, all present and accounted for," McGuire said. "They've successfully endured another year supporting the freedoms and liberties we so greatly enjoy."

With those words, the deployment was over. 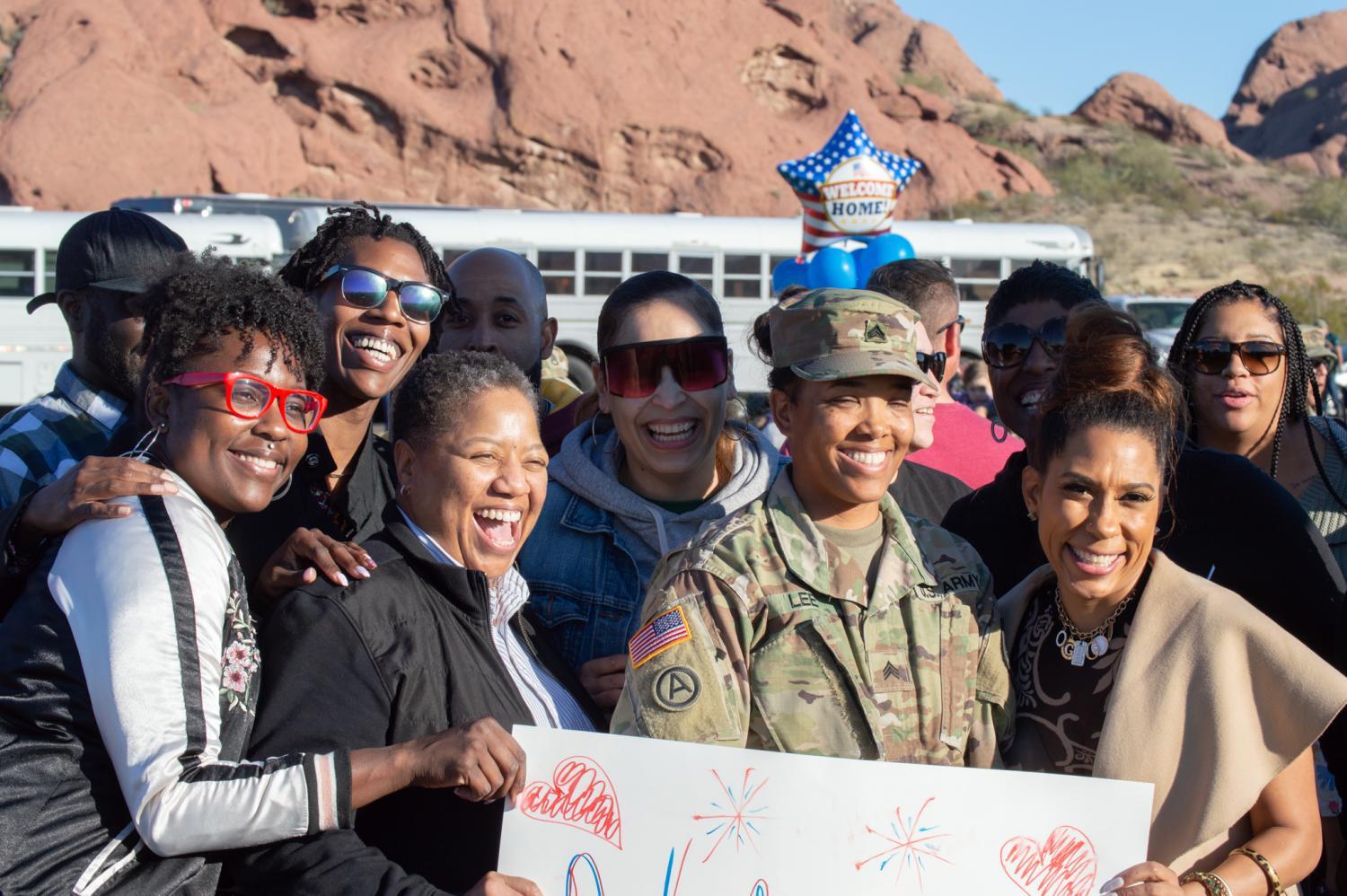 Scott Bourque/KJZZ
The family of Sgt. Kesha Lee poses for a photo after Sgt. Lee's return from a year-long Middle East deployment with the Arizona National Guard's 253rd Engineer Battalion on Jan. 11, 2020.

Sgt. Kesha Lee is one of the returning soldiers. As a member of the National Guard, she typically drills one weekend a month and activates for one two-week period of annual training. As a supply sergeant, she's responsible for millions of dollars worth of equipment and supplies. She was happy to have spent a whole year doing the job she trained for.

"Just figuring out my job," she said. "Weekend warrior, you know, you don’t do much. The whole time I was actually doing my job, so that was good to do."

The first order of business when she gets home?

"Get out of this uniform! Take a shower and relax."