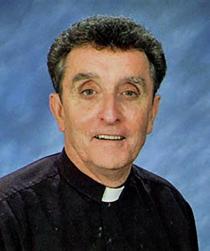 A Catholic priest in Phoenix has been indicted on charges of alleged sexual misconduct with two boys under 15, the Maricopa County Attorney's Office said Thursday.

In 2014, a panel was convened at the direction of the Vatican to investigate abuse allegations against Spaulding. The three-judge panel was made up of priests from around the country.

The tribunal recommended that Spaulding be dismissed from the priesthood.

The diocese said Spaulding was suspended in June 2011 and placed on leave following an investigation that determined a sexual misconduct allegation against him was credible. It said several additional claims have since been made alleging sexual misconduct by Spaulding and all were reported to law enforcement.

The church in 2014 began a process called laicization to remove him from the priesthood, but Spaulding has appealed.