A theatre company in Scottsdale has decided to bring new voices to the stage by specifically casting actors with cognitive and physical disabilities in its musicals. Essayist Amy Silverman has been involved with the most recent production and has this reflection. 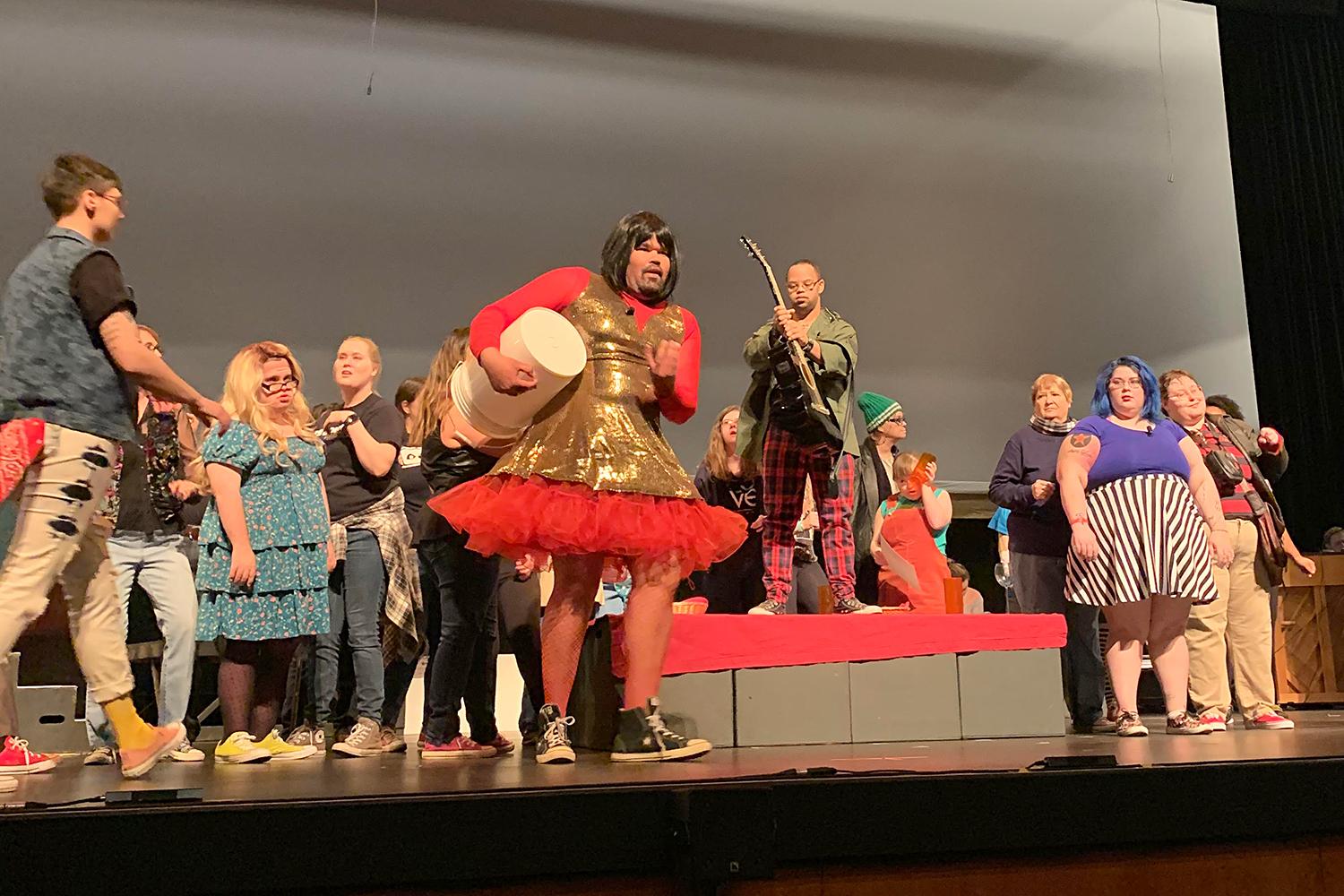 When it comes to pop culture, my husband Ray and I agree on nothing beyond the Beatles and the musical "Rent."

I’ve lost track of the times Ray and I have seen Jonathan Larson’s rock opera that took on AIDS, homelessness and New York’s bourgeois in the mid '90s. We raised our kids on the soundtrack.

Then our daughter was cast in a local production of the musical. Not Annabelle, who plays in a rock band and navigates a gender-fluid world, but her little sister Sophie — who has Down syndrome. 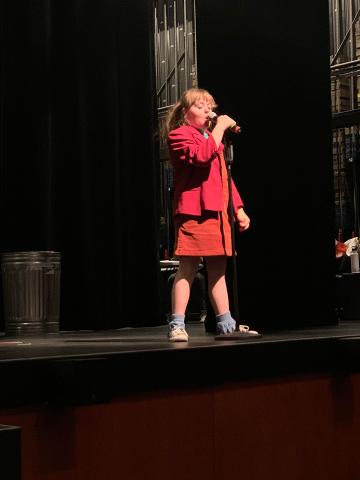 This was a big move for Detour Company Theater. Some of the actors are deaf or blind; many have intellectual disabilities. For years, Detour has tackled Broadway standards like "Oklahoma" and Disney favorites like "Beauty and the Beast." Sophie played Chip, the teacup.

In Rent she’s a tabloid reporter. At 16, she’s the youngest cast member — these actors are adults. Too often, in life, they aren’t treated that way.

"Rent" is about sex and drugs, not just rock and roll.

Sam, Detour’s founder and an old friend, knew it would be tricky, but vital. Her actors aren’t children, she tells me — they are grown ups with wants and needs. Like any young woman, Sophie has crushes. Like any mom, I want her to live happily ever after — even if that means heartbreak along the way.

It’s not a given that Sophie will drive a car, leave for college, get a job, live on her own, find love. But Detour has taught me that none of that’s out of the question.

I’ve thought of tall, bearded Brian as goofy Shrek, ever since he played the lead in Detour’s version years ago. But after watching him rehearse for Rent, for me Brian will forever be handsome Tom Collins, singing to his lover that he’ll cover him with 1,000 kisses — pushing himself as an actor, pushing us as audience members, pushing me as a parent.

Thank you, Detour, for the nudge.

The Detour Company Theatre’s "Rent" and "Newsies" is tonight through Saturday at the Scottsdale Center for the Performing Arts. 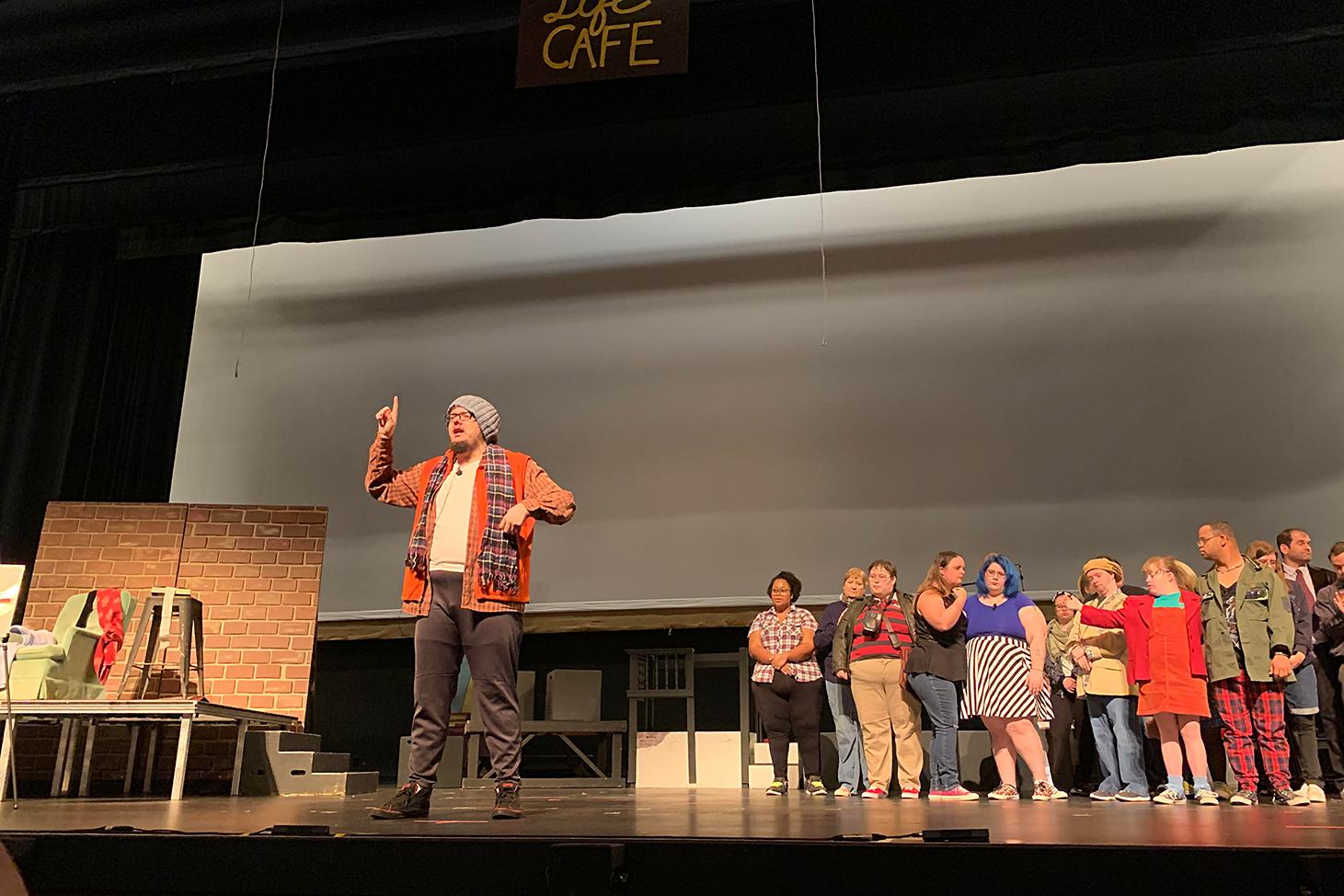