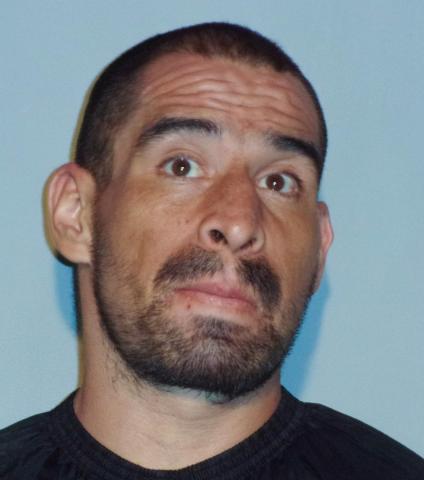 LAUREN GILGER: Adrian Perez has been in the Cochise County jail at least 16 times over the last 13 years. He's been isolated in solitary confinement for 23 hours a day, and he sought solace in, of all things. court hearings.

STEVE GOLDSTEIN: That's Terry Greene Sterling writer in residence at the Walter Cronkite School of Journalism and Mass Communication at ASU. She wrote about Perez' situation as well as others like him for the Arizona Center for Investigative Reporting. She found small county jails remain what she described as "a neglected dumping ground" for people like Adrian. Despite years spent on reform efforts to reduce the harm done to people with SMI who end up on the wrong side of the law. Our cohost Mark Brodie recently sat down with Terry Greene Sterling to talk more about this. There were also joined by Jose Ashford, a professor of social work at ASU and director of the Office of Forensic Social Work there. Mark started by asking Sterling how often what's happened to Perez happens to other residents with SMI who get caught up in the criminal justice system.

GREENE STERLING: His story is not a story of an outlier. It's a story of what happens over and over again with people with serious mental illness in the American criminal justice system.

MARK BRODIE: One of the things that really stood out to me was that through all of this, he has family members who are trying to help him. Who are trying to look out for him. And even with some kind of support system, he's still basically, as you said, in and out of jail pretty regularly.

GREENE STERLING: Right. And one of the reasons that we focused on Cochise County, Arizona, is because it's a rural county with, you know, vast distances. And there are some services available for people with mental illness. But sometimes you have to drive 90 miles to get there. And there's a small sheriff's department. They can't, you know, spend the time to drive the person to a crisis center. And sometimes the family can't — when a person is in a psychotic state — have to call the cops. There's no other alternative for them. But Adrian Perez is deeply loved by his family. And even though they don't have a lot of money, they have never kicked him out of the house. They've always tried to take care of him.

BRODIE: Jose, Terry mentioned that Adrian's case is not an outlier. How common is it for somebody with a serious mental illness to end up in jail and to maybe end up in solitary confinement?

JOSE ASHFORD: Unfortunately, it is the norm rather than the exception. And sadly to say, I think there was a study here in 2006 that indicated that for every 10 individuals in jail, one was in the hospital in Arizona. So it is very common. And since, we've had major changes in policy nationally. This has been kind of consistent problem we've had.

BRODIE: What are the problems associated with putting somebody who has an SMI in solitary confinement?

ASHFORD: Well, Terry's article that I read about in her research — it's interesting that quite often you will see someone when they are arrested in the acute psychotic state, they will then act out in ways. And I saw in Wilcox he was arrested, began banging his head against the patrol car, doing damage. And when the individuals have a mental illness and they tend to engage in disruptive types of behavior, one of the things that you generally see is solitary seems to be the solution, or they will put them in restraint chairs. And that's not the case in psychiatric hospitals. They're more equipped to use medication for restraint rather than using physical types of means for doing it.

GREENE STERLING: You know, very often, if if a person is a danger to himself or others, these small county jails have no option but to put them in solitary. And once in solitary, their psychosis can get much worse. And all the things that psychiatrists work on to help people with serious mental illness function, like normal communication and all that. Solitary confinement, you're alone for 23 hours a day. And so you don't communicate in the normal way. You might bang on bars or scream or shout. So that's very harmful. And the other thing is that the psychosis tends not always but tends to get worse. It never gets better.

BRODIE: Terry, one of the things that I found really interesting in your piece was that it seems as though to some extent law enforcement recognizes that this is not a great situation. And the Cochise County sheriff basically said we're making things worse for people. Is this just a situation where they need to do something — they need somewhere for these folks to go — and solitary confinement or jail is really the only option they have.

GREENE STERLING: Again, we focused on rural counties, and in the case of Cochise County, the only place for a person to go in psychosis who is on AHCCCS is either — there are something like 34 beds available and many, many more people with serious mental illness. So the answer is, yeah, I mean, families can't take people in psychosis 90 miles to get treatment. So they call the cops, and the cops end up putting them in jail. And the jailers don't like it. The community doesn't like it. The judges don't like it. Nobody likes it. Yet it persists.

BRODIE: So Jose, if nobody seems to like this system, why does it persist? Like, why don't we try something else?

ASHFORD: Well, I think we started to move in that direction to try to deal with community care when the federal government had responsibility for the community mental health ... when it was diverted to the states, we began to see very serious problems. Many solutions that did exist, those began to disappear, and we never really replaced it. The same thing with hospital beds. So at no point, even though we know that this is going to reoccur, have we taken the type of response that would be associated with something like a SWAT team for the police. You do need special crisis response teams to deal with this, but ones that do not just limit themselves to making a determination of whether someone is eligible for civil commitment. They need to be able to observe them for long periods of time. There are current experiments with crisis care houses, acute day hospitalization, where police officers and others will stay with the person to see if they're not going to run away. Those types of things. I think the main thing that we're missing is that there are many people like Adrian who have very high needs, and they do require assertive interventions. And we have known for a long time that these can work, but they're very costly.

BRODIE: So do you get the sense that the fact that we don't do more of the kinds of interventions that you referenced, is that a cost issue? Is it a policy choice issue, do you think?

ASHFORD: Oh, absolutely. Because one of the things that was early on noted that the majority of the hospital beds were for psych patients. And when cost-cutting measures and implementing private mental health providers where ones have to generate a profit, in many ways, this is one of the things that we do see is that in many ways, the whole continuum of care, even though people are aware of the fact that certain services should be available, that in many ways they will cut costs in certain areas and try to see the resource that is the least costly for them to provide.

BRODIE: Terry, do you get the sense that there is money available? I mean, it sounds like pretty much everybody you mentioned earlier who doesn't like this would like to do something different. And as Jose said, it's really coming down to resources. Are there resources available that that the state or counties can try to tap into?

GREENE STERLING: AHCCCS takes care of people with serious mental illness. But in Cochise County, in this rural county — and I can't speak for the larger counties — but in these rural counties, the providers that we talked to for this Arizona Center of Investigative Reporting piece that we did, the providers are saying they just can't provide services in these little small towns because they're not getting enough money from AHCCCS to be able to survive because the distances are so vast and the needs are so great.

BRODIE: Terry, based on your reporting, do folks have a sense that things are going to get better or are folks optimistic that the situation will improve?

GREENE STERLING: In Cochise County, I think they're highly aware of the issue. I think the sheriff is very, very motivated to keep people with serious mental illness out of out of his jails if possible, and into a facility where they can get adequate care. But it doesn't take a village. It takes a city to help these people. So they people have been trying to fix this problem for decades and decades, and I think that the stigma of mental illness makes it a very low priority. And I think that how we treat this group of very vulnerable Americans helps define who we are as a nation.

BRODIE: Jose, we hear a lot about diversion programs — for example, people with substance abuse disorder or other kinds of medical conditions that diverts them out of incarceration situation into kind of a treatment — I'm wondering why the same doesn't seem to be happening to the same degree with mental illness.

ASHFORD: Well, there are efforts. And I think one of the things is very quickly, the crisis teams, the police and others become overwhelmed by the numbers. But it is considered a very effective intervention to try to develop pretty booking programs, post booking programs and then release programs. In Maricopa County, even though efforts have been set up, you see community agencies — for instance, when a person is released on a weekend, the agencies do not have enough staff to respond to those quick releases. I think this is that circumstance where, even though there are low occurring events with assaults, with rifles, we have SWAT teams that are available 24 hours to respond, but we don't have crisis care teams that can respond effectively to the diversion demands that can occur in different communities.

LAUREN GILGER: Jose Ashford is director of the Office of Forensic Social Work and the Office of Offender Diversion and Sentencing Solutions at ASU. Terry Greene Sterling is the writer in residence and affiliated faculty at the Walter Cronkite School of Journalism and Mass Communications, also at ASU. They were speaking with our co-host Mark Brody. And this is The Show.