'No Better Pleasure' For Phoenix Tailors Than Suits Made From Scratch 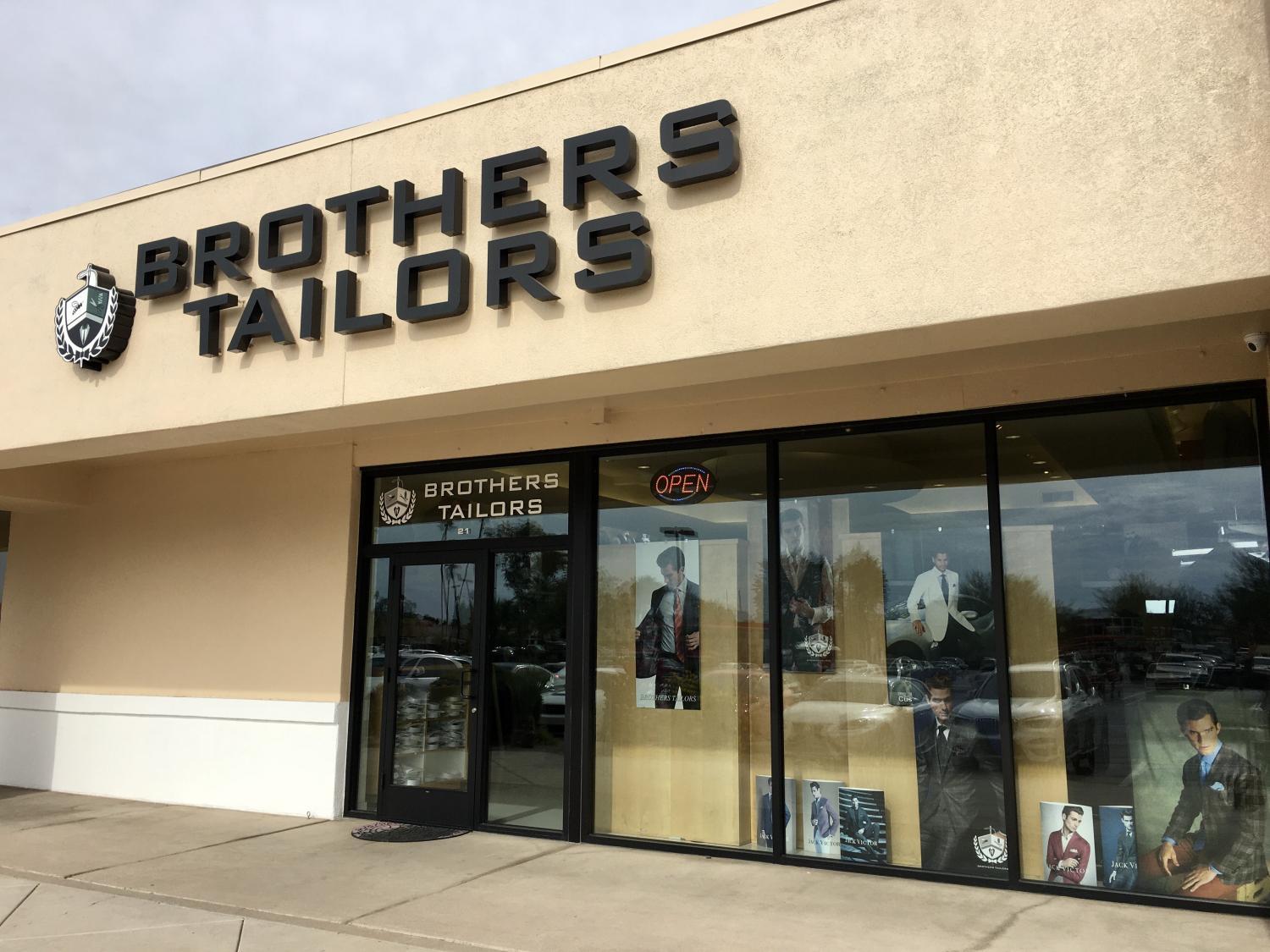 Christina Estes/KJZZ
Brothers Tailors opened this shop near Tatum and Thunderbird in Phoenix in 1994.

The men’s fashion industry is undergoing significant change. Athletic brands and casual wear are driving most of the growth in the nearly $90 billion U.S. market. But one shop in Phoenix is betting on its niche market.

At first glance, you wouldn’t think Brothers Tailors in Phoenix has much in common with Savile Row in London. Separated by more than 5,000 miles, Brothers Tailors sits in a 40-year-old shopping center near the busy intersection of Tatum and Thunderbird Road while Savile Row is a quiet, narrow street in England’s capital. For more than 400 years, Savile Row has housed master tailors who’ve created handmade suits for Winston Churchill, Fred Astaire and Elton John. It’s also where Gus Zistas attended the Savile Row Academy.

“This profession is not for everybody, it is not an easy job," he said. "Takes a lot of work.”

Gus became interested in tailoring while growing up in Greece. That’s where he spent decades learning and practicing the craft. Gus and his wife, Margarita, moved to Phoenix in 1992. Two years later, they opened a tailor shop. Today, their son, Peter Zistas, works alongside Gus.

“Father brings the timeless, classic, traditional tailoring principles to the forefront but I try to mix it with new age style, fit and design," Peter said.

They specialize in bespoke tailoring, a term believed to have originated at London’s Savile Row.

Christina Estes/KJZZ
Gus and Peter Zistas are the father and son team behind Brothers Tailors.

“The word ‘bespoke’ comes from the English term to be spoken for, so the cloth will be spoken for you," Peter said.

A bespoke suit is made from scratch, there is no pre-existing pattern or design.

Gus helps the customer choose from thousands of materials and hundreds of buttons, then measures and observes.

He draws a paper pattern, which is then used to hand cut the cloth. This isn’t material you buy at a mass merchandiser. Some of the fabric can make your favorite sweatshirt seem scratchy. Through a series of fittings and hand sewing, the bespoke suit is refined. It’s a meticulous process with unique results. Peter Zistas recalled a customer who wanted a suit for a trip to Italy.

Coresight, a retail and fashion research firm, says suits are expected to be the slowest-growing category of menswear through 2023. In the last couple years, even Wall Street banks loosened dress codes, making suits and ties optional. But there are consumer trends Brothers Tailors is counting on: a growing appreciation for handcrafted products and demand for exclusive items.

That’s what brings 26-year old Kenny McGinley into the shop.

“I like the extra gazes you get because you’re not wearing just a golf shirt and jeans like 90% of the guys do out here," he said. "A lot of times it starts a conversation, the same way if someone shows up in a nice car, people all the sudden turn their head and watch it go by in the parking lot. You know, it kind of gathers that he attention and you know, the eyes go that person."

The Savile Row Bespoke Association says the process takes at least 50 hours to complete. But the term "bespoke" is not regulated and its use has become muddied in the marketplace and confusing for consumers. That’s because more companies are advertising faster, cheaper custom suits using 3D technology and made-to-measure suits that can be ordered by downloading an app.

“In the legal world they say, I have a lot of lawyer friends who say, he who represents himself has a fool for a client and in the tailoring world we say we say he who measures himself for a suit will look like one, will look like a fool," Peter Zistas said.

If someone shows up at Brothers Tailors wearing a poorly made suit, Peter and Gus will try to make it better, but Gus says nothing compares to the process of a bespoke suit.

"I like the finished product," he said. "There’s no better pleasure from when you deliver a garment and the guy look like a million dollars. He feels so happy and you can see it in the body language and the smile. It’s unbelievable.”

After 50 years of consulting, cutting, and sewing, Gus has no plans to put away his tape, thread and needles. His son Peter plans to keep managing Brothers Tailors for at least another 25 years. Or, he jokes, until everyone is wearing sweats every day — at least he hopes it’s a joke.

“I’m going to fight like a hero until the wheels fall off, so to speak," he said.