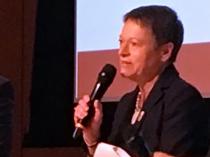 Northern Arizona University paid out more than $40,000 in travel expenses that did not comply with university policies.

A state audit shows the funds were given to Rita Cheng, the school’s president, and her husband.

The University reimbursed the president and her husband’s airfare to Russia. That included both business- and first-class tickets.

University officials believed they were following all policies and were unaware they were not properly documenting expenses, officials said.

The audit recommended improving review and documentation procedures and that all exceptions to travel policies should be pre-approved in writing, the audit said.

Each of the trips mentioned by the audit had a public purpose of "further advancing the institutional mission of the university," NAU Chief Financial Officer Bjorn Flugstad said. The trips led to "demonstrable results" such as enrolling new students or creating new visiting scholar programs, he said.