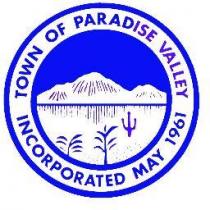 In Paradise Valley, the cactuses have eyes — or fixed license-plate readers, to be exact.

The readers were installed in three fake cactuses and will be soon be snapping photos of vehicles driving by. City Manager Ken Burke said those images will be checked against a so-called "hot list," which includes stolen vehicles and those involved in Amber Alerts.

Burke has heard some privacy concerns, but wants people to know, "this is not data that any private investigator can just knock on the door and require or your neighbor can go in and access," he said. "This is related to criminal activity and is limited to law enforcement use."

The "surveillance saguaros" have been trending on social media recently. Burke insists the covert cactuses are not meant to trick motorists, even though they look "pretty real" to him.

"What doesn’t look very real is the big hole with the camera sticking out of it, " he said. "I mean, the cactus itself looks real, but if you don’t see the camera, you’re not looking, because the camera’s pretty obvious."

He said the collected information will be destroyed after 180 days if not involved in an investigation.