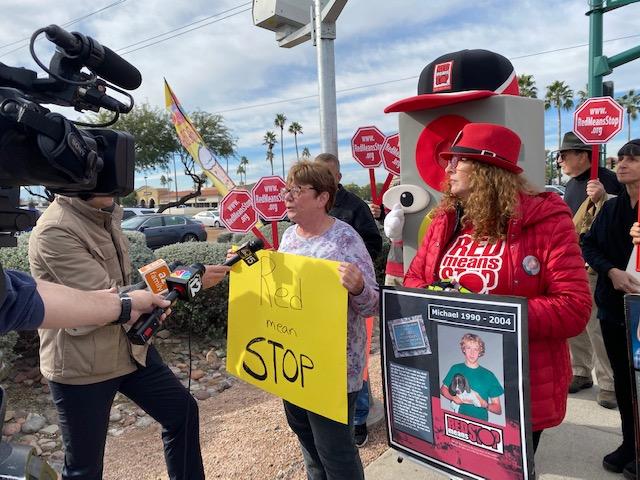 Councilwoman Debra Stark and members of the community gathered Wednesday morning to protest the deactivation of red light cameras in Phoenix.

This comes after the City Council voted not to extend the current contract for cameras at a dozen intersections.

The group was stationed at Seventh Street and Bell Road, the location of one of the inactive cameras. The City Council only voted to keep speed detection vehicles that are stationed around schools.

Councilwoman Stark said the plan was to put out a new request for proposals to upgrade the cameras.

“This was just basically to approve an extension of the contract, and it went south and the next thing you know, we don't have our cameras anymore," Stark said. "My hope is that we’ll take a fresh look at this and I’m gonna do whatever I can do to convince the council members who voted against the cameras to take a new look at it.”

Stark said the camera on Bell has reduced accidents by 57%.