Arizona is almost certain to gain a congressional seat after the 2020 Census. That’s because the state’s population has grown faster than the national average over the past decade.

An analysis of the latest Census numbers by Election Data Services shows Arizona’s population has gone up about 871,000 since 2010.

Another congressional seat would bring the state to 10 members in the U.S. House. But it could have political implications for the decade to come. 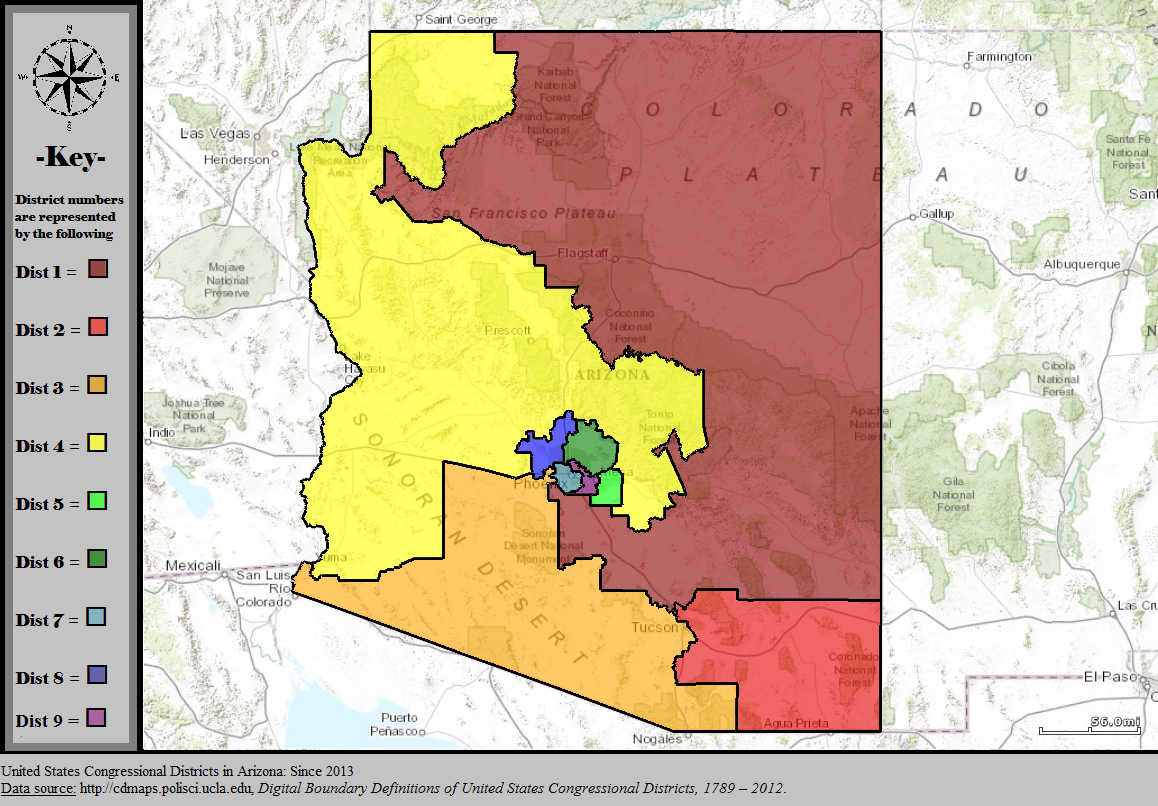 U.S. Dept. of the Interior
U.S. Congressional Districts in Arizona since 2013.

Political consultant Chuck Coughlin said the Independent Redistricting Commission will have to redraw the state’s district lines with the goal of creating 10 equally populated sections.

“And so then you go to the politics of it in the Independent Redistricting Commission," he said. "What they did last time is try to create competitive districts.”

Coughlin said that means some members of Congress would end up with different constituencies.

“The state's changing," Coughlin said. "It's becoming more affluent and more urban. And so that makes a congressman like a Gosar potentially more vulnerable if parts of his district become more of that."

Howard Fischer of Capitol Media Services joined The Show for a look at Arizona’s congressional future.