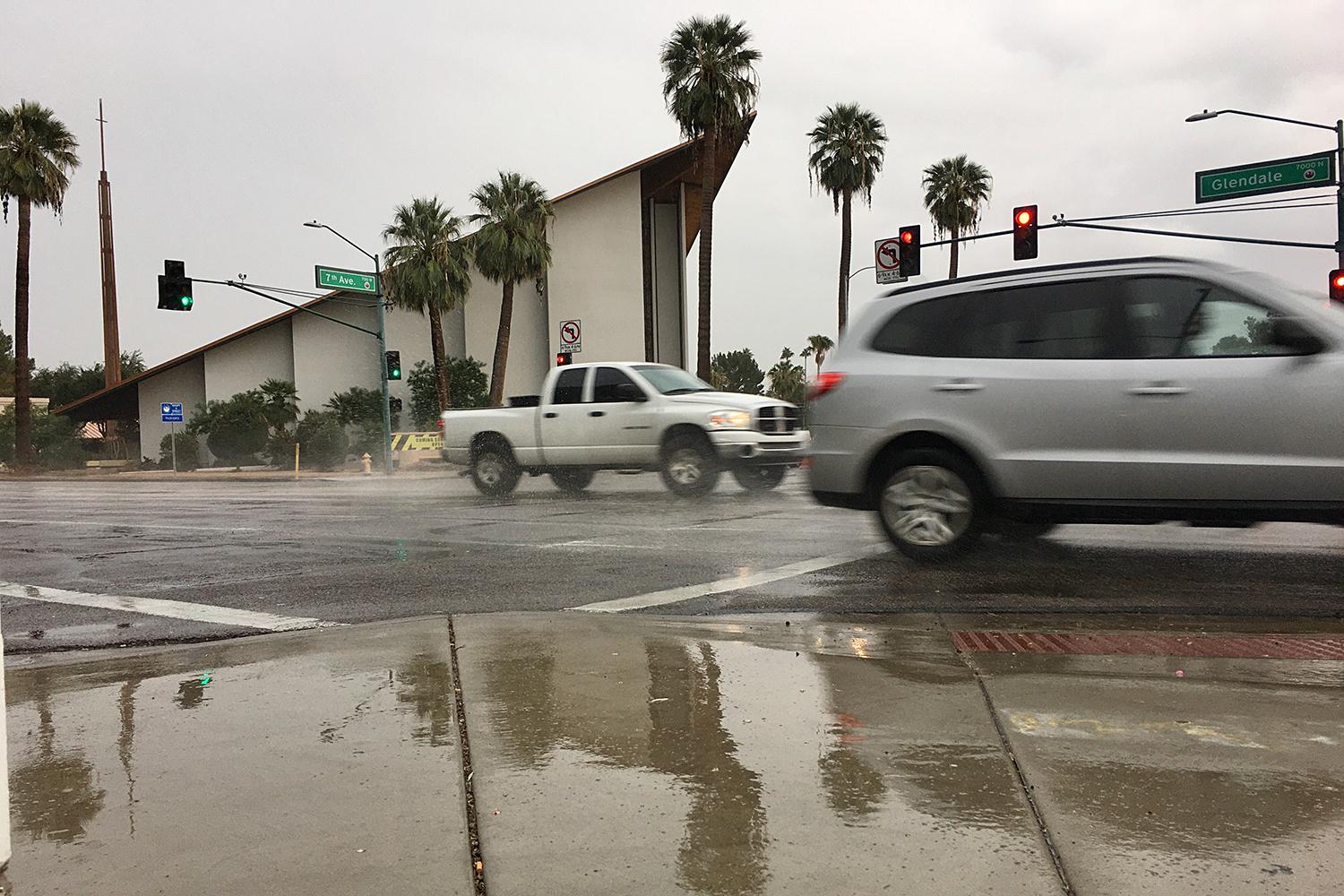 Christina Estes/KJZZ
Rain near 27th and Glendale avenues in Phoenix on Nov. 19, 2019.

But unofficial, supplemental data measuring rainfall throughout metro Phoenix says it was the wettest year in a decade.

"Phoenix is very big, by itself (it) stretches something like 70 to 80 miles across. North to south is 40 to 50 miles. So it’s a very large area," said Paul Iniguez, meteorologist with NWS in Phoenix.

Iniguez created the Phoenix Rainfall Index. He said it is based on information from hundreds of gauges from the Maricopa County Flood Control District.

Phoenix’s 2019 rainfall index was almost 10 inches, which despite a dry monsoon season, is the highest since 2010.

“About half the rain this year actually fell in just two months. So February and November ended up being fairly wet,” said Iniguez.

Reading into recent years of the Phoenix rainfall index is not a good way to predict rainfall in 2020, Iniguez said. The National Weather Service’s official point for measuring precipitation remains at Sky Harbor.