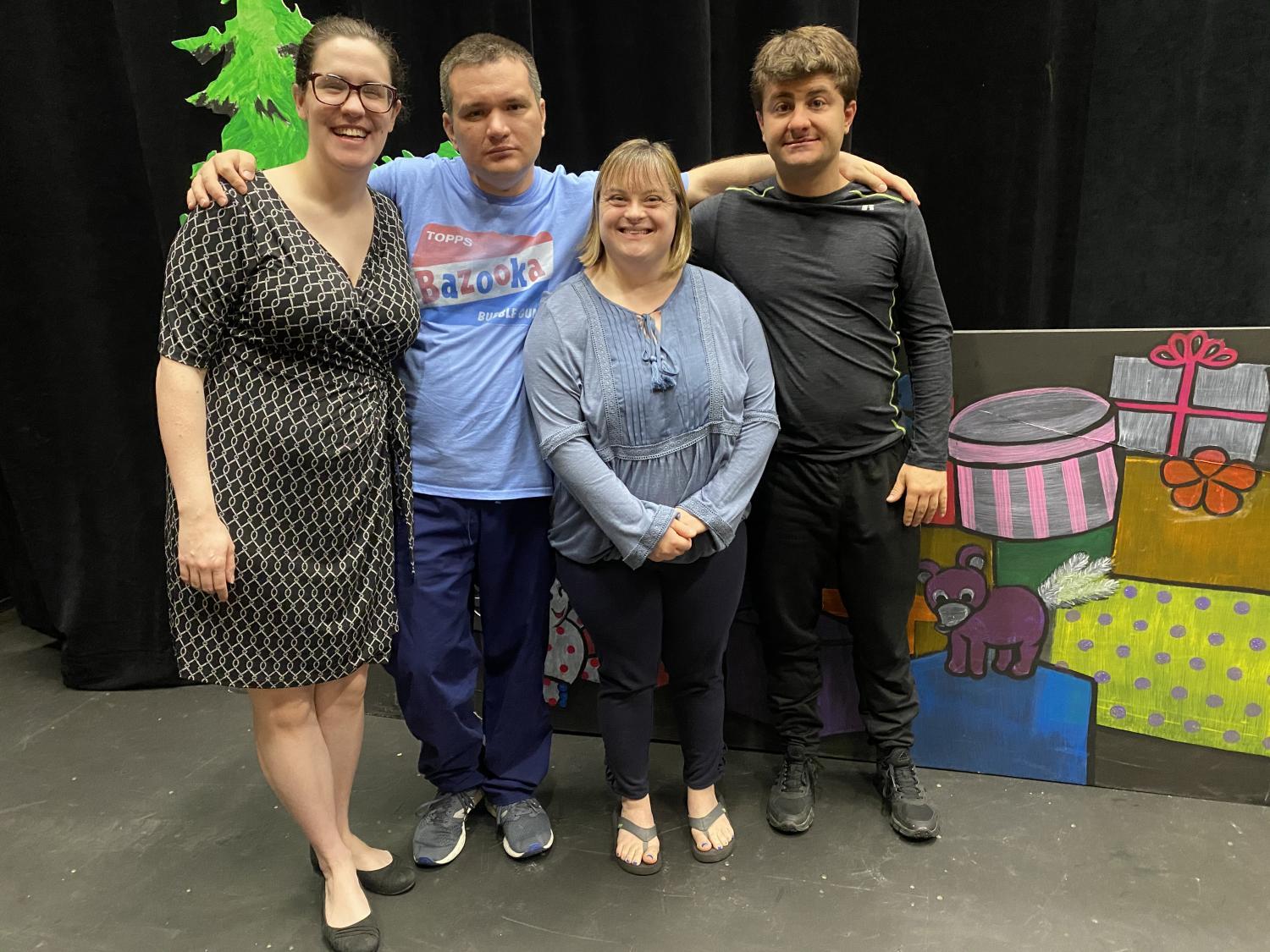 On stage, Ryan D’Andrea delivers a loud, confident performance in his role as the Beast in "Beauty and the Beast."

But in a one on one conversation, he speaks more slowly and chooses his words carefully.

“I’m autistic, and it’s hard for me to understand how to talk to people,” he said.

He’s an actor at AdaptiveWorks, a Peoria-based theater program for children and adults with disabilities.

“It makes me really happy because I can go out there, and I can get full of energy and have fun,” he said.

Ryan’s mom, Joanna D’Andrea, said she’s seen her son step out of his comfort zone since he started coming here a few years ago.

“With Ryan, he’s always afraid to start a conversation because he doesn’t know how to continue it,” she said. “The very first time he came to an AdaptiveWorks play, he was just a totally different person. I watched him in the practice and he was just out there talking and laughing and joking with the other participants and it was — it was really pretty amazing.”

She said singing in the shows has even improved Ryan’s speech, making his words flow together more smoothly. 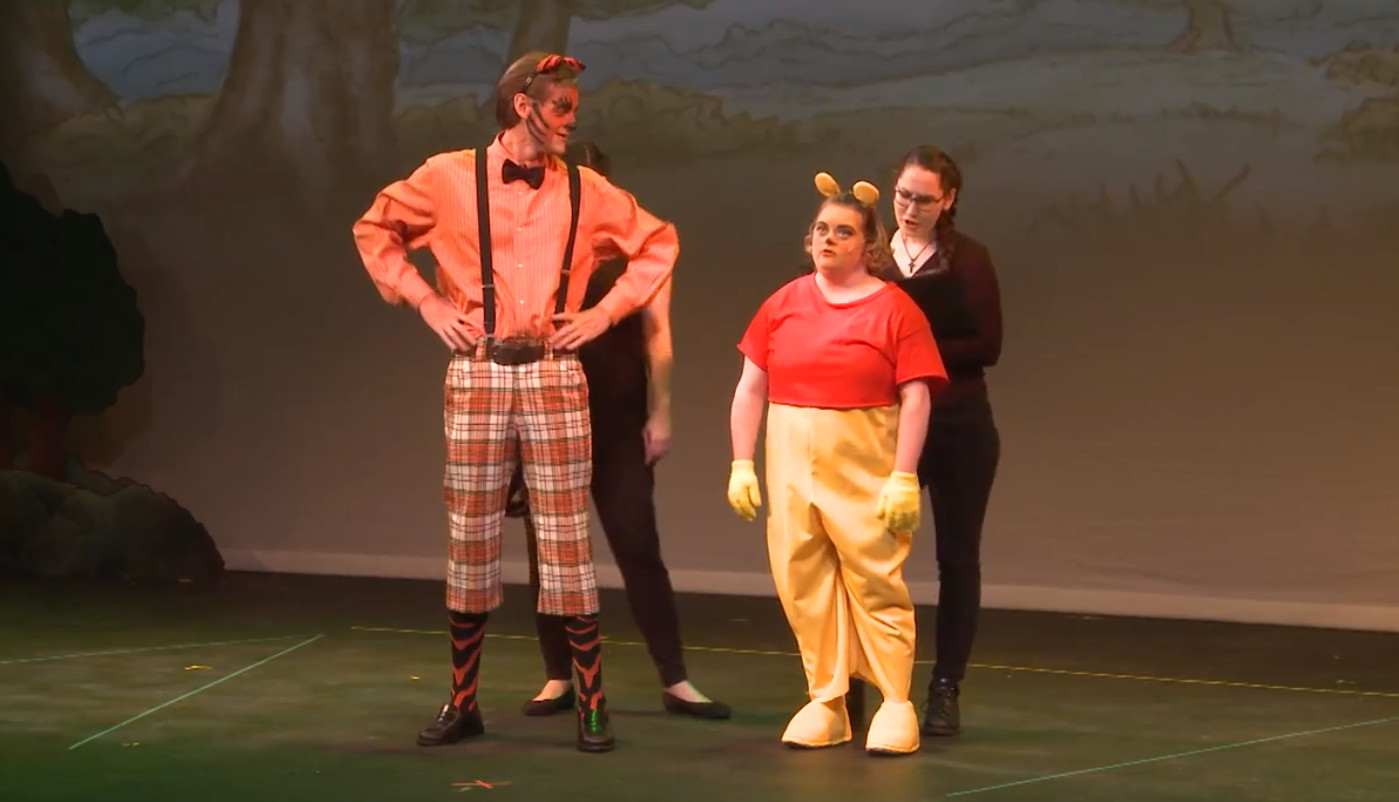 “They have a hard time expressing emotions and so it’s good for them to model from other people and with acting, it gives them the opportunity to express emotions,” Joanna said.

Brianna Funk is the program director at AdaptiveWorks.

“Not only do they get to experience a real, live show from start to finish, we also get to work on things like life skills that help them take these skills they learn in our theater program out into the real world,” Funk said.

It’s a 12-week program that presents two plays a year, one in the spring and another in the fall. The actors have two rehearsals a week, which means they get the entire show done in just 24, 1 1/2-hour rehearsals.

“We have one young man whose mother told me she just never thought he would be able to do something like this to be able to stand up on stage and do lines and have people cheer for him,” Funk said.

AdaptiveWorks partners with day programs for people with disabilities that provide them with job training and other resources. Actor Cory Kalman participates in one of those day programs.

“I work at a culinary program at One Step Beyond four days a week Monday through Thursday,” he said.

Kalman has played several roles in AdaptiveWorks productions like Daddy Warbucks in Annie, Gopher in "Winnie the Pooh" and Cogsworth in "Beauty and the Beast."

“I do have mild autism, but I do have great mind for memorizing my lines and blocking and my directions and my dances,” Kalman said. “It plays a great role in my acting.”

The program allows him to do something unlike anything else in his life, and he’s done so well at AdaptiveWorks that he’s transitioned into performing in regular productions. He was a paid actor for his part in "A Christmas Carol."

“I played the little turkey boy in the ensemble, and that was a great role for me.”

"It’s been the best years of my life, and I’ve loved it."
— Chelsea McComb

Not only has the program helped Kalman improve as an actor, but he’s found good friends — friends like Chelsea McComb, an actress with Down syndrome. She played the lead in "Annie" and another recent production.

AdaptiveWorks has had a special impact on McComb’s life as both she and her boyfriend perform in the productions. She says during "Beauty and the Beast" she played Babette, Lumiere’s romantic interest.

“I flirted with Lumiere, which is my boyfriend in real life,” she said.

In February, they’ll start working on a production of "Shrek the Musical" with an entire cast made up of individuals with physical and cognitive disabilities. But, McComb said that’s not what she sees.

“I don’t see disabilities, but I see only abilities,” McComb said. “It’s been the best years of my life, and I’ve loved it.”