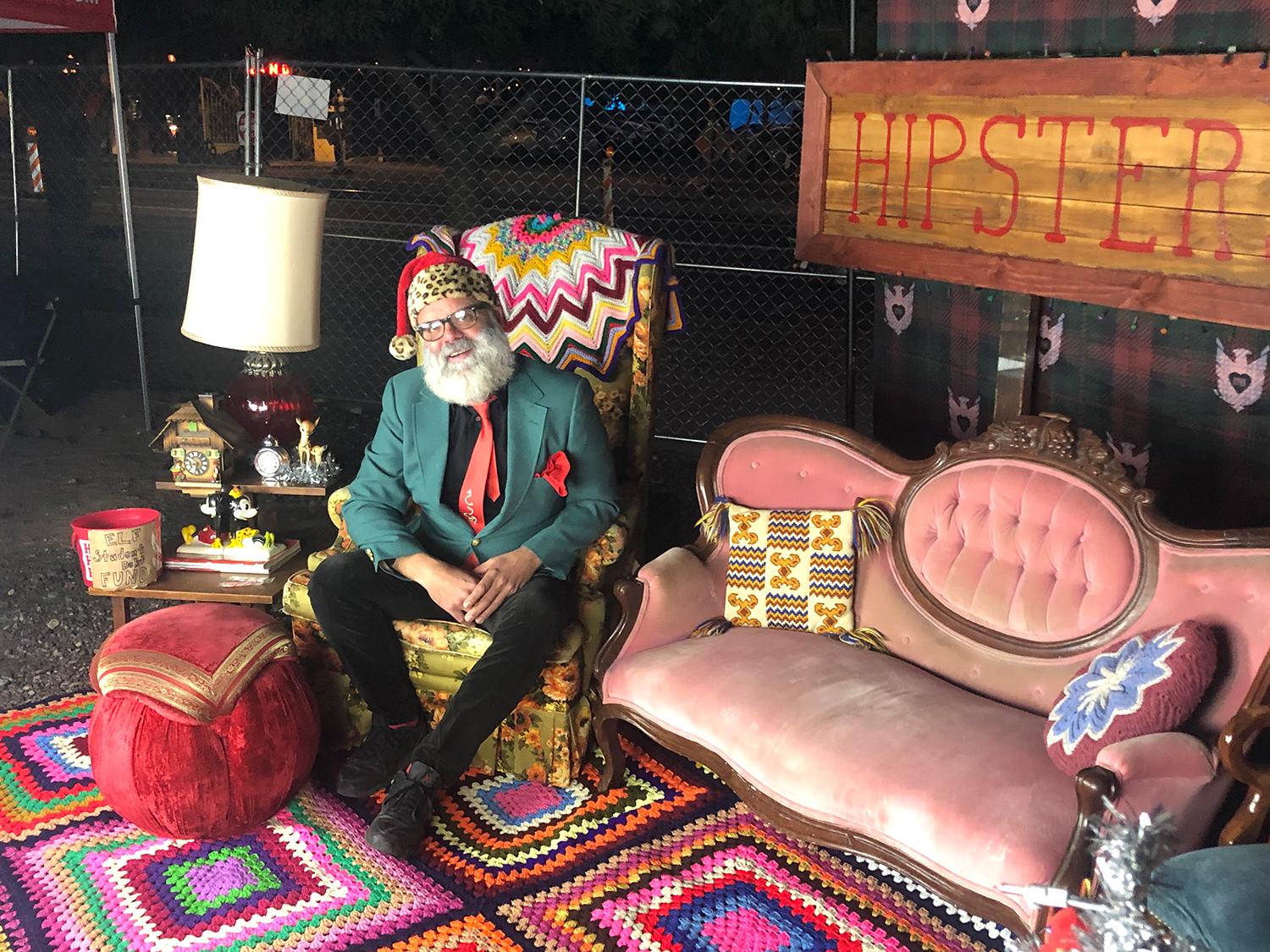 LAUREN GILGER: All right. And we know it’s a very special time of year, Mark. But not for the reasons that you might assume. This year marks the 10th anniversary of the Phoestivus Night Market — that is Phoestivus with a "P-H-O-E," by the way.

MARK BRODIE: Very clever. I have not, though, been. So what is Phoestivus?

GILGER: OK, so it’s an annual event around the holidays that kicked off last night at Phoenix Public Market in downtown Phoenix. And it’s reminiscent of a good German Christmas market. But with a twist. Ken Clark is one of the minds behind the event, and he wanted to incorporate his love of — if you haven’t already guessed it — "Seinfeld."

GILGER: I feel like, Mark, you probably could have just recited that.

GILGER: So that fun little idea exploded to what it is now: a market with more than 200 vendors. There's music, food, locally made goods. Maybe a few grievances. 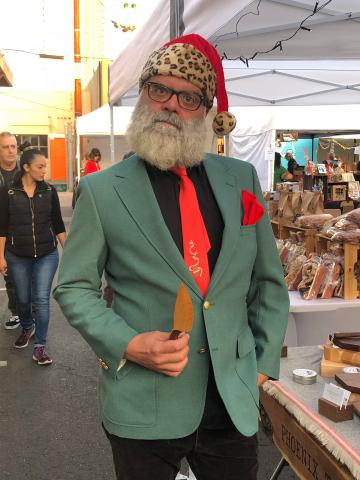 GILGER: Yes he did. I have done this before. And our producer Katie Campbell actually found the Phoestivus star last night. And Hipster Santa — also known as Brooks Werner — who started it all with his beard. A friend involved in the market thought that beard made him perfect for Phoestivus. And of course, the rest is history.

GILGER: So, what is so special about a hipster Santa?

HIPSTER SANTA: Well, you don’t have to feel so, like — I don’t know. It’s like so corporate and capitalistic and whatnot. You can show up and really just be happy about giving bespoke gifts and things you don’t have to go to the mall for. I prefer people to like bring me chai as opposed to like hot chocolate.

HIPSTER SANTA: No milk and cookies. You know, Santa doesn’t get paid, and he’s running out of like money. I’m on the board with him, and we have to make some changes up at the North Pole. So, I’m thinking, instead of milk and cookies, just drop five bucks for the guy.

BRODIE: I literally don't know what to say at this moment. Yikes. It seems he really takes his job seriously. Tortoise-shell Ray-Ban glasses, cheetah-print Santa hat, emerald blazer — and of course a very nice beard.

BRODIE: I would think so, yes.

GILGER: That’s the idea. Ken Clark said it is quintessential Phoenix because the organizers, attendees, everyone is making it what they want it to be.

CLARK: Just like Phoenix is growing and becoming the Phoenix we want it to be — Phoestivus, from its very beginning, was a thing we wanted to make it our image and what we think we love about Phoenix. And you can down here, and make it whatever you want.

GILGER: That was Ken Clark and "Hipster Santa" Brooks Werner at Phoestivus last night. But don’t worry. If you couldn’t make it downtown for the festivities, you still have time.

BRODIE: Yes, Phoestivus will be back at Phoenix Public Market in downtown Phoenix next Thursday. So there’s still time to challenge Hipster Santa to the feats of strength.

GILGER: Ooh, yeah. My money is on Hipster Santa, Mark. I think I’d settle for a photo, though.