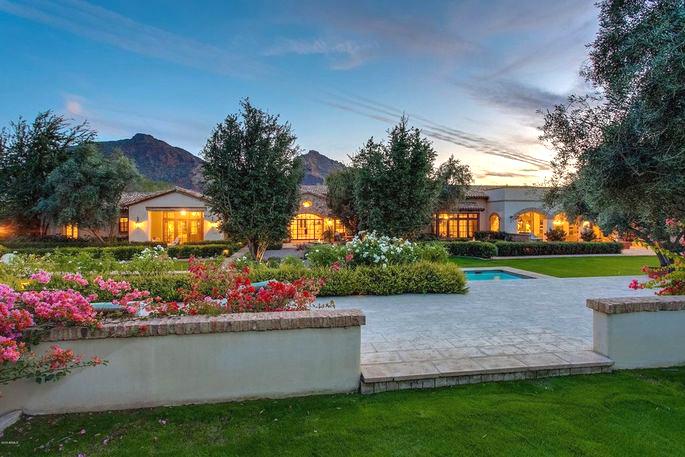 Gov. Doug Ducey is selling off his huge home in Paradise Valley. But he says he's not going anywhere — at least not yet.

The governor is hoping to get $8.75 million for the French farmhouse mansion that sits on a gated 2-plus acre parcel. Ducey and his family built the home in 2009, a year before he was elected state treasurer, according to records in the Maricopa County Assessor's Office, on a parcel of land he has purchased four years earlier for $1.82 million.

"We love the house," the governor told Capitol Media Services. "We've had over a decade of memories there."

But it isn't the same for him and Angela.

"With the boys growing up and leaving, it's getting a little quieter," he said of sons Joe, Jack and Sam. "So that's a decision we've made."

More to the point, Ducey, whose second — and final — four-year term as governor is not over until the end of 2022, said he's remaining an Arizonan.

"We're planning on staying right here in Arizona, of course."

The governor said he has no new home in mind, saying that selling the property and buying a new one will "likely to take some time."

According to Realtor.com the residence, titled in the name of DAD Properties LLC, is 11,400 square feet, though county assessor records list it as 10,200 square feet. The difference may be a 1,200 square foot guesthouse. 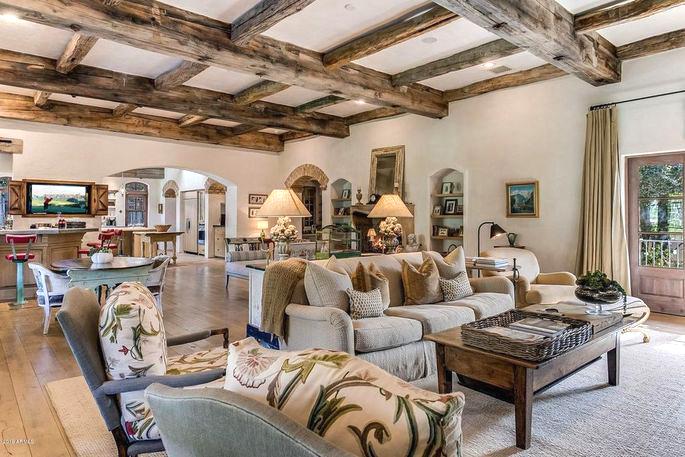 For golf enthusiasts, it also has a private golf cart path to the adjacent Paradise Valley Country Club.

And then there are six bedrooms and eight bathrooms. So who needs that?

"Well, we'll leave it to whoever's looking for a home," Ducey responded.

Ducey made his fortune at Cold Stone Creamery. He was chief executive of the chain of franchise mix-in ice cream shops until he and his business partner sold it in 2007.

Arizona is one of just a few states where there is no official governor's mansion. The reason comes down to geography: Most governors were already living in the area and saw no reason to move.

That changed in 1975 when Tucsonan Raul Castro became governor.

He told Capitol Media Services in 1999 that when he was campaigning and when he was first elected he was living in a motel in midtown Phoenix.

"It's pretty hard for a governor to be operating from a hotel," Castro said. He died in 2015.

The problem was resolved when Tom Chauncey, former owner of a Valley TV station, donated a home he owned in Paradise Valley.

Castro resigned in 1977 to become ambassador to Argentina, to be succeeded by Secretary of State Wes Bolin. The state sold the home as neither Bolin, who was governor for less than a year before dying, nor his successor, Bruce Babbitt, wanted the house since they had Phoenix homes.