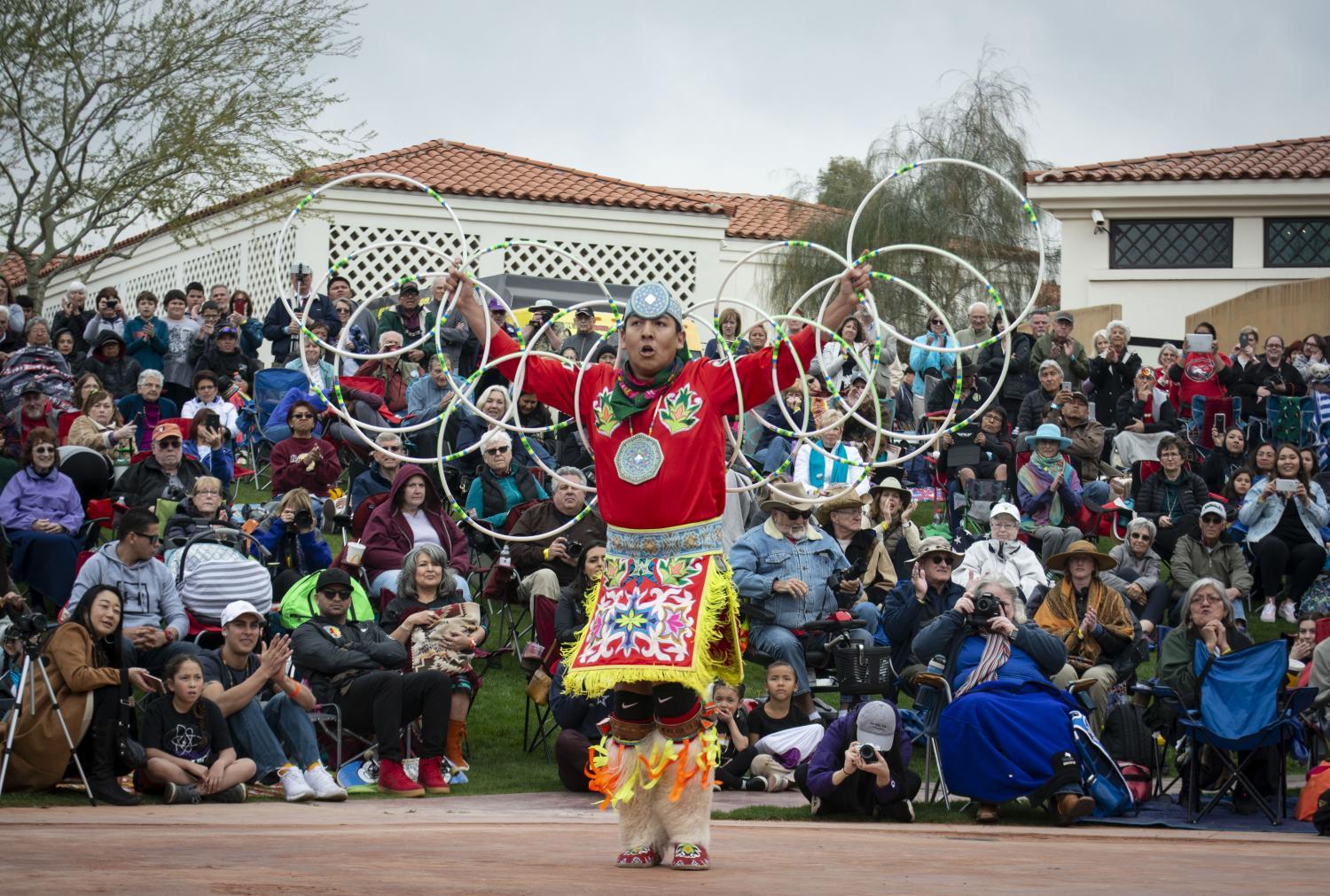 Katherine Davis-Young/KJZZ
A dancer performs a Native American hoop dance at the Heard Museum in Phoenix.

Arizona observed Native American Day for the first time on June 2 this year. The holiday came from a 2018 bill, and the lawmaker behind that bill is pushing for another change to official state holidays in 2020.

State Sen. Jamescita Peshlakai, a member of the Navajo Nation, had bipartisan support in creating Native American Day but putting the holiday in June came as a compromise. This year, she pre-filed a Senate bill with her original goal: to replace Columbus Day in Arizona.

Honoring Christopher Columbus each October brings up a painful past for indigenous people, Peshlakai said.

“His part in history was pivotal, yes, but moving forward, it was also the date when the end of the indigenous people came about,” she said.

If her bill were to make it through the Legislature and be signed by the governor, Arizona would join a growing list of states and cities that have renamed Columbus Day Indigenous Peoples’ Day, including Phoenix and Flagstaff.

Efforts in other states to replace Columbus Day with Indigenous Peoples' Day have in some cases faced opposition from Italian-American heritage groups, since the holiday celebrating the Italian explorer was created during an era of widespread xenophobia toward Italian immigrants.