What's Next For No More Deaths After Scott Warren's Acquittal? 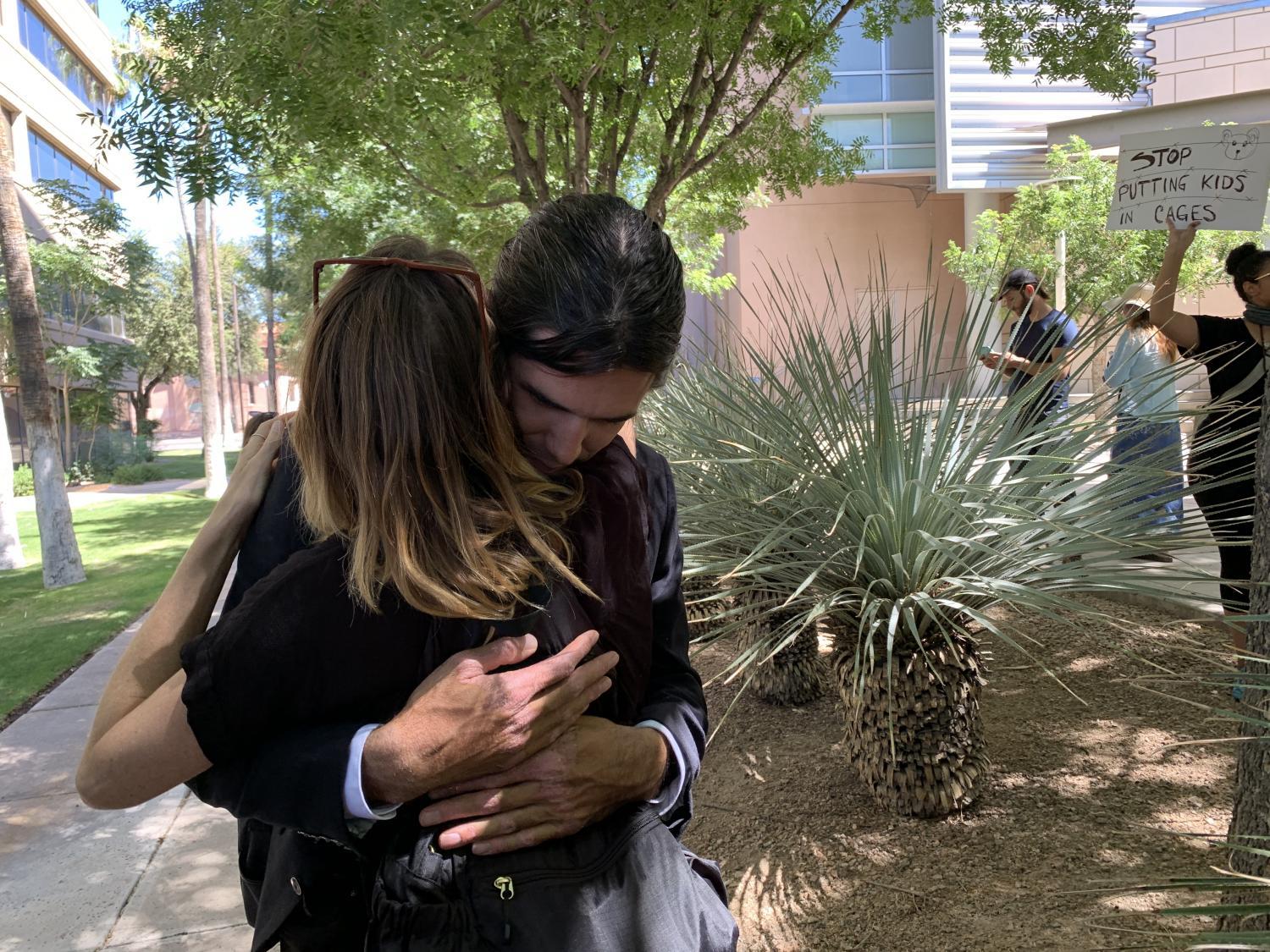 Michel Marizco/KJZZ
Scott Warren hugs a supporter after the government announces it will seek to try him again on two felony counts on July 2, 2019.

Scott Warren, a volunteer with the humanitarian group No More Deaths, was recently acquitted of charges of harboring migrants at the Arizona border. The jury — the second to hear his case — took just two hours to determine he was not guilty, dealing a blow to the Trump administration’s crackdown on border activists.

Warren is not currently granting interviews, according to a No More Deaths spokesperson. But after the verdict handed down on Nov. 20, Warren said in a statement “Let’s all take a deep breath, get some rest and be ready for — and open to — whatever comes next.”

In short, some see the verdict as an affirmation of No More Deaths’ work over the years. The Show sat down with Paige Corich-Kleim, a volunteer since 2013 and now the media coordinator. Corich-Kleim began by sharing about how she and her No More Deaths colleagues reacted to the Warren acquittal.