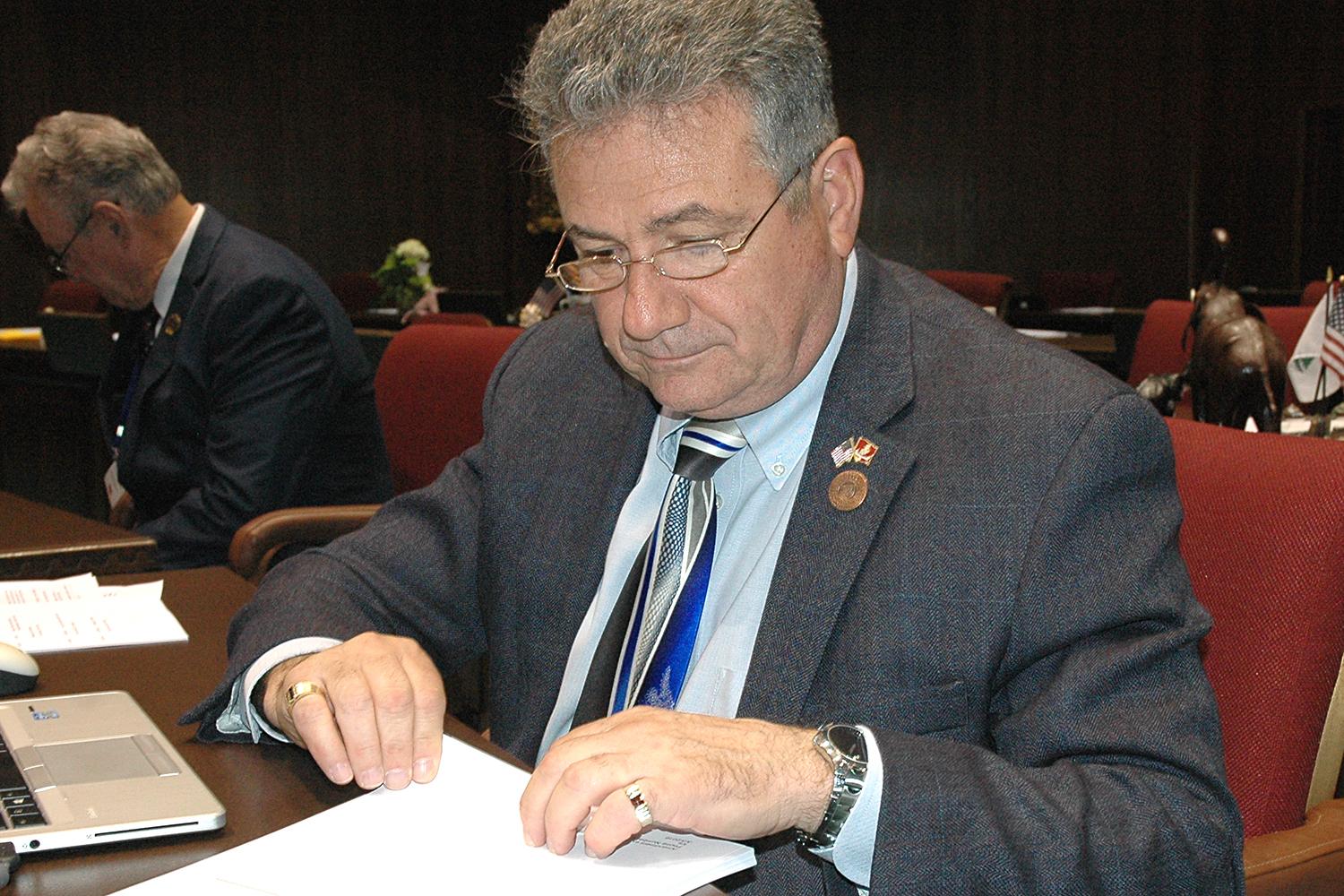 Saying he doesn't trust the industry, a top Senate Republican wants an outright ban on the use of certain chemicals that can used on the marijuana that Arizonans smoke, eat or drink.

Majority Whip Sonny Borrelli said he appreciates that lawmakers last session finally approved a plan he has been pushing to require that there be testing of medical marijuana for pesticides, herbicides and other chemicals before the product can be sold to patients. That testing is supposed to start no later than Nov. 1, 2020.

But the Lake Havasu City lawmaker said there's a flaw of sorts in the whole plan: how the standards for acceptable levels will be set by a special panel.

"The people that are involved in that board, they're all in the industry," he told Capitol Media Services. "So, basically, it's the fox watching the hen house."

That's not exactly true. Half of the 12-member panel are industry representatives, with a seventh being the owner of an Arizona-based cannabis testing laboratory. But there also is a patient, a caregiver for a medical marijuana patient, a laboratory scientist, a health care provider and a representative of the Department of Public Safety.

The legislation will get a fight from the Arizona Dispensaries Association.

"I'm not saying that a zero tolerance is unacceptable for some things," said Pele Fischer, lobbyist for the organization. But she said that pretty much everything has at least trace levels of various chemicals. And Fischer said that's why deciding what is and isn't acceptable is best left to experts.

SB 1015 would maintain the testing requirement for everything from microbial contamination and heavy metals to pesticides, fungicides and residual solvents. But the new language would specifically ban the use of any pesticide at all except for those that the Federal Insecticide, Fungicide and Rodenticide Act say are so benign as to not require regulation at all.

Borrelli, in seeking to block other chemicals, has a specific product in mind: Eagle 20. It's a fungicide. What it also is, the senator said, is prohibited for use on tobacco "because it's a heavy carcinogen."

"But there's nothing to prevent them from using it in marijuana," he said. And that, Borrelli said, is a problem as far as he's concerned.

"Can you imagine somebody who's a cancer patient?" he said.

Cancer happens to be one of the conditions for which the 2010 voter-approved law allows a doctor to recommend the use of medical marijuana. That recommendation entitles the patient to a card issued by the Department of Health Services entitling them to purchase up to 2 1/2 ounces of the drug every two weeks.

"Now they're going to be taking something that could possibly be making them sicker," Borrelli said.

Nor is he confident that the process being set up to create standards is sufficient.

"Suppose that board that we put together this year comes up and says, 'Well, you're allowed to use Eagle 20 (in) a certain amount'?" And Borrelli said he can see that happening, with pressure from the operations that cultivate the drug.

"That anti-fungal pesticides are necessary because all these growth facilities are indoors," he said. "So they want to be able to mitigate the mold that's being put on the marijuana."

Fischer said her organization supported the legislation approved earlier this year that requires testing. But she said it's quite something else to simply decide that certain chemicals are strictly forbidden.

She also said that the panel is looking to standards that already exist in other states that have legalized marijuana. The key, she said, is balance.

"That group is looking to put together a testing regime that is extremely safe for patients but also something that works in the industry so the labs can meet the demand, dispensaries can make it," Fischer said. "When you put any new standards in place it has to be able to be implementable."

Anyway, she said, it's necessary for the state to come up with standards for marijuana: There are none in federal law as possession of the drug remains a federal felony.

Fischer also said that there is a safeguard of sorts in the existing law that has the panel recommend standards for acceptable levels of other chemicals in marijuana. She said the Department of Health Services has ultimate review power over any standards recommended by committee members.

Opposition from the industry aside, Borrelli has a bit of a political hurdle to overcome to get approval for the outright ban.

Because the 2010 law was approved by voters, any alteration can be made only with a three-fourths vote of both the House and Senate. That means Borrelli's bill needs bipartisan support: Republicans hold just 17 of the 30 seat in the Senate and 31 of 61 House seats.

Borrelli has some other ideas of changes he said are needed in state regulation of medical marijuana.

SB 1016 and SB 1017, taken together, are designed to ensure the Department of Revenue has access to certain records of medical marijuana dispensaries.

The issue here, he said, is whether these dispensaries are collecting — and, more to the point, remitting — the state sales taxes they are supposed to be charging.

Under normal circumstances, Borrelli said, the tax-collecting agency can go in and look at the books of any business to be sure that what they're reporting matches what's actually being sold.

But that 2010 Arizona Medical Marijuana Act has very specific confidentiality provisions. And what that means, he said, is that the Arizona Department of Health Services, which monitors dispensaries — and keeps close track of the number of ounces of marijuana each sells — cannot share that information with the Department of Revenue.

"It's about accountability," Borrelli said.

He said the argument about legal use of marijuana has often been that it should be treated like alcohol.

In the case of bars, the senator said, the Department of Revenue can go in, check the inventory, check the purchase orders and pretty much figure out how much alcohol has been sold "to make sure that nobody's cheating."

But he said marijuana dispensaries can tell state tax officials that they have has sold 200 pounds of the drug in that month. But if in fact they sold 2,000 pounds, the only people who know that are state health officials — who are statutorily precluded from sharing that information with the Department of Revenue.

Separately, SB 1010 would eliminate the requirement in the original 2010 law that state health inspectors give prior notice before checking out medical marijuana dispensaries and processing facilities. Borrelli said that makes no sense, especially when the question is the cleanliness of kitchens.

In its place, the senator proposes to allow health inspectors to come on the premises "during the dispensary's normal business hours."

As is the case with the proposal on pesticides, Borrelli needs a three-fourths vote of the House and Senate for approval of any of these measures.

Howard Fisher joined The Show to discuss this proposal, among other things going on at the Arizona Capitol.