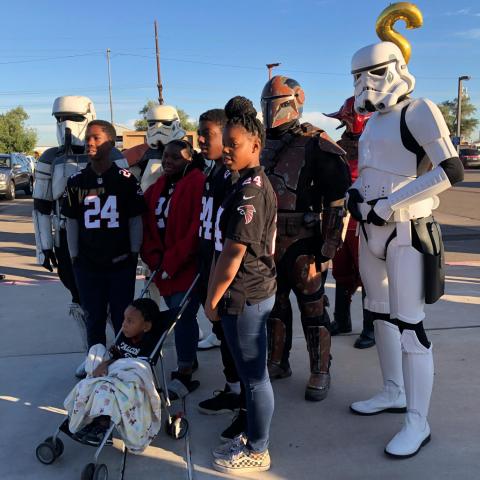 Outside courtroom 11 at the Durango Juvenile Court in Phoenix, about 60 people gathered to support Josh and Rachel Haake, their two sons, and their soon-to-be daughter, Isabella. The throng of supporters included neighbors, family friends, and even Isabella’s teacher.

The Haakes are one of the more than 100 Arizona families that finalized adoptions on National Adoption Day, which, for the past 20 years, has been observed on the Saturday before Thanksgiving.

The Juvenile Court opens its doors for the observance. It’s a fair-like atmosphere, with actors dressed like Disney characters, the Phoenix Suns Gorilla, face painting, and bouncy houses. This year, 140 children were set to be formally adopted by families — many of whom, including Josh and Rachel, were foster parents.

“We got little Isabella into our house around June of 2017,” Josh said. “It’s been a long process, but all of a sudden, in the last six months, doors have opened up, and we’ve been allowed to now accept and adopt her into our home.”

Four-year-old Isabella seemed excited, posing for photos with Disney princesses and her supporters. Her new dad says she’s been at ease with her family since the beginning.

“She fit right into the family right away,” Josh said. “We have two older boys who have just been her protectors and love her so much. This whole week we’ve just been ramping her up and talking to her about adoption day, saying ‘when’s your adoption day?’ and she says ‘four more sleeps’ or ‘three more sleeps,’ and she’s been so excited!”

One of the goals to opening the courthouse is to show community support for the families and children. For Isabella, that support comes even from her neighbors, Hala and Richard King.

“It’s a day when kids are going to be accepted into families,” Hala said. “They’re going to have mothers and dads and uncles and aunts. It’s a day where we as a community show love to the people by supporting our friends, our neighbors. I think kids in this world need a lot of love. Really, you have a lot of energy and love flowing around.”

Since the first National Adoption Day in 2000, more than 4,000 adoptions have been finalized in Maricopa County — and more than 75,000 nationwide — during the observance. 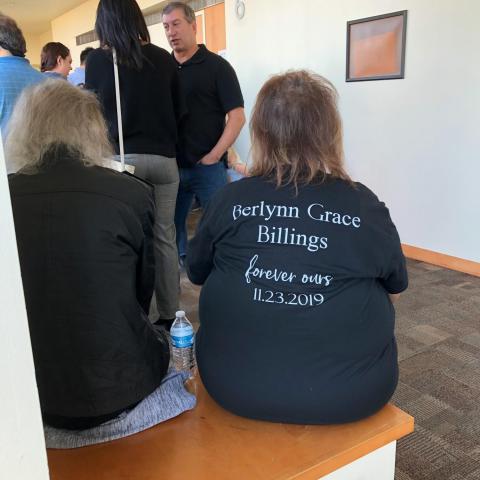 Scott Bourque/KJZZ
One of the many supporters wearing special-made shirts to celebrate adoptions at the 2019 National Adoption Day event at the Durango Juvenile Courthouse in Phoenix on Nov. 23, 2019. 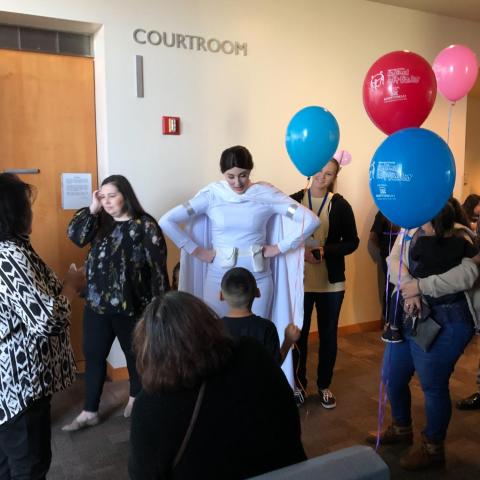 Scott Bourque/KJZZ
A Queen Amidala impersonator talks to a soon-to-be adopted child at the 2019 National Adoption Day event at the Durango Juvenile Courthouse in Phoenix on Nov. 23, 2019. 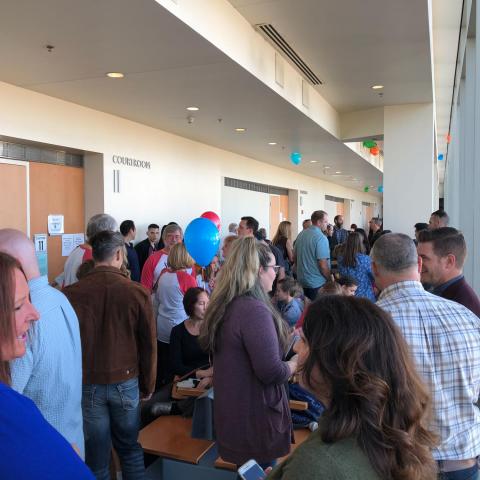 Scott Bourque / KJZZ
A crowd of supporters outside Courtroom 11, where four-year-old Isabella was about to officially become a member of Josh and Rachel Haake's family on National Adoption Day on Nov. 23, 2019.